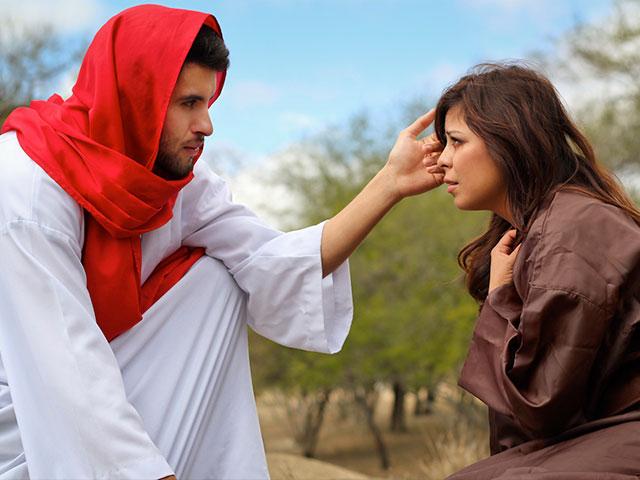 While ministry has those moments that make us smile, the truly satisfying aspect of ministry is the joy of seeing someone’s life changed through an encounter with Jesus. Mark, in his Gospel, records a classic example of that.

“And they came, bringing to him a paralytic carried by four men. And when they could not get near him because of the crowd, they removed the roof above him, and when they had made an opening, they let down the bed on which the paralytic lay. And when Jesus saw their faith, he said to the paralytic, “Son, your sins are forgiven..’” Mark 2:3-5 (ESV)

This miracle is significant because it not only shows the power of Jesus, and His grace to those who need Him, but it shows the way we can be part of His ministry.

There is tenderness in the way Jesus greeted the paralyzed man. The man was a sinner. That is clear because one of the things Jesus did was forgive his sin. Now his friends had lowered him into the presence of Jesus, the holiest man who ever lived. That would be intimidating. He was paralyzed, had been dropped through the roof, and now lay helpless in front of the very Son of God. Understanding the man’s dilemma, Jesus first said to him, “Take heart, my son.” Matthew 9:2 (ESV) What a comforting thing to say to a sinful man who had interrupted His teaching session. Jesus literally meant, “There’s nothing to fear here.”

How many times have we thought of God as Someone to fear? Ashamed of our sins, we too often avoid His presence, when His presence is the safest place for us to be. While Jesus would eventually forgive the man’s sin and heal his paralysis, He began by removing the man’s fear.

Anyone could see that the man was paralyzed. Jesus would deal with that. What no one else could see was the condition of the man’s heart. Jesus started there. He probed deeper than anyone else could have. He does that for us, too. He goes right to the root problem and deals with that first. Jesus begins His dealings with us by removing our fear of Him and taking our sin away.

When Jesus finally said, “Get up, take your mat and go home,” the man did something he hadn’t been able to do. The natural response to that would have been, “I can’t do that, I’m paralyzed.” The paralyzed man didn’t say that. He attempted something that had been impossible before and stood to his feet. That’s what happens to us when fear and guilt are removed. We aren’t afraid to attempt the impossible.

The unique aspect of this story is the four friends and the lengths to which they went to help their friend. He was paralyzed and couldn’t have gotten to Jesus on his own. He needed the help of friends who cared enough about him to carry his limp body to the place where Jesus was ministering.

The most amusing part of the entire story is the method the men used to get help for their friend. The building was so crowded that they couldn’t get inside. So they climbed the stairs on the outside of the house, with their friend in tow, and dug a hole in the roof large enough to accommodate a man’s bed. They tore up a roof to get their friend to Jesus. Those four desperate men did something that violated every principle of property rights. They destroyed a man’s house. Anyone who destroys someone else’s roof is a lawbreaker. We may have expected Jesus to look up and say, “Vandals!” He didn’t. Mark says that He looked up and “saw their faith.”

We live in a world where people are hurting. They are swamped by shame, guilt, and condemnation. They need someone to carry them to Jesus. When we came to Jesus, someone carried us. Some people will never get to Jesus unless they’re carried. As you walk through life this week, be alert for opportunities to be the one who carries a paralyzed person to Him.

Streams in the Desert – February 20

It is possible, for those who really are willing to reckon on the power of the Lord for keeping and victory, to lead a life in which His promises are taken as they stand and are found to be true.

It is possible to cast all our care upon Him daily and to enjoy deep peace in doing it.

It is possible to have the thoughts and imaginations of our hearts purified, in the deepest meaning of the word.

It is possible to see the will of God in everything, and to receive it, not with sighing, but with singing.

It is possible by taking complete refuge in Divine power to become strong through and through; and, where previously our greatest weakness lay, to find that things which formerly upset all our resolves to be patient, or pure, or humble, furnish today an opportunity — through Him who loved us, and works in us an agreement with His will and a blessed sense of His presence and His power — to make sin powerless over us.

These things are DIVINE POSSIBILITIES, and because they are His work, the true experience of them will always cause us to bow lower at His feet and to learn to thirst and long for more.

We cannot possibly be satisfied with anything less — each day, each hour, each moment, in Christ, through the power of the Holy Spirit — than to WALK WITH GOD.
–H. C. G. Moule

We may have as much of God as we will. Christ puts the key of the treasure-chamber into our hand, and bids us take all that we want. If a man is admitted into the bullion vault of a bank, and told to help himself, and comes out with one cent, whose fault is it that he is poor? Whose fault is it that Christian people generally have such scanty portions of the free riches of God?
–McLaren

“Keep thy heart with all diligence; for out of it are the issues of life.” Proverbs 4:23

If I should vainly attempt to fashion my discourse after lofty models, I should this morning compare the human heart to the ancient city of Thebes, out of whose hundred gates multitudes of warriors were wont to march. As was the city such were her armies, as was her inward strength, such were they who came forth of her. I might then urge the necessity of keeping the heart, because it is the metropolis of our manhood, the citadel and armoury of our humanity. Let the chief fortress surrender to the enemy, and the occupation of the rest must be an easy task. Let the principal stronghold be possessed by evil, the whole land must be overrun thereby. Instead, however, of doing this, I shall attempt what possibly I may be able to perform, by a humble metaphor and a simple figure, which will be easily understood; I shall endeavour to set forth the wise man’s doctrine, that our life issues from the heart, and thus I shall labour to show the absolute necessity of keeping the heart with all diligence. You have seen the great reservoirs provided by our water companies, from which the water which is to supply hundreds of streets and thousands of houses comes. Now, the heart is just the reservoir of man, and our life is allowed to flow in its proper season. That life may flow through different pipes—the mouth, the hand, the eye; but still all the issues of hand, of eye, of lip, derive their source from the great fountain and central reservoir, the heart; and hence there is no difficulty in showing the great necessity that exists for keeping the reservoir, the heart, in a proper state and condition, since otherwise that which flows through the pipes must be tainted and corrupt.

“You have rejected us. You have broken us … You have made Your people experience hardship … God has spoken in His holiness … Through God we shall do valiantly, and it is He who will tread down our adversaries.” – Psalm 60:1, 3, 6, 12 NASB

As happened often, David had to work through the crises he faced. He had to figure out what they meant and what to do.

In this psalm, he began by expressing his honest thoughts toward God – His sense that God had rejected them and even made them “experience hardship.” He reminded God that Israel was His “beloved” (v. 5); he prayed for His help.

In the end, David declared His confidence in God. He was certain that through Him, they would “do valiantly.” God Himself would defeat their adversaries.

This perspective still is true. God still is holy. He cannot change. He always does what is right. As we pray, we can be reminded of His love for us and the fact that we are His people. We also must remember that God is sovereign. He has a plan for the world, for each nation, and for each of us.

As you think about the challenges you face, remember that God is sovereign and holy. And He loves you. Rest in His love. Think about His faithfulness. Remember, you can depend on Him and trust Him unconditionally.

Since you are my rock and my fortress, for the sake of your name lead and guide me.
Psalm 31:3
DailyVerses.net