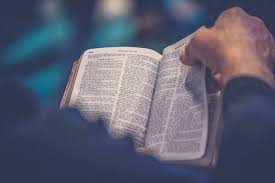 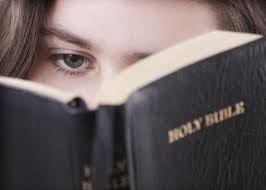 12 Therefore, since we are surrounded by such a great cloud of witnesses, let us throw off everything that hinders and the sin that so easily entangles. And let us run with perseverance the race marked out for us, 2 fixing our eyes on Jesus, the pioneer and perfecter of faith. For the joy set before him he endured the cross, scorning its shame, and sat down at the right hand of the throne of God. 3 Consider him who endured such opposition from sinners, so that you will not grow weary and lose hear

The Woman At The Well
The woman at the well turned her eyes upon Jesus and received salvation and witnessed about Him to her entire town.

Jesus Talks With a Samaritan Woman

4 Now Jesus learned that the Pharisees had heard that he was gaining and baptizing more disciples than John— 2 although in fact it was not Jesus who baptized, but his disciples. 3 So he left Judea and went back once more to Galilee.

4 Now he had to go through Samaria. 5 So he came to a town in Samaria called Sychar, near the plot of ground Jacob had given to his son Joseph.6 Jacob’s well was there, and Jesus, tired as he was from the journey, sat down by the well. It was about noon.

7 When a Samaritan woman came to draw water, Jesus said to her, “Will you give me a drink?” 8 (His disciples had gone into the town to buy food.)

10 Jesus answered her, “If you knew the gift of God and who it is that asks you for a drink, you would have asked him and he would have given you living water.” 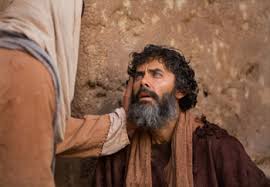 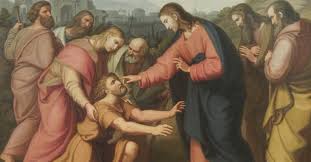 Before Bartimaeus was given his sight, he first had faith in Jesus. His spiritual vision was not impaired. He believed in Jesus and was healed.

46 Then they came to Jericho. As Jesus and his disciples, together with a large crowd, were leaving the city, a blind man, Bartimaeus (which means “son of Timaeus”), was sitting by the roadside begging. 47 When he heard that it was Jesus of Nazareth, he began to shout, “Jesus, Son of David, have mercy on me!”

48 Many rebuked him and told him to be quiet, but he shouted all the more, “Son of David, have mercy on me!”

So they called to the blind man, “Cheer up! On your feet! He’s calling you.” 50 Throwing his cloak aside, he jumped to his feet and came to Jesus.

52 “Go,” said Jesus, “your faith has healed you.” Immediately he received his sight and followed Jesus along the road.

The Thief On the Cross

The thief on the cross turned his eyes to Jesus and by faith he was saved from his sins.

39 One of the criminals who were hanged there was [a]hurling abuse at Him, saying, “Are You not the [b]Christ? Save Yourself and us!” 40 But the other answered, and rebuking him said, “Do you not even fear God, since you are under the same sentence of condemnation? 41 And we indeed are suffering justly, for we are receiving [c]what we deserve for our deeds; but this man has done nothing wrong.” 42 And he was saying, “Jesus, remember me when You come [d]in Your kingdom!” 43 And He said to him, “Truly I say to you, today you shall be with Me in Paradise.”

And if you do good to those who are good to you, what credit is that to you? Even sinners do that.
Luke 6:33
DailyVerses.net