The Emmaus road leads from heartbreak to joy. Jesus is in the midst of your issue. Whatever the trouble is, Jesus is there to comfort you. He comforts the brokenhearted. 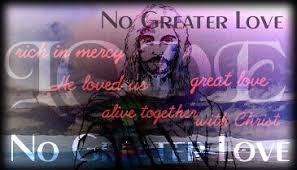 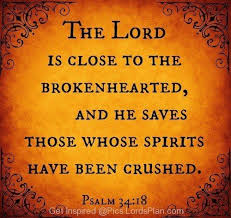 On the Road to Emmaus

Note: These men walking the road to Emmaus had just witnessed Jesus’ death and they were heartbroken. Jesus appeared to them on the road and later he gave them great encouragement so that they could go forth as witnesses of his resurrected life.

My favorite part about “The Road to Emmaus” is that only one of the two men is named.  His

name was Cleopas.  Who was the other?  One theory is that it was Luke himself.

I have a different theory.  I think that the other one is you.

In yesterday’s sermon, I gave my people “Five Signs That You Are on the Road to Emmaus.”

I will nutshell them here.

You don’t have all the answers.  The two men were followers of Jesus and believers in Him.

And yet they had questions about His death and now possible resurrection.  As a Christian,

you still have questions, often about the more difficult things in life.

You don’t walk alone.  The two men had each other to walk with.  You have other Christians

and your congregation.  And Jesus.  He came and walked with those two men.  He comes and
walks with us.  “Let Us Ever Walk with Jesus”!
He opens to you His Word.  “They said to each other, ‘Did not our hearts burn within us while
He talked to us on the road, while He opened to us the Scriptures?'” (32).  He simplifies the Bible
by showing us that it’s all about Him, and especially His death and resurrection for our
salvation.  Let, therefore, your heart burn with love for His Word!  And amid life’s questions, we

have the most important Answer: God’s love in Jesus!

You see Him in the Sacrament (Holy Communion).  The two men “recognize Him in the

breaking of the bread” (31 and 35).  This is a wonderfully mysterious part of the story.  And I
would say that it points to the faith, given to you by the Holy Spirit, to see (and receive!) the

crucified-risen Jesus in the Sacrament.

You say, “Christ is risen!”  The two men return and say to the others, “The Lord has risen

indeed!” (34).  “Indeed” means really, actually, and truly.  Christians believe that Jesus has really
risen, and that our lives are different now because of it!  “Christ is risen!” is a great confession,
but learning to live the words is the important next step.  But the resurrection is the very power

If you have time, read Luke 24:13-35, believing that you are indeed the unnamed disciple!

Walking To Emmaus. ( From: onesmalldevotion.com).

The Road to Emmaus 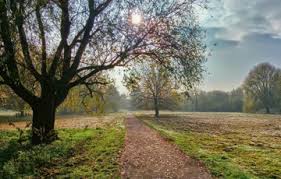 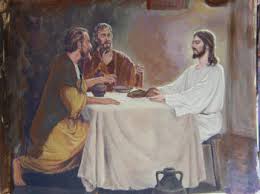 “Beginning with Moses and all the Prophets, he interpreted to them in all the Scriptures the things concerning himself” (Luke 24:27).

The late John H. Gerstner once told a story about an encounter he had with Perry Miller, America’s foremost Jonathan Edwards scholar. Miller greatly respected the sheer brilliance and complexity of Edwards’ thought, which is not surprising, since many people have regarded Edwards as the greatest theologian America ever produced. However, at the same time, this learned man considered Edwards’ biblical presentations on hell in sermons such as “Sinners in the Hands of an Angry God” to be repulsive.

Dr. Gerstner, knowing that this scholar was not a Christian, once remarked to him that if Edwards was right then he, as an unbeliever, was in serious trouble. The professor could only reply, “I know, I just hope that he is wrong.”

In a similar fashion, a person can study the Word of God for many years and still not be convinced to trust in its message. Apart from the sovereign intervention of the Lord’s grace, we are dead in sin and unable to respond to the message of salvation found in sacred Scripture (Eph. 2:1–3). Without the work of the Spirit through the preaching of the Word, no man can ever trust in the promises God made through Jesus (John 3:5; Rom. 10:14–15).

The meeting Jesus had with the two disciples on the road to Emmaus after His resurrection helps to illustrate this point. These two men, greatly discouraged after the death of this great prophet and teacher, find it unbelievable that this “stranger” does not seem to know of the events of Christ’s passion (Luke 24:13–21). And remarkably, even the evidence of the empty tomb could not convince these disciples that their Lord had returned to life (vv. 22–24).

No, it took Jesus Himself to open their eyes to the necessity of the Messiah’s death and resurrection as predicted in the Law and the Prophets (vv. 25–35). Scripture remains the Word of God regardless of whether or not we ever trust in its promises, but it takes the intervention of the Almighty to cause us to believe in its message. May we always be quick to heed the Word whenever the Holy Spirit opens its meaning to us.    (From: Ligonier Ministries).

The Sad Road To Emmaus 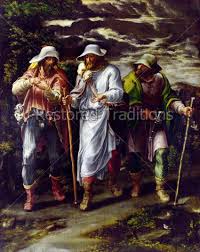 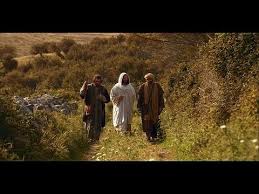 But we had hoped that he was the one who was going to redeem Israel. Not only this, but it is now the third day since these things happened (Luke 24:21).

I have always felt so sorry that in that walk to Emmaus the disciples had not said to Jesus, “We still trust”; instead of “We trusted.” That is so sad—something that is all over.

If they had only said, “Everything is against our hope; it looks as if our trust was vain, but we do not give up; we believe we shall see Him again.” But no, they walked by His side declaring their lost faith, and He had to say to them “O fools, and slow of heart to believe!”

Are we not in the same danger of having these words said to us? We can afford to lose anything and everything if we do not lose our faith in the God of truth and love.

Let us never put our faith, as these disciples did, in a past tense—“We trusted.” But let us ever say, “I am trusting.”
—Crumbs

The soft, sweet summer was warm and glowing,
Bright were the blossoms on every bough:
I trusted Him when the roses were blooming;
I trust Him now…

Small were my faith should it weakly falter
Now that the roses have ceased to blow;
Frail were the trust that now should alter,
Doubting His love when storm clouds grow.
—The Song of a Bird in a Winter Storm