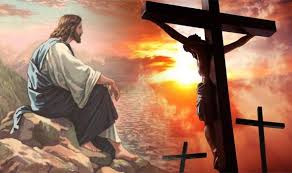 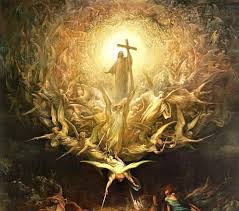 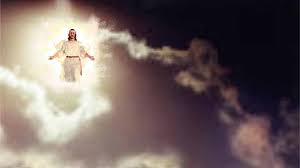 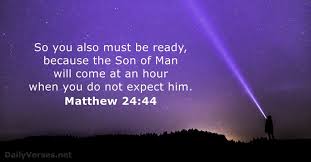 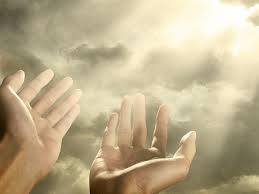 “Keep watch, because you do not know on what day your Lord will come… The Son of Man will come at an hour when you do not expect him.”
—Matthew 24:42-44 —

Several years ago, during the war in the Persian Gulf, a bill-board along a major highway read, “Be ready! Jesus is coming soon!” Many Christians were absolutely convinced that Jesus was about to come back. Time magazine wrote at that time that millions of Americans were preoccupied with the end of the world.

One day while I was driving past that billboard, a teenager riding with me said, “Wouldn’t that be awesome if Jesus came back today?” That comment took me by surprise, coming from a teenager. When I was in high school, I wasn’t so sure that I wanted Jesus to come back right away. I wanted to live life, get out of school, and get married—and Jesus’ second coming would have put an end to all that.

That teenager’s comment raises a question for us all: “Do we want the Lord Jesus to come back soon? Would we think it awesome if he came back today, June 22, 2014? Are we praying for his return?”

Regardless of whether we pray for Jesus’ coming or we expect him to come soon, one thing is sure: he will return. The Bible leaves no doubt that someday the Lord Jesus will come back on the clouds of heaven. And when he does, all who believe in him will live with him forever and ever. Let’s pray for that day!

What Is It That We Hope For? 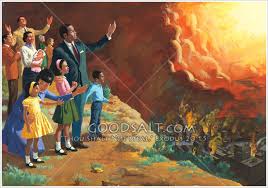 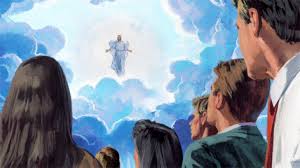 What do we hope for:

Today’s answer is taken from Titus 2:13.

. . . awaiting our blessed hope, the appearing of the glory of our great God and Savior Jesus Chris

What is the content of our blessed hope according to this verse? THE APPEARING OF OUR GREAT GOD AND SAVIOR JESUS CHRIST. We set our hope on the second coming of our Lord.

The Blessed Hope of Believers

And let us encourage our hearts this morning that the blessed hope of all who believe is THE APPEARING OF OUR GREAT GOD AND SAVIOR JESUS CHRIST.

Verse 11: “For the grace of God has appeared for the salvation of all men.” That is the first coming of Christ — the appearance of grace.

Then verse 13: “Awaiting our blessed hope, the appearing of the glory of our great God and Savior Jesus Christ.” That is the second coming of Christ — the appearance of glory.

First grace, then glory. In Paul’s mind these two are inseparably linked. Which is why the rejection of a real second coming is an attack on the very center of our faith, namely, the first coming of Christ to die for sins. The Christ who will come in glory is the Christ who came in grace.

Verse 14 describes just how that grace appeared — “[Christ] gave himself for us to redeem us from all iniquity and to purify for himself a people of his own who are zealous for good deeds.” So when the grace of God appeared in history about 2,000 years ago, it appeared as a real man, who really died to redeem us from sin and to make us zealous, or passionate, for good deeds. This was the aim or purpose of the appearance of God’s grace in Jesus Christ.

That same aim of grace is described in verse 12 as well: “The grace of God appeared training us to renounce irreligion and worldly passions, and to live sober, upright, and godly lives in this world.” That is the same as saying (in v. 14) that Christ aimed to purify us and make us zealous for good deeds.

Looking Back and Looking Forward

I think it would be fair to say on the basis of these four verses (vv. 11–14) that the incentive and power to live a Christian life pleasing to God comes from two directions as it were: it comes from looking back with gratitude to the grace of God that appeared in Jesus Christ at his first coming when he purchased our redemption; and it comes from looking forward with hope to the glory of God that will appear at the second coming when he completes our redemption.

Hebrews 9:27–28 describes the connection between the past and future work Christ as clearly as any biblical text.

Just as it is appointed for men to die once, and after that comes judgment, so Christ, having been offered once to bear the sins of many, will appear a second time, not to deal with sin but to save those who are eagerly waiting for him.

This passage teaches so clearly that the saving work of Christ began with his first coming when he bore our sin in his body on the cross and will be completed at his second coming when he saves us from the final wrath of God and gives us rest in his kingdom. Strip away the second coming and salvation is torn in half. (See also 1 Thessalonians 1:10; Romans 5:9–10.) And half a salvation is no salvation.

t Is a Glorious Hope

It is “the appearing of THE GLORY of our great God and Savior Jesus Christ.” Listen to John’s attempt to put this into words in Revelation:

I saw . . . one like a son of man, clothed with a long robe and with a golden girdle round his breast; his head and his hair were white as white wool, white as snow; his eyes were like a flame of fire, his feet were like burnished bronze, refined as in a furnace, and his voice was like the sound of many waters; in his right hand he held seven stars, from his mouth issued a sharp two-edged sword, and his face was like the sun shining in full strength. (Revelation 1:13–16)

Behold, he is coming on the clouds of heaven with power and great glory; and he will send out his angels with a loud trumpet call, and they will gather his elect from the four winds, from one end of heaven to the other. And we shall glorify the Lord and enjoy his greatness forever and ever.

Let the final word belong to the great apostle of hope:

Henceforth there is laid up for me the crown of righteousness, which the Lord, the righteous judge, will award to me on that Day, and not only to me but also to all who have loved his appearing. (2 Timothy 4:8)

Do you love the appearing of Christ? If not, confess the sin; pray for the awakening of your heart; and set yourself to meditate on the blessedness, visibility, and glory of the coming of our great God and Savior, Jesus Christ.

For in the gospel the righteousness of God is revealed—a righteousness that is by faith from first to last, just as it is written: “The righteous will live by faith.”
Romans 1:17
DailyVerses.net