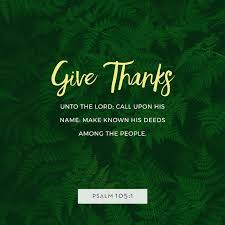 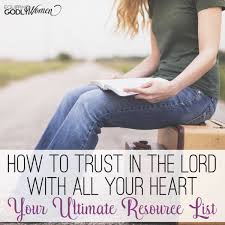 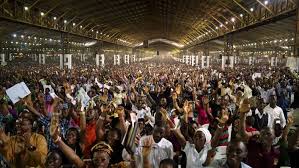 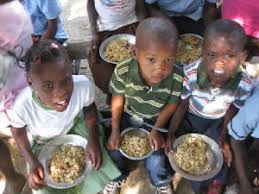 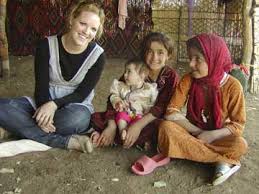 The Dance of Faith

By: Whitney Capps, Encouragement for Today

( In this picture, David is dancing and rejoicing for God’s grace and love)

Bible Gateway Psalm 148 : NIV. Praise the LORD. … Let them praise the name of the LORD, for his name alone is exalted; his splendor is above the earth and the heavens. He has raised up for his people a horn, the praise of all his saints, of Israel, the people close to his heart.

13 Let them praise the name of the Lord,
for his name alone is exalted;
his splendor is above the earth and the heavens.
14 And he has raised up for his people a horn,[b]
the praise of all his faithful servants,
of Israel, the people close to his heart.

“Let the morning bring me word of your unfailing love, for I have put my trust in you. Show me the way I should go, for to you I entrust my life.” Psalm 143:8 (NIV)

Like many newlyweds do, Chad and I had a traditional first dance at our wedding reception. Now, it wasn’t the stuff of epic, viral first dances. Nope. It was a rather boring demonstration. Very, very vanilla. We treated our guests to several minutes of us recycling the same three moves and shuffling around to Etta James’ “At Last.” Oh, and there was one fairly awkward dip at the end. One dip. And we nearly fell over.

I’m not much of a dancer, but I can follow a strong partner. Chad is a great leader. In business, he’s thoughtful, decisive, collaborative and confident. But on the dance floor? He’s the exact opposite of all that. So, during our wedding dance, I tried to lead, but we ended up stepping on one another’s toes. A lot.

When that didn’t work, I tried to coach him along. I’d whisper in his ear what next steps to take, so I could “follow” him. That way it would look like he was leading, but I was still in charge, making sure we didn’t do something that would haunt us for the rest of our lives. This thing was being videotaped, after all! That didn’t work either. In dancing, you’re not really leading if you have to be told what to do.

On that May evening years ago, we moved around to music, but I don’t know legitimate dancers would say we actually “danced.” We were going through the motions, but we weren’t dancing.

When I look back on my spiritual journey — the dance I have with the Lord — I’d say the same has been true. I’ve been going through the motions, but I don’t know if you’d call it “dancing.”

I’ve often thought that I know the song better. Or I’ve danced along to a song in my head, trying to make my own music. Sometimes I would breakdance when the Lord was trying to lead me to waltz. I resisted the gentle pull of His arms, pushing Him away so I could do my own thing.

Now in this analogy, God is nothing like my Chad when it comes to dancing. Our strong and tender God is completely competent to lead us. He knows all the moves to make. He knows the rhythm of our lives perfectly; He wrote the music. He isn’t making it up as He goes along. It’s all been perfectly orchestrated since the beginning of time.

Today’s key verse, Psalm 143:8, reminds us to fully trust God to lead us. “Let the morning bring me word of your unfailing love, for I have put my trust in you. Show me the way I should go, for to you I entrust my life.”

Ultimately, this dance of sanctification is God’s process to lead. He’s the One who designed it. He’s the One in control of it. He’s the One setting the pace. At the end of your faith journey, you will be sanctified — set apart as holy — because God is the one initiating the whole thing, and He promises to finish the dances that He starts.

Christ about his Father’s business

The Boy Jesus Amazes the Scholars

41 His parents went to Jerusalem every year at the Feast of the Passover. 42 And when He was twelve years old, they went up to Jerusalem according to the custom of the feast. 43 When they had finished the days, as they returned, the Boy Jesus lingered behind in Jerusalem. And [l]Joseph and His mother did not know it; 44 but supposing Him to have been in the company, they went a day’s journey, and sought Him among their relatives and acquaintances. 45 So when they did not find Him, they returned to Jerusalem, seeking Him. 46 Now so it was that after three days they found Him in the temple, sitting in the midst of the teachers, both listening to them and asking them questions. 47 And all who heard Him were astonished at His understanding and answers. 48 So when they saw Him, they were amazed; and His mother said to Him, “Son, why have You done this to us? Look, Your father and I have sought You anxiously.”

49 And He said to them, “Why did you seek Me? Did you not know that I must be about My Father’s business?” 50 But they did not understand the statement which He spoke to them.

You never find Christ doing a thing which you may not imitate. You would scarcely think it necessary that he should be baptised; but lo, he goes to Jordan’s stream and dives beneath the wave, that he may be buried in baptism unto death, and may rise again—though he needed not to rise—into newness of life. You see him healing the sick to teach us benevolence; rebuking hypocrisy to teach us boldness; enduring temptation to teach us hardness, wherewith, as good soldiers of Christ, we ought to war a good warfare. You see him forgiving his enemies to teach us the grace of meekness and of forbearance; you behold him giving up his very life to teach us how we should surrender ourselves to God, and give up ourselves for the good of others. Put Christ at the wedding; you may imitate him. Yes, sirs, and you might imitate him, if you could, in turning water into wine, without a sin. Put Christ at a funeral; you may imitate him—“Jesus wept.” Put him on the mountain top; he shall be there in prayer alone, and you may imitate him. Put him in the crowd; he shall speak so, that if you could speak like him you should speak well. Put him with enemies; he shall so confound them, that he shall be a model for you to copy. Put him with friends, and he shall be a “friend that sticketh closer than a brother,” worthy of your imitation. Exalt him, cry hosanna, and you shall see him riding upon a “colt, the foal of an ass,” meek and lowly. Despise and spit upon him; you shall see him bearing disgrace and contempt with the same evenness of spirit which characterised him when he was exalted in the eye of the world. Everywhere you may imitate Christ.

For meditation: The imitation of Christ is an impossible way to obtain salvation, but it is an excellent way of follow-up after conversion (John 13:15; 1 Corinthians 11:1; 1 Peter 2:21).

Keep this Book of the Law always on your lips; meditate on it day and night, so that you may be careful to do everything written in it. Then you will be prosperous and successful.
Joshua 1:8
DailyVerses.net