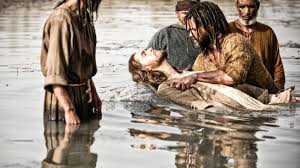 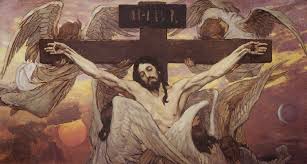 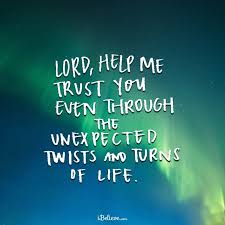 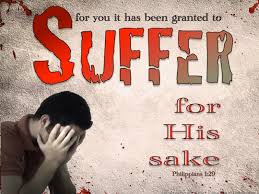 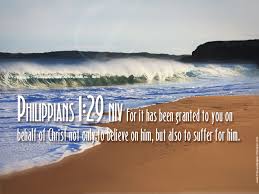 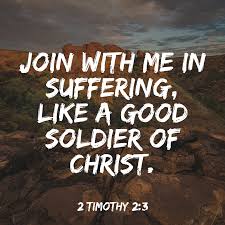 8 Ways Jesus Suffered for You

In the churches I grew up in, all the crosses I saw were plain and empty—and usually painted white. We celebrated the fact that Jesus came off the cross and was raised from the dead on Resurrection Sunday. So I always considered the Catholic cross very odd because Jesus was still hanging there in bloody agony. Some people I knew even suggested that crucifixes should be avoided because they leave Jesus in perpetual death.

I’m not lobbying for anyone to wear a crucifix. But I do think we Protestants have at times been so fearful of Catholic doctrines that we minimized Jesus’ painful suffering. In the Gospels, plenty of time is spent describing the torture that led to Calvary and the pain Jesus suffered while nailed to a piece of wood. We should ponder what Jesus suffered if we ever hope to fathom the price He paid for our salvation.

Here are eight things we should think about during the days leading up to Easter:

1. He was betrayed by His disciple Judas. Jesus’ pain was not just physical. Can you imagine the sorrow He felt when one of His own trusted friends became the ultimate traitor? We aren’t exactly sure how to calculate the modern value of 30 pieces of silver, but many scholars suggest about $950. All the pain Jesus endured on Good Friday began the night before, when Judas took blood money to have his Master arrested.

Think about it: There’s a bit of Judas in all of us, and we all betrayed Jesus to get our own way. Yet He chose to forgive us!

2. He was abandoned by His other followers. We often focus on Peter’s denial of Jesus. But the Scriptures remind us that all of Jesus’ disciples “left Him and fled” after His arrest (Mark 14:50, NASB). Jesus had to suffer alone. All the men He had taught and invested in for three and a half years abandoned Him in His hour of need.

Think about it: Jesus paid it all. He accomplished His work of redemption without our help. But He forgave us for our denials!

3. He carried the burden of the sins of the world. Jesus’ greatest agony didn’t start on the cross. It began at Gethsemane, where God laid on His Son the sins of the world. Jesus agonized so intensely in those moments that He sweat drops of blood (Luke 22:44). Scholars say He probably developed a condition known as hematidrosis, in which blood is emitted through the sweat glands because of intense stress.

Think about it: Your sin was transferred to Jesus’ account, and He bore the punishment you deserved!

4. He was falsely accused and rejected by Jewish leaders. Can you imagine the heartache Jesus experienced when the very people He was sent to save spat in His face, blindfolded Him, cursed Him and accused Him of blasphemy? The Sanhedrin set up a kangaroo court and sentenced the Son of God to death.

Think about it: Jesus did not open His mouth in self-defense when He was falsely accused. Now, when Satan accuses you, Jesus argues your case and declares you not guilty!

5. He was mocked and abused by Roman guards. After Pilate caved into pressure from the Jews, Roman soldiers flogged Jesus with a whip, drove a crown of thorns into His scalp, beat His head with sticks and mockingly pretended to worship Him. The flogging alone—which would have involved leather cords with pieces of lead or bone attached—would have drained much of Jesus’ blood.

Think about it: Jesus could have called on angels to stop His torture—but He chose to endure the pain because He loved us!

6. He was crucified between two thieves. We cannot even fathom the pain of crucifixion. Metal spikes were driven into Jesus’ hands and feet, and He had to slide His mangled body up against the wood of the cross in order to catch His breath. And because it was the habit of Romans to crucify criminals naked, Jesus endured the ultimate shame. What’s more, He hung on that crude cross next to two men who had been convicted of crimes—while He was completely innocent.

Think about it: We should have been on death row, not Jesus. But He took our place!

7. His body was pierced with a spear. Even after Jesus took His last breath, a soldier jabbed a spear up through the chest cavity—most likely to make sure Jesus was dead. John tells us that blood and water spilled out (John 19:34), evidence that the spear pierced the pericardium, the sac around the heart. Jesus’ heart was literally broken for us.

8. He tasted death for all. This is the most horrible reality of the cross. Christ did not die metaphorically or symbolically. He died literally. The Son of God, who had never sinned—and who was least deserving of death—died so we could have life. His heart stopped beating, He stopped breathing and His spirit left Him. First Peter 3:18 says: “For Christ also died for sins once and for all, the just for the unjust, so that He might bring us to God.”

Think about it: Because Jesus died in our place, we no longer have to die. Eternal life is His free gift to us!

This Easter season, ponder the steps the Savior took from Gethsemane to Golgotha. Look at His nail-pierced hands and feet. Take a careful survey of His wondrous cross, and thank Him for hanging there six hours for you.

Remember when the disciples were on the Sea of Galilee and a storm struck? (Read Matthew 14.) The wind and waves began in the evening and continued all night long.

Meanwhile, Jesus was on a mountaintop praying, far away from the impending disaster. I’m convinced the disciples were praying for the storm to stop, or at least to be able to make it to the other side of the Sea and find safety on dry land. Jesus didn’t answer those prayers. Instead, He met them out on the Sea, walking on the water. Why?

This age-old question has kept millions at an arms-length away from their Creator. Why does human suffering occur and why does God not stop it? When we are going through trials and tribulations, we can hang our hats on this truth: God has a divine purpose in the pain. Our job is to trust Him through it and wait to see the spiritual fruit that accompanies it in the future.

“Praise be to the God and Father of our Lord Jesus Christ, the Father of compassion and the God of all comfort, who comforts us in all our troubles, so that we can comfort those in any trouble with the comfort we ourselves receive from God. For just as we share abundantly in the sufferings of Christ, so also our comfort abounds through Christ.” 2 Corinthians 1:3-5

God has not promised us an easy life. Far from it! He has promised His children that he will be with us through those trials. Jesus meets us in the middle of the storm to build our faith and to teach us to worship Him in truth and spirit.

Suffering produces a reliance on God in the heart of the faithful. Suffering pushes others further from the Lord when their souls are unfaithful and bitter. In essence, tough times separate the wheat from the chaff. As we grow spiritually, God begins to show us His power and comfort as we go through the curve balls in life.

The comfort we receive from Him can be used to bring people into the Kingdom of God. When non-believers experience trouble, it’s the perfect opportunity for the believer to comfort them, love them, and understand them. When we show others God’s love through our lives, they will be prodded to consider Jesus as their own Lord and Savior.

We live on a fallen planet where sin and suffering is the natural order of things. Suffering will continue until sin disappears; and that will not happen until the Second Coming of our Lord.

Notice some key words in the verse 5: abundantly and abounds. The word abounds comes from the Latin word abundāre, meaning to overflow. Imagine a river after a rainstorm. The water overflows its banks because it cannot be contained. There’s too much water! In the same way, God provides a mechanism through the power of the Holy Spirit to bring an overflowing amount of comfort when times turn difficult.

That comfort is available in very large quantities when we humble ourselves before the Lord. This builds our faith and helps us shine a brighter light into a darkened world. One of the greatest evangelism tools we have is our testimony. Every powerful testimony contains copious examples of God’s grace and comfort when the wind threatens to tear us down. Seek God’s comfort today. You will not only be helping yourself, but you will also be providing a wonderful weapon for your Lord to use to see others come into His glorious kingdom.

The Almighty is beyond our reach and exalted in power; in his justice and great righteousness, he does not oppress.
Job 37:23
DailyVerses.net