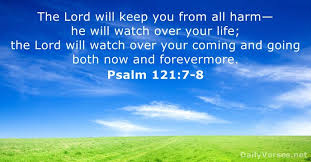 “Whatever you did for one of the least of these brothers of mine, you did for me.” Matthew 25:40

My friend Craig Phillips was a 27-year-old rising star in Chicago’s corporate world. His natural drive and determination landed him a premium position at a Fortune 500 company in the Loop—Chicago’s business district. Early in his career, he encountered Jesus on the way to work.

In his own words, Craig says, “One morning I was on my way to my beautiful corporate office with my nice clothes and my nice tie on and my expensive shoes, and I walked by this alley and saw this broken man lying underneath an elevator vent where the hot air was coming out for some warmth.” Chicago, like most metropolitan centers, is a curious mix of the very elite and the very poor, so Craig had encountered poverty and brokenness every day on the way to work. But this time, something stopped him in his tracks.

“I couldn’t go any further,” Craig continues. “I turned around and walked back in the alley. I went up to that man and asked, ‘Is that you, Jesus?’ I knew it wasn’t Jesus, but I knew that that is where Jesus would be.”

That encounter transformed Craig’s understanding of what it meant to walk with Jesus, freeing him from materialism and focusing him on the eternal. It sparked a life of service to Jesus, leading Craig to found two churches and compelling him for decades to volunteer at the Wayside Cross Mission in the suburbs of Chicago.

He had discovered a truth that, quite frankly, we can only realize if we take the instruction given in Matthew 25:31-46

seriously. In profound, yet simple words, Jesus tells His disciples that in their service to the broken and marginalized—the hungry, the imprisoned, the sick, and the naked—they will encounter Him. Think about that. The moment a lovingly prepared sandwich or cup of hot soup is passed to a homeless person in Christ’s name, the service is rendered to Jesus Himself!

If we could grasp this truth, I think it would radically reconfigure the way we view opportunities for service. When we see the stranded motorist with a flat tire, we would ask the question Craig asked, “Is that you, Jesus?” Or to the single parent in our neighborhood who needs some assistance with childcare we would say, “Is that you, Jesus?” The individual who is physically ravaged by illness would hear us ask, “Is that you, Jesus?” Service in the name of Christ no longer is a duty to be checked off our spiritual task list. It is an opportunity to encounter and minister to our Savior!

By the way, Craig was a regular volunteer with the Wayside Cross Mission in the southwest suburbs of Chicago until he went to be with the Lord in his late eighties. During those years he often sent me letters about his ministry and reminded me that our call to know Christ through service has no time limit or expiry date. “Love causes us to have no bars and no exclusions when we see someone hurting,” he wrote.

It’s something that Craig discovered in the Loop one day and has been living out ever since. Jesus is ready and waiting all around us. All we need to do is stop in our tracks, reach out, and serve in His name.

Imagine, O child of God, if you can, that triumphal march! The excited children restrained from ejaculations of wonder by the perpetual hush of their parents; the most uncontrollable excitement of the women as they found themselves suddenly saved from a fate worse than death; while the men followed or accompanied them ashamed or confounded that they had ever mistrusted God or murmured against Moses; and as you see those mighty walls of water piled by the outstretched hand of the Eternal, in response to the faith of a single man, learn what God will do for His own.

Dread not any result of implicit obedience to His command; fear not the angry waters which, in their proud insolence, forbid your progress. Above the voices of many waters, the mighty breakers of the sea, “the Lord sitteth King for ever.”

A storm is only as the outskirts of His robe, the symptom of His advent, the environment of His presence.

Dare to trust Him; dare to follow Him! And discover that the very forces which barred your progress and threatened your life, at His bidding become the materials of which an avenue is made to liberty.
–F. B. Meyer

Have you come to the Red Sea place in your life,
Where, in spite of all you can do,
There is no way out, there is no way back,
There is no other way but through?
Then wait on the Lord with a trust serene
Till the night of your fear is gone;
He will send the wind,
He will heap the floods,
When He says to your soul, “Go on.”
And His hand will lead you through—clear through–
Ere the watery walls roll down,
No foe can reach you, no wave can touch,
No mightiest sea can drown;
The tossing billows may rear their crests,
Their foam at your feet may break,
But over their bed you shall walk dry shod
In the path that your Lord will make.
In the morning watch, ‘beneath the lifted cloud,
You shall see but the Lord alone,
When He leads you on from the place of the sea
To a land that you have not known;
And your fears shall pass as your foes have passed,
You shall be no more afraid;
You shall sing His praise in a better place,
A place that His hand has made.
–Annie Johnson Flint

The sound in the mulberry trees

“When thou hearest the sound of a going in the tops of the mulberry trees, that then thou shalt bestir thyself: for then shall the Lord go out before thee, to smite the host of the Philistines.” 2 Samuel 5:24

If any of your acquaintance have been in the house of God, if you have induced them to go there, and you think there is some little good doing but you do not know, take care of that little. It may be God has used us as a foster mother to bring up his child, so that this little one may be brought up in the faith, and this newly converted soul may be strengthened and edified. But I’ll tell you, many of you Christians do a deal of mischief, by what you say when going home. A man once said that when he was a lad he heard a certain sermon from a minister, and felt deeply impressed under it. Tears stole down his cheeks, and he thought within himself, “I will go home to pray.” On the road home he fell into the company of two members of the church. One of them began saying, “Well, how did you enjoy the sermon?” The other said, “I do not think he was quite sound on such a point.” “Well,” said the other, “I thought he was rather off his guard,” or something of that sort; and one pulled one part of the minister’s sermon to pieces, and another the other, until, said the young man, before I had gone many yards with them, I had forgotten all about it; and all the good I thought I had received seemed swept away by those two men, who seemed afraid lest I should get any hope, for they were just pulling that sermon to pieces which would have brought me to my knees. How often have we done the same! People will say, “What did you think of that sermon?” I gently tell them nothing at all, and if there is any fault in it—and very likely there is, it is better not to speak of it, for some may get good from it.

Give to everyone who asks you, and if anyone takes what belongs to you, do not demand it back.
Luke 6:30
DailyVerses.net