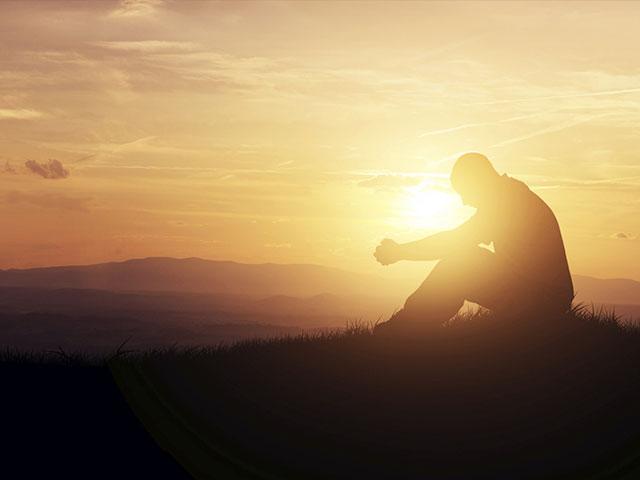 Our goal is to live godly lives. Those of us who have tried to do that know how hard it is to accomplish in our own strength. We have made promises to God we failed to keep. We have disciplined ourselves with rules we have broken. It’s not an easy thing to be godly when we try to do it by ourselves.

God knows that and He has an answer.

“His divine power has given us everything we need for a godly life through our knowledge of him who called us by his own glory and goodness.” 2 Peter 1:3 (NIV)

The power for godly living doesn’t come from us, it comes from God. It comes through our knowing Him. When we know Him, He gives us the divine power we need to live like Him.

The problem we often have is we forget His power is our source and we take on the burden of godliness. That can only produce a religion that ends in failure and frustration. It is fruitless to attempt living the Christian life without the resource of God’s power.

Dr. A. J. Gordon pastored in New England and was founder of Gordon-Conwell College and Seminary. He loved to take walks in the crisp morning air. One morning he saw a man behind a farmhouse pumping an outdoor water pump furiously. He was amazed the man could pump so fast without stopping.

He became so absorbed with the scene he wandered across the field to get a closer look. He saw it was not a man at all, but a wooden cut-out that looked like a man. The elbow was a hinge and the hand was wired to the pump handle. The man wasn’t pumping the pump handle. It was an artesian well and the pump handle was pumping the man. That is what it is like to serve the Lord.

Too many people believe we have to supply the power for living the Christian life. We simply attach ourselves by faith to the One who has all the power we need. That eliminates any room for pride. Our success in godly living is due to the fact that we are connected to Him.

Dr. Manford Gutzke, in one of his sermons, told of an old sculptor who was ill. He was recuperating during the summer at his son’s home. His son bought him a block of marble to work with and placed it in a shaded corner of the backyard. The grandson watched his grandfather work in the early days of summer but then lost interest. That fall, the grandson was in the shaded part of the backyard and saw a marble angel on a marble pedestal. He was puzzled for a moment, then grinned and looked at his grandfather. “You knew he was in there all the time.”

Jesus knows what He can make of us when He first calls us. After all, when we were really messed up He called us. That’s because He knew what He could make of us with His divine power. Our godliness is not because we are perfect. It’s because He is perfect and He empowers us. We get blessed and He gets the glory.

For what if some did not believe? shall their unbelief make the faith of God without effect? (Rom. 3:3).

I think that I can trace every scrap of sorrow in my life to simple unbelief. How could I be anything but quite happy if I believed always that all the past is forgiven, and all the present furnished with power, and all the future bright with hope because of the same abiding facts which do not change with my mood, do not stumble because I totter and stagger at the promise through unbelief, but stand firm and clear with their peaks of pearl cleaving the air of Eternity, and the bases of their hills rooted unfathomably in the Rock of God. Mont Blanc does not become a phantom or a mist because a climber grows dizzy on its side.
–James Smetham

Is it any wonder that, when we stagger at any promise of God through unbelief, we do not receive it? Not that faith merits an answer, or in any way earns it, or works it out; but God has made believing a condition of receiving, and the Giver has a sovereign right to choose His own terms of gift.
–Rev. Samuel Hart

Unbelief says, “How can such and such things be?” It is full of “hows”; but faith has one great answer to the ten thousand “hows,” and that answer is–GOD!
–C. H. M.

No praying man or woman accomplishes so much with so little expenditure of time as when he or she is praying.

If there should arise, it has been said–and the words are surely true to the thought of our Lord Jesus Christ in all His teaching on prayer—if there should arise ONE UTTERLY BELIEVING MAN, the history of the world might be changed.

Will YOU not be that one in the providence and guidance of God our Father?
–A. E. McAdam

Prayer without faith degenerates into objectless routine, or soulless hypocrisy. Prayer with faith brings Omnipotence to back our petitions. Better not pray unless and until your whole being responds to the efficacy of your supplication. When the true prayer is breathed, earth and heaven, the past and the future, say Amen. And Christ prayed such prayers.
–P. C. M.

Nothing lies beyond the reach of prayer except that which lies outside the will of God.

Let us go forth

‘Let us go forth therefore unto him without the camp, bearing his reproach.’ Hebrews 13:13

The Christian is to be separate from the world as to his company. He must buy, and sell, and trade like other men in the world, but yet he is not to find his intimate friends in it. He is not to go out of society and shut himself up in a monastery; he is to be in the world but not of it; and his choice company is not to be among the loose, the immoral, the profane, no, not even among the merely moral—his choice company is to be the saints of God. He is to select for his associates those who shall be his companions in the world to come. As idle boys were accustomed to mock at foreigners in the streets, so do worldlings jeer at Christians; therefore the believer flies away to his own company when he wants good fellowship. The Christian must come out of the world as to his company. I know this rule will break many a fond connection; but ‘be ye not unequally yoked together with unbelievers.’ I know it will snap ties which are almost as dear as life, but it must be done. We must not be overruled even by our own brother when the things of God and conscience are concerned. You must follow Christ, whatever may be the enmity you may excite, remembering that unless you love Christ better than husband, or father, or mother, yes, and your own life also, you cannot be his disciple. If these be hard terms, turn your backs, and perish in your sins! Count the cost; and if you cannot bear such a cost as this, do not undertake to be a follower of Christ.

For meditation: Godly King Jehoshaphat of Judah seemed incapable of learning this lesson. Note the contrast with wicked King Ahab of Israel (2 Chronicles 17:3–6; 1 Kings 16:30–33), his compromise with him (2 Chronicles 18:1–3), the chastisement it caused (2 Chronicles 19:1–3) and the correction this brought (2 Chronicles 20:1–4). But the continuation of the account is salutary—Jehoshaphat fell for the same trick again (2 Chronicles 20:35–37) and again (2 Kings 3:6–7)! ‘I am as thou art’ is a false and foolish attitude for a Christian to adopt towards a non-Christian.