I’m a New Creation … Why Don’t You Believe Me? 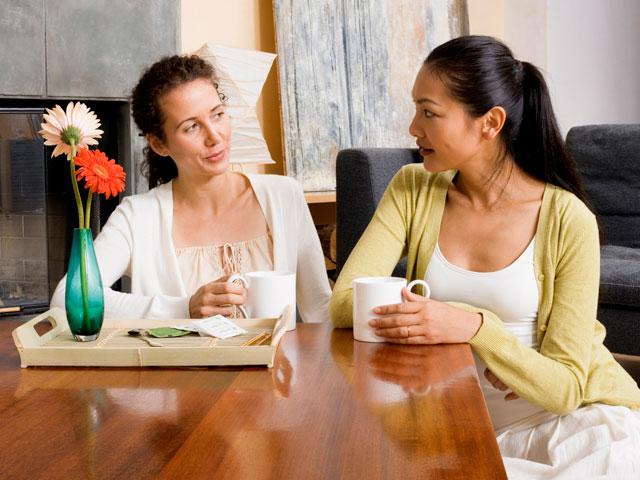 How could her husband trust her? Why should he believe her? Those were the concerns my friend expressed to me as we sipped our coffee. It had been only six months since she ended her affair. She knew her relationship with Jesus Christ was real. She knew she was different. She knew there was no going back, but how could her husband know it too? She was living proof of 2 Corinthians 5:17,

“This means that anyone who belongs to Christ has become a new person. The old life is gone; a new life has begun!” (NLT)

Her husband told her he forgave her; however, it became evident he was still skeptical. She accepted the fact it would take time to rebuild trust, but she was eager to show him her transformation was real.

I told her she needed a Barnabas. Looking puzzled, I shared the story of the Apostle Paul. Just before his conversion on the road to Damascus when his name was Saul, the Bible says he “was uttering threats with every breath and was eager to kill the LORD’S followers.” Acts 9:1 (NLT)

However, as Saul walked, the LORD revealed Himself and set Saul on a life-changing journey where he would never be the same. God gave him a new name: Paul. The Bible tells us right after his conversion, the Apostle Paul immediately began preaching about Jesus in the synagogues. Again, understandably, the people were skeptical. They even questioned, “isn’t this the same man who caused the devastation in Jerusalem?” Eventually, he traveled to Jerusalem and tried to meet with people, but everyone was afraid. They did not believe he was for real. Then Barnabas!

“Then Barnabas brought him to the apostles and told them how Saul had seen the LORD on the way to Damascus and how the LORD had spoken to Saul. He also told them that Saul had preached boldly in the name of Jesus in Damascus.” Acts 9: 27 NLT

Barnabas advocated for Paul. Like Paul, my friend needed an advocate to help her husband know she was serious about her new faith in her Savior. If only there was a person to speak to her husband on her behalf, he might believe. She knew just the person. Their pastor. They had met with him many times. He knew her story, and he had helped her through her confession, healing, and restoration.

They set up a meeting. Having their pastor verify her remorse and sorrow over her bad decision helped her husband understand her conversion was sincere. The pastor counseled them. There were tears of joy and reconciliation as her husband saw true transformation.

It has been 20 years. Their marriage is stronger than ever. People can change. Saul changed. My friend changed. While transformations can be genuine, people from our past may be reluctant to believe change is real. We may need a Barnabas, an advocate to verify our change and good standing.

“The church then had peace throughout Judea, Galilee, and Samaria, and it became stronger as the believers lived in the fear of the LORD. And with the encouragement of the Holy Spirit, it also grew in numbers.” Acts 9:31 NLT

It all began when Barnabas declared to the disciples what had taken place. The Apostle Paul went on to spend the rest of his life teaching, preaching, and baptizing.

For anyone who has had a transformation, they know they are a new creation. They know their past is gone. Having others see and believe the change may take some time, and it might help to find a Barnabas!

You must remember that John was in the Isle of Patmos, a lone, rocky, inhospitable prison, for the Word of God and the testimony of Jesus. And yet to him, under such circumstances, separated from all the loved ones of Ephesus; debarred from the worship of the Church; condemned to the companionship of uncongenial fellow-captives, were vouchsafed these visions. For him, also a door was opened.

We are reminded of Jacob, exiled from his father’s house, who laid himself down in a desert place to sleep, and in his dreams beheld a ladder which united Heaven with earth, and at the top stood God.

Not to these only, but to many more, doors have been opened into Heaven, when, so far as the world was concerned, it seemed as though their circumstances were altogether unlikely for such revelations. To prisoners and captives; to constant sufferers, bound by iron chains of pain to sick couches; to lonely pilgrims and wanderers; to women detained from the Lord’s house by the demands of home, how often has the door been opened to Heaven.

But there are conditions. You must know what it is to be in the Spirit; you must be pure in heart and obedient in faith; you must be willing to count all things but loss for the excellency of the knowledge of Jesus Christ; then when God is all in all to us, when we live, move and have our being in His favor, to us also will the door be opened.
–Daily Devotional Commentary.

God hath His mountains bleak and bare,
Where He doth bid us rest awhile;
Crags where we breathe a purer air,
Lone peaks that catch the day’s first smile.
God hath His deserts broad and brown–
A solitude–a sea of sand,
Where He doth let heaven’s curtain down,
Unknit by His Almighty hand.

“Thus saith the Lord God; I will yet for this be enquired of by the house of Israel, to do it for them; I will increase them with men like a flock.” Ezekiel 36:37

First, I enquire what the promise is. I turn to my Bible, and I seek to find the promise whereby the thing which I desire to seek is certified to me as being a thing which God is willing to give. Having enquired so far as that, I take that promise, and on my bended knees I enquire of God whether he will fulfil his own promise. I take to him his own word of covenant, and I say to him, “O Lord, wilt thou not fulfil it, and wilt thou not fulfil it now?” So that there, again, prayer is enquiry. After prayer I look out for the answer; I expect to be heard; and if I am not answered I pray again, and my repeated prayers are but fresh enquiries. I expect the blessing to arrive; I go and enquire whether there is any tidings of its coming. I ask; and thus I say, “Wilt thou answer me, O Lord? Wilt thou keep thy promise. Or wilt thou shut up thine ear, because I misunderstand my own wants and mistake thy promise?” Brethren, we must use enquiry in prayer, and regard prayer as being, first, an enquiry for the promise, and then on the strength of that promise an enquiry for the fulfilment. We expect something to come as a present from a friend: we first have the note, whereby we are informed it is upon the road. We enquire as to what the present is by the reading of the note; and then, if it arrive not, we call at the accustomed place where the parcel ought to have been left, and we ask or enquire for such and such a thing. We have enquired about the promise, and then we go and enquire again, until we get an answer that the promised gift has arrived and is ours. So with prayer.

For meditation: Asking comes in two shapes—questions and requests. God is able to give us all the answers we need (Luke 11:9,10).