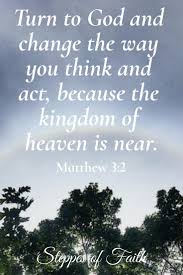 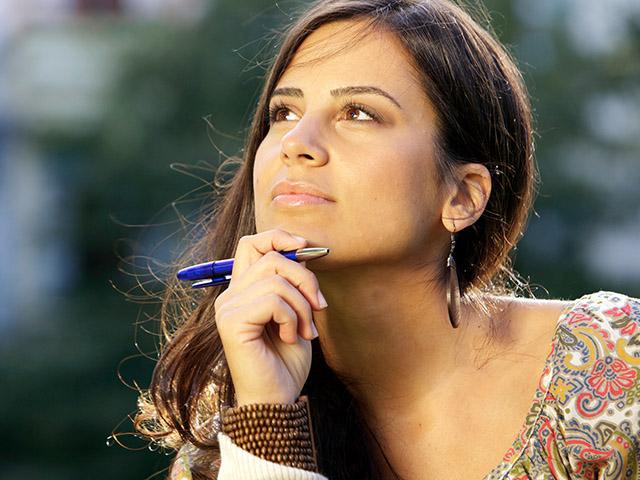 “When the others heard this, they stopped objecting and began praising God. They said, ‘We can see that God has also given the Gentiles the privilege of repenting of their sins and receiving eternal life.’” Acts 11:18 (NLT)

He has a point. The gospel was given to the Jews. They never fathomed it could be offered to the Gentiles.

The good news of salvation through Jesus Christ is offered to all.

Sometimes, without even realizing it, I think something like, They don’t deserve salvation. Or, They could never be saved.

That is when I forget the passage in Romans 5:10 that states,

“For since our friendship with God was restored by the death of his Son while we were still his enemies, we will certainly be saved through the life of his Son.” (NLT)

I was an enemy of Christ. Running from Him.

Until He saved me.

How could I look down on someone else because they are a different culture or color?

I like to imagine what heaven will be like. I especially like to think about the music. I have a feeling we will be shocked by it. Of course, “The Hallelujah Chorus” will be there. Along with “The Old Rugged Cross”. But I tend to think there will be African music accompanied only by a drum—perhaps from the 15th century.

Or a tiny chorus with no rhyme, sung by a saint who sat alone in a dark prison cell awaiting execution. We have probably never heard of them, but we will in heaven.

And when we gather for worship there, it will be like Revelation 7:9,

“After this I saw a vast crowd, too great to count, from every nation and tribe and people and language, standing in front of the throne and before the Lamb. They were clothed in white robes and held palm branches in their hands.” (NLT)

That will be marvelous.

Lord, help me never to look down on others or think I am better. Thank You that while I was Your enemy, You saved me!

When thou goest, thy way shall be opened up before thee step by step (Proverbs 4:12, free translation).

There is a self-opening gate which is sometimes used in country roads. It stands fast and firm across the road as a traveler approaches it. If he stops before he gets to it, it will not open. But if he will drive right at it, his wagon wheels press the springs below the roadway, and the gate swings back to let him through. He must push right on at the closed gate, or it will continue to be closed.

This illustrates the way to pass every barrier on the road of duty. Whether it is a river, a gate, or a mountain, all the child of Jesus has to do is to go for it. If it is a river, it will dry up when you put your feet in its waters. If it is a gate, it will fly open when you are near enough to it, and are still pushing on. If it is a mountain, it will be lifted up and cast into a sea when you come squarely up, without flinching, to where you thought it was.

Is there a great barrier across your path of duty just now? Just go for it, in the name of the Lord, and it won’t be there.
–Henry Clay Trumbull

We sit and weep in vain. The voice of the Almighty said, “Up and onward forevermore.” Let us move on and step out boldly, though it be into the night, and we can scarcely see the way. The path will open, as we progress, like the trail through the forest, or the Alpine pass, which discloses but a few rods of its length from any single point of view.

Press on! If necessary, we will find even the pillar of cloud and fire to mark our journey through the wilderness. There are guides and wayside inns along the road. We will find food, clothes and friends at every stage of the journey, and as Rutherford so quaintly says: “However matters go, the worst will be a tired traveler and a joyful and sweet welcome home.”

I’m going by the upper road, for that
still holds the sun,
I’m climbing through night’s pastures where
the starry rivers run:
If you should think to seek me in my
old dark abode,
You’ll find this writing on the door,
“He’s on the Upper Road.”
–Selected

Matthew 5:13 ERV: “You are the salt of the earth. But if the salt loses its taste, it cannot be made salty again. Salt is useless if it loses its salty taste. It will be thrown out where people will just walk on it.”

What is salt? Salt is a crystalline compound that occurs as a mineral and is used primarily in food preparation. It both seasons food and preserves food. Jesus used “salt” as a metaphor for the way His disciples should relate to the world. As a seasoning for the world, the disciples of Jesus would transform the world into something good that would please the Lord. As a preservative for the world, the disciples of Jesus would preserve what is still good in the world from further corruption.

If, however, salt loses its taste, which could actually happen to the salt of Palestine, then it cannot fulfill its seasoning and preservative functions. With respect to the disciples of Jesus, this would mean that they have lost their spiritual distinctiveness and vigor and are no longer capable of transforming the world into something that God finds pleasing. It would also mean that they are no longer capable of preserving whatever is still good in the world from further corruption.

Salt that has lost its distinctive properties is, as a consequence, useless in food preparation. When the salt of Palestine lost its saltiness, it was thrown out into the streets where it was trodden under foot. With respect to the disciples of Jesus, this would mean that they are useless as a transformative and preservative force in the world. As such, their ultimate destination is to be thrown out of the church of Jesus Christ and the Kingdom of God. Instead of being lifted up and being made to shine like stars forever and ever as will the true disciples of Jesus (Daniel 12:3), such false disciples will be cast down and treated with utter contempt in hell.

The Lord is with me; I will not be afraid. What can mere mortals do to me?
Psalm 118:6
DailyVerses.net