My Country, ‘Tis of Thee: The Story behind the Song 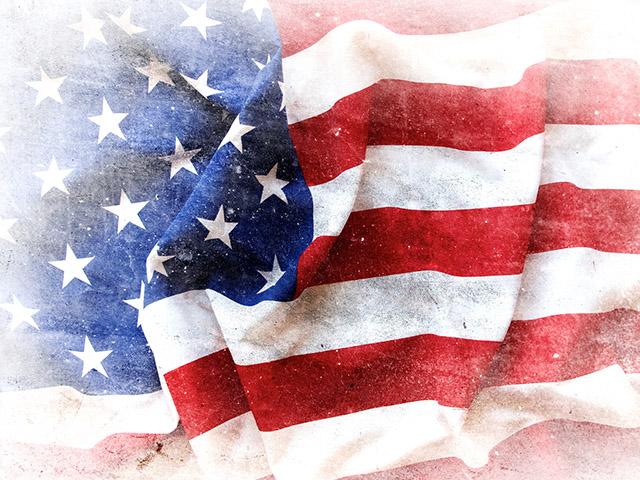 “Men must be governed by God or they will be ruled by tyrants.” — William Penn

Moved deeply by the desire to create a national hymn that would allow the American people to offer praise to God for our wonderful land, a 24-year-old theological student, Samuel Francis Smith, penned these lines on a scrap of paper in less than 30 minutes in 1832. Yet even today many consider My Country, ‘Tis of Thee their favorite patriotic hymn and call it our “unofficial national anthem.”

The easily singable words of the song are matched with a popular international melody used by many nations, including England, where it accompanies “God Save the King/Queen.” The emotionally powerful ideas that Smith expressed had an immediate response. The hymn soon became a national favorite. The stirring tributes to our fatherland in the first three stanzas lead to a worshipful climax of gratefulness to God and a prayer for His continued guidance.

Following his graduation from Harvard and the Andover Theological Seminary, Samuel Smith became an outstanding minister in several Baptist churches in the East. He composed 150 hymns during his 87 years and helped compile the leading Baptist hymnal of his day. He was also editor of a missionary magazine through which he exerted a strong influence in promoting the cause of missions. Later he became the secretary of the Baptist Missionary Union and spent considerable time visiting various foreign fields. Samuel Smith was truly a distinctive representative of both his country and his God.

My country, ’tis of thee, sweet land of liberty, of thee I sing:
Land where my fathers died, land of the pilgrims’ pride,
From ev’ry mountain side let freedom ring!

My native country, thee, land of the noble free, thy name I love:
I love thy rocks and rills, thy woods and templed hills;
My heart with rapture thrills like that above.

Our fathers’ God, to Thee, author of liberty, to Thee we sing:
Long may our land be bright with freedom’s holy light;
Protect us by Thy might, great God, our King!

A Prayer for Unity in Our Nation

By Debbie McDaniel, from: Crosswalk.com

“I in them and you in me–so that they may be brought to complete unity. Then the world will know that you sent me and have loved them even as you have loved me.” John 17:23

Often in times of greatest need, we may find ourselves giving way to the stress and strain by battling one another, and forgetting who the real enemy is. Harsh words spoken, friendships broken; we choose sides and draw lines. Feelings get hurt. Betrayal runs deep. It gets harder to forgive and keep moving forward. And sometimes we get stuck, right there in the muddy mess of it all.

Yet it’s in those very times of tension and struggle, that we need, more than ever, to come together as one, unified, and strong.

And we can be assured, it’s in those times, that Satan is fighting the hardest. For he knows that’s when we have the greatest potential to make a difference in this world.

He knows that we’re stronger together as we encourage one another on. He’s aware that we’re courageous and brave when we’re covering one another in prayer. He understands that the unity of believers through the power of Jesus Christ, is a force that can’t be reckoned with. For it’s hard to tear apart a cord of three strands, which can’t be easily broken.

That’s why he’s determined to fight harder. And he’s there, in the midst of it all, cheering on the battle. He loves it when we target one another. He laughs at evil, riots, and violence. He gains momentum when we forget that he’s the cause.

His schemes are cunning and cruel. He’ll twist words and truth, trading them for lies, and stirring up fires.

Let’s choose to set aside our differences and look to the greater purpose in this life. To honor Christ as King. We’ll never agree on everything. And that’s never been the goal anyway.

Let’s choose to live out the Truth that says, “Let all that you do be done in love.” 1 Corinthians 16:14

All that you do. All that you say. All that you stand for. Let’s do it with love. For perfect love, which comes from Christ, casts out all fear. And that is what gives us power to move forward, propelled with His strength, surrounded in peace, eyes on the One who gives us breath each day, filled with greater unity in our land.

May God bless us with His peace and unity in our Nation.

I urge that entreaties and prayers…be made on behalf of…all who are in authority, so that we may lead a tranquil and quiet life in all godliness…This is good and acceptable in the sight of God our Savior. 1 Timothy 2:1-3 NASB

In May 1797, the young American republic faced a possible war with France. Once instrumental in America’s fight for independence, France had become a thorn in their side. Many felt that war was inevitable. But President John Adams was not convinced. Compelled to seek God, he called for a day of fasting and prayer. A recent biographer describes how many people were critical of this call. In fact, Adams “was roundly mocked in the press.”

But believers throughout the country agreed that God was the answer. On the designated day, “the churches were filled.” As people sought God, the crisis diminished and war was averted.

Today our world is filled with wars and rumors of wars and problems that don’t seem to have solutions. There are divisions and clashes of ideas. As in the situation John Adams faced, it is time to turn to prayer and seek God. When we seek Him, some may mock and ridicule. But we must realize that He is our only answer!

Make sure that you are doing your part in this spiritual battle. Follow the direction Paul gave to Timothy and pray for your leaders. Whether or not you agree with their edicts, pray for your local leaders. Pray for your national leaders and the decisions they make. Commit yourself to pray diligently for your country. Seek God. Ask for His help, His wisdom, and His mercy.

Whenever you are arrested and brought to trial, do not worry beforehand about what to say. Just say whatever is given you at the time, for it is not you speaking, but the Holy Spirit.
Mark 13:11
DailyVerses.net

Taking the five loaves and the two fish and looking up to heaven, he gave thanks and broke them. Then he gave them to the disciples to distribute to the people. They all ate and were satisfied, and the disciples picked up twelve basketfuls of broken pieces that were left over.
Luke 9:16-17
DailyVerses.net