Are You a Fan or Follower of Jesus? 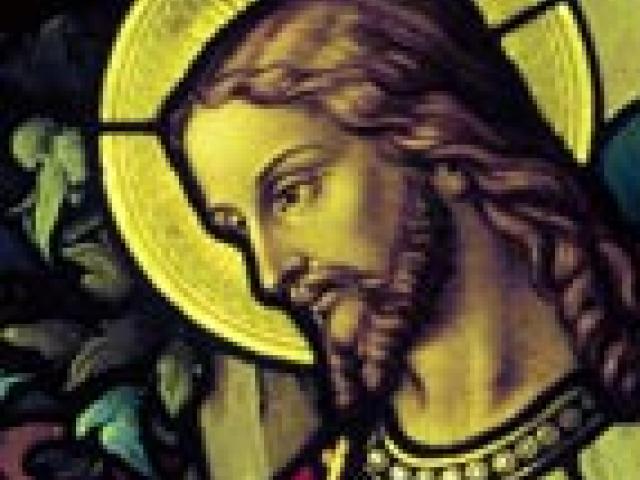 Are you a follower of Jesus?

Before you rush to judgment and declare an immediate, “Yes!” just sit for a moment and really think about it.  Are you a true blue, unashamed, unabashed follower of Christ or do you do you sometimes conveniently leave your faith at the door depending on the circumstance?  Fan vs. follower … that is the question.

In his bestselling book, Not a Fan (Zondervan), first-time author Kyle Idleman calls you to consider the demands and rewards of being a true disciple.  Do you live the way Jesus lived?  Do you love the way He loved?  Do you pray the way He prayed?

CBN.com Program Director Chris Carpenter recently sat down with Idleman to discuss the difference between being a fan vs. a follower, how to convert fans of Jesus into committed followers, and whether being a fan of Christ is enough to get you to heaven.

The title of your book, Not a Fan, is really quite an eye catcher. How can someone not be a fan of Jesus?

The journey that led to my realization of this probably helps. I went to start a new church in Los Angeles when I was about 22. Didn’t really have any idea what I was doing, so I thought I’ll read some business books, some marketing books, and I started to treat a church plan as if it were a business, which led to some kind of dangerous results.  You start to equate success with how many people come.  You become numbers driven, and if you’re not careful, then the Gospel becomes more of a product, and Jesus becomes something that you sell. I kind of slipped into that mentality unintentionally, and what I discovered in this journey, the “Not a Fan,” journey, is that when that happens it creates fans. It creates people who are admirers of Jesus, and they’ll put the Jesus fish on their bumper, and they’ll make their phone’s ring tone a worship song. They’re happy to do that. And they’ll come to church on the weekends.

There’s nothing wrong with any of that, but what we can do is use those as measurements for what it really means to follow Jesus.  I think in our celebrity-driven, sports-driven culture, we can start to treat Jesus as if we were a fan.  So I just wanted to compare our culture and what it says about following Jesus to what the Gospel says about following Christ.

What’s the difference between being a fan of Jesus and a committed follower of Jesus? Obviously, there is a polarity there.

One of the things I try to use in the book is show Biblical examples to make that distinction. An example would be, John 6 where Jesus feeds the 5,000. He has this huge group of people and then, the next day they come looking for more food and Jesus says, “Look, no more free food. I am the bread of life, and if I’m enough and let’s go.” And the Bible says in John 6:66, “From that point on many who had been traveling with Him, no longer followed Him.” They turned and went home. So there’s this distinction between those who were traveling with Jesus and those who were following Jesus. In other words, those who were in it for the free bread and the inspirational teaching, and those who were saying Jesus is enough. There are really quite a number of examples where there’s this distinction made. I use Nicodemus and the rich young ruler, in the book. Also, Simon the Pharisee where people who knew all about Jesus. They knew all the messianic prophecies, but they didn’t necessarily know Him. Those examples make that distinction clear as you study the Gospel accounts. In a sentence, I would say, fans want to be close enough to Jesus to be associated with Him. You want to be close enough to get the benefits, but not so close; they don’t want to follow so close that it requires sacrifice. That requires commitment.

One day several people said they wanted to follow Jesus, and they sounded sincere. Yet each one turned away from the cost of discipleship.

The first man said, “I will follow you wherever you go.” But his enthusiasm waned when Jesus said, “Foxes have holes … but the Son of Man has no place to lay his head.” Jesus was saying that following him meant doing without the comforts of home.

The second man seemed interested but said he first wanted to go and bury his father. If his father had already died, however, the man would have been doing that. Apparently he wanted to wait to follow Jesus until after his father died. So Jesus implied that the spiritually dead should bury the physically dead, while the spiritually alive should proclaim God’s kingdom.

The third person said, “I will follow you, Lord; but first let me go back and say good-by to my family.” Doesn’t this seem reasonable? But Jesus said, “No one who puts his hand to the plow and looks back is fit for service in the kingdom of God.” By this Jesus meant that discipleship means focusing on things that promote God’s kingdom, without distraction.

Jesus practiced what he preached, giving his all for the kingdom of God. May we follow where he leads us today, without excuse.

“Through sanctification of the Spirit.”

Mark the union of the Three Divine Persons in all their gracious acts. How unwisely do those believers talk who make preferences in the Persons of the Trinity; who think of Jesus as if he were the embodiment of everything lovely and gracious, while the Father they regard as severely just, but destitute of kindness. Equally wrong are those who magnify the decree of the Father, and the atonement of the Son, so as to depreciate the work of the Spirit. In deeds of grace none of the Persons of the Trinity act apart from the rest. They are as united in their deeds as in their essence. In their love towards the chosen they are one, and in the actions which flow from that great central source they are still undivided. Specially notice this in the matter of sanctification. While we may without mistake speak of sanctification as the work of the Spirit, yet we must take heed that we do not view it as if the Father and the Son had no part therein. It is correct to speak of sanctification as the work of the Father, of the Son, and of the Spirit. Still doth Jehovah say, “Let us make man in our own image after our likeness,” and thus we are “his workmanship, created in Christ Jesus unto good works, which God hath before ordained that we should walk in them.” See the value which God sets upon real holiness, since the Three Persons in the Trinity are represented as co-working to produce a Church without “spot, or wrinkle, or any such thing.” And you, believer, as the follower of Christ, must also set a high value on holiness-upon purity of life and godliness of conversation. Value the blood of Christ as the foundation of your hope, but never speak disparagingly of the work of the Spirit which is your meetness for the inheritance of the saints in light. This day let us so live as to manifest the work of the Triune God in us.