Perpetual Prayers of the Faithful 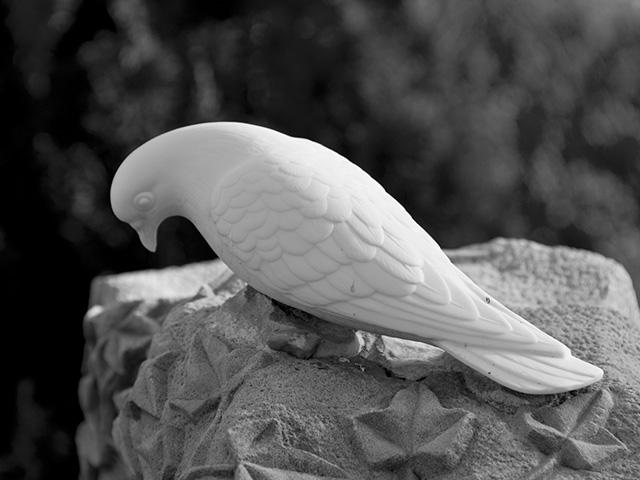 “The Lord is my shepherd … I will dwell in the house of the Lord forever.” Psalm 23:1-6abbreviated

My wife asked me one day as we were driving, “Have you ever wondered how you are going to die?”

I tried to ignore her as the traffic was nasty, but as usual, once she gets something in her mind she wants an answer, so I mumbled something trying to distract her. You’d think after all these years I’d know that wouldn’t work, but at least it got me a brief reprieve.

When we came to a stop sign she turned her beautiful determined face toward me and said, “Well, have you?”

I stayed quiet as I knew from experience she had something on her mind she wanted to say.

After a few moments, she told me what was on her mind, “I think I’d like to die the way your Dad did. He was reading the paper in their backyard having breakfast under his grapevines and just fell forward with his head on his paper. Your mother had gone in to get him another cup of coffee, but suddenly a white dove bumped into the kitchen window and flapped its wings to get in. Mom was so startled that she went outside to look for the dove and found Dad had died. As she looked up she saw a dove with a broken wing fly away. That brings goosebumps every time I think about Dad’s home going.”

Again, by letting my better half answer her own questions, I’d heard an insightful answer that caused me to reflect on what she was saying.

I remembered how my Dad had been saved after my Mom had prayed for him for 25 years. He was a mean alcoholic who ran a carpenter union as its president. He had nasty habits such as throwing people down the stairs if they made him angry at the union hall. Still, my mother prayed and believed. She wasn’t going to divorce him because she knew someday he would be saved.

One evening while I was home from college, I told Dad, with a bit of fear, that I was afraid he wasn’t going to heaven with Mom, me, and the girls, and we would miss him. His answer surprised me, “If you’re afraid for me Bobbie, let’s go into the bathroom right now and settle this with God.”

We went into our little bathroom and I followed his lead and knelt beside him. Dad then asked the Lord to forgive him and save his soul despite all the evil he had done. As he repented tiny tears rolled down his face. I had a new father. The monster who had run Carpenter Local 701 was born again and Psalm 23 became his treasured prize.

He poured all the expensive crystal decanter liquor that contractors had given him to remain in his good favor down the drain. Yet, he had to conduct business in bars. He started wearing a cross on his tie and drank Coke instead of his preferred Irish Whiskey. For several years, he listened to Vernon Magee teach the Bible during lunch hour out in his car in front of the Union hall, and he even took notes.

I had a new creature father. He still had flaws but was on the potter’s wheel from that day in the bathroom when Mom’s prayers were answered. He experienced “absent from the body is to be present with the Lord” that morning the dove broke his wing and flew away.

That was a wonderful way to die.

The Fervent Prayer of a Righteous Man …

Our glorious, sovereign God created and controls the universe in a way that uses the prayers of His saints to accomplish His eternal purposes. Thus, He sovereignly uses their prayers to release His preordained blessings, and by this means to manifest His glory in, through, and over all things. The Bible clearly teaches both that God is fully sovereign over every aspect of reality, visible and invisible, and that He carries out His predestined plan in a significant measure through the intercessions of the church.

While limited human minds have never been able fully to comprehend exactly how these two Biblical truths fit together (i.e. divine sovereignty and effectual believing prayer), it is precisely when both truths are held together in faith that the most powerful praying springs forth and the greatest glory descends. This leads us to a crucial principle: True piety never makes the limits of its own understanding the measure of what it will believe and practice, but rather firmly holds to all that Scripture teaches, even when the combination of some truths is rather mysterious. For instance, the oneness and “threeness” of God; the two natures of Christ in one person; and the relationship of predestination and effectual prayer are all plainly taught in Scripture as joint realities, but Scripture never explains exactly how they are two sides of the same truth. Perhaps it would take mental capacities as big as God’s to take it all in, and that is not our position.

But it is our position gladly to accept and hold together in our faith and action that which Scripture has joined together. From that kind of intelligent submission to God’s truth flows fruitful lives and the advancement of the kingdom of God.

For every house is built by someone, but God is the builder of everything.
Hebrews 3:4
DailyVerses.net