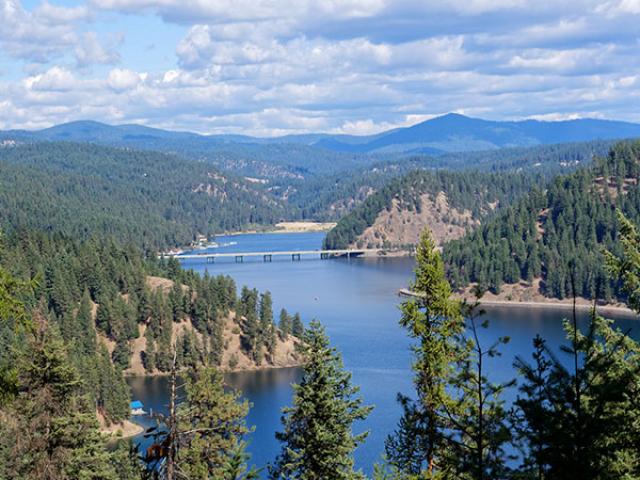 Riveted by the resonance of rushing mountain waters, I looked up to see the magnificent evergreen forest touch the pale blue sky. Debbie’s head turned upward too. Without a word between us that might shatter the spellbinding ambiance, we soaked in the greenery and breathed in the scents of pine, spruce, and fir. Meanwhile, golden sunshine and a gentle breeze garnished the pleasant July day.

How could the tallest of trees point heavenward with such majesty, as if sculpted by an artist’s brush? What kept their aim true and prevented them from toppling over? The real mystery of Idaho’s Clearwater National Forest, however, was its power over us.

Why does the eye find such pleasure in the triangular symmetry of thousands of trees in salute? Why do they grow that way, reaching to the sun and beyond in perfect harmony, as if to maximize the pleasure of those who notice them?

Not to be outdone, the nearby river drew us. With whitecaps breaking over rocks and current carving through the forest downstream, why did the turbulent waters bring such peace to our souls? They shouted with unequivocal force yet brought such calm. How? And why? We hadn’t experienced the same feeling when motorcycles blared by. Nor had their fumes captivated us.

Is our sensory perception hard-wired? After all, most people relish certain stimuli while other sensations repulse them. Why do kids love chocolate but turn up their noses to Brussels sprouts?

With a profound purpose and effect, our synergistic surroundings couldn’t have happened by chance. They left us dumbfounded.

As we mounted our bicycles for the long ascent toward Lolo Pass, the mesmerizing tranquility would continue uninterrupted for hours. We had been escorted to a place, yes, but more so to a state of being where we could contemplate what really mattered, to not only marvel at the One who brought our experience to bear but to actually feel it deep within our souls. Our own insignificance had washed away with the adjacent current. How was it that we had been treated to that grandeur, and who were we to deserve it? The truth was we weren’t worthy.

Such an encounter with creation cries out for communion. It’s impossible not to respond. For it pierces to the heart and announces something monumental. The logical reaction is to pay homage, that is if we can divorce self-absorption long enough to recognize what is happening. One way or the other, we’ll respond. Even an oblivious indifference disowns the Creator, revealing the soul is amiss.

In Romans 1:18-20 (TLB), the Bible talks about the consequences when we decline God’s screaming invitation from nature:

“But God shows his anger from heaven against all sinful, evil men who push away the truth from them. For the truth about God is known to them instinctively; God has put this knowledge in their hearts. Since earliest times men have seen the earth and sky and all God made, and have known of his existence and great eternal power. So they will have no excuse when they stand before God at Judgment Day.”

If you’ve missed the glory of God around you, it’s not necessary to bicycle along the Lochsa River in Idaho to experience it. However, you do need to slow down and look around with open eyes, a clear head, and a receptive spirit. If that alignment eludes you, consider a field trip away from the hubbub and responsibilities of everyday life. Even Jesus did that (Luke 5:16).

When was the last time God overwhelmed you with His creation, and how did you respond?

Discovering the Presence of God in Nature 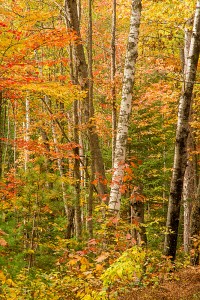 I’ve recently come across two quotations from a couple of my favorite spiritual writers—C. S. Lewis and Thomas Merton. The subject matter is amazingly similar.  Lewis writes, “We may ignore, but we can nowhere evade, the presence of God. The world is crowded with Him.  He walks everywhere incognito.  And the incognito is not always hard to penetrate.  The real labor is to remember, to attend.  In fact, to come awake.  Still more, to remain awake.”  I’m not sure where all Lewis had in mind as places where we can find God incognito but I have no doubt he would have included nature.  The Scriptures are clear that God’s presence can be found in Creation.  This, in fact, seems to be one of God’s best hiding places.  But for those with eyes to see and ears to hear it is not hard to discover God there.  But Lewis is right, the difficult part is remembering to “attend” or pay attention.  It takes great discipline to become and “remain awake.” 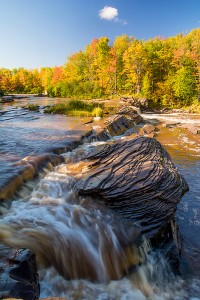 How, then, can we pay better attention and learn to remain awake? One answer is prayer.  Thomas Merton, who I am convinced did a good job of paying attention and remaining awake to God in nature, prayed a prayer that no doubt helped.  It reads, “Let me seek, then, the gift of silence, and poverty, and solitude, where everything I touch is turned into prayer: where the sky is my prayer, the birds are my prayer, the wind in the trees is my prayer, for God is all in all.”  If we turn to the world in silence and solitude, with a poverty of spirit, it will be impossible not to experience the presence of God.  Like C. S. Lewis, Merton believed God could be found everywhere and when one comes to see God in all places and spaces then all the world becomes a prayer.

“Where the birds make their nests: as for the stork, the fir trees are her house. The high hills are a refuge for the wild goats, and the rooks for the conies.”-Psalm 104:17-18.

THIS PSALM IS ALL through a song of nature, the adoration of God in the great outward temple of the universe. Some in these modern times have thought it to be a mark of high spirituality never to observe nature; and I remember sorrowfully reading the expressions of a godly person, who, in sailing down one of the most famous rivers in the world, closed his eyes, lest the picturesque beauties of the scene should divert his mind from scriptural topics. This may be regarded by some as profound spirituality; to me it seems to savor of absurdity. There may be persons who think they have grown in grace when they have attained to this; it seems to me that they are growing out of their senses. To despise the creating work of God, what is it but, in a measure, to despise God himself? “Whoso mocketh the poor despiseth his Maker.” To despise the Maker, then, is evidently a sin; to think little of God under the aspect of the Creator is a crime. We should none of us think it a great honor to ourselves if our friends considered our productions to be unworthy of admiration, and rather injurious to their minds than improving. If when they passed our workmanship they turned their eyes away, lest they should suffer injury by looking at it, we should not regard them as very respectful to ourselves; surely the despising of that which is made is somewhat akin to the despising of the Maker himself. David tells us that “The Lord shall rejoice in his works.” If he rejoices in what he has made, shall not those who have communion with him rejoice in his works also? “The works of the Lord are great, sought out of them that have pleasure therein.” Despise not the work, lest thou despise the worker.

This prejudice against the beauties of the material universe reminds me of the lingering love to Judaism, which acted like a spell upon Peter of old. When the sheet knit at the four corners descended before him, and the voice said, “Rise, Peter; kill, and eat,” he replied that he had not eaten anything that was common or unclean. He needed that the voice should speak to him from heaven again and again before he would fully learn the lesson, “What God hath cleansed that call not thou common.” The Jew thinks this and that unclean, though Christ has cleansed it; and certain Christians appear to regard nature as unclean. The birds of the air, and the fish of the sea, the glorious sunrise and sunset, the snow-clad Alps, the ancient forests, the mysterious glaciers, the boundless ocean, God hath cleansed them: call them not common. Here on this earth is Calvary where the Savior died, and by his sacrifice, offered not within walls and roofs, he made this outer world a temple wherein everything doth speak of God’s glory. If thou be unclean, all things will be unclean to thee; but if thou hast washed thy robe and made it white in the blood of the Lamb, and if the Holy Spirit hath overshadowed thee, then this world is but a nether heaven; it is but the lower chamber of which the upper story glows with the full splendor of God, where angels see him face to face, and this lower story is not without glory, for in the person of Christ Jesus we have seen God, and have communion and fellowship with him even now.

It appears to me that those who would forbear the study of nature, or shun the observation of its beauties, are conscious of the weakness of their own spirituality. When the hermits and monks shut themselves out from the temptations of life, foolish persons said, “These are strong in grace.” Not so, they were so weak in grace that they were afraid to have their graces tried. They ran away from the battle like the cowards they were, and shut themselves up because they knew their swords were not of the true Jerusalem metal, and they were not men who could resist valiantly. Monasticism was the confession of a weakness which they endeavored to cover with the vain show of humility, and the presence of superior sanctity. If my graces are strong, I can look upon the outward world, and draw forth its good without feeling its evil, if evil there be; but if my religion is mainly fictitious, then hypocrisy dictates to me the affectation of unusual spirituality, or at any rate I have not grace enough to rise from a contemplation of the works of God to a nearer fellowship with God himself. It cannot be that nature of itself debases me, or diverts me from God; I ought to suspect a deficiency in my self when I find that the Creator’s handiworks have not a good effect upon my soul.

‘For in him we live and move and have our being.’ As some of your own poets have said, ‘We are his offspring.’
Acts 17:28
DailyVerses.net