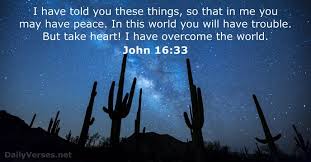 God calls all Christians, regardless of gender, to engage in the spiritual battles that take place every day in our fallen world.  But women can be particularly successful in the war against evil, because they tend to be sensitive to the spiritual realm, and they’re often committed to helping those they love by praying for them.

If you’re a woman who’s ready to use the power of prayer to fight evil, enter the battle that’s happening around you with the confidence that God is on your side.  Here’s how you can fight evil through spiritual warfare:

Recognize the reality of evil at work around you.  Always keep in mind that Satan and his demons are real and active in our fallen world; don’t be deceived by thinking that evil doesn’t affect your life and the lives of those you love.  Ask God to give you the ability to discern evil at work in the various situations you encounter.

Allow yourself to feel indignation at the evil oppression you notice around you.  Let your desire to see what’s right replace what’s wrong motivate you to engage in spiritual warfare.  If you’re wondering whether or not a particular trial you’re experiencing is due to God’s correction or an evil attack, keep in mind that God’s correction is marked by conviction about an attitude or deed, a call to repentance, an assurance of forgiveness, and a restoration of a sense of value as God’s child, while an evil attack is marked by accusation, condemnation, depression, hopelessness, and destroyed self-esteem.

Make prayer a top priority.  Adjust your schedule to make the time you’ll need to pray through spiritual warfare issues regularly.  Let go of unnecessary activities in your life that take up valuable time you could otherwise be spending in prayer.  Eliminate distractions so you can focus on what matters most from an eternal perspective.

Be confident.  Realize that, while you are vulnerable to evil whenever you choose not to obey God or draw upon the strength He offers you, you can always win over evil if you rely on God’s power working through you, since God’s power is far greater than evil’s power.  Be confident that you can triumph in spiritual battles if you make use of God’s provisions and obey His instructions.

Use the Bible‘s truth to fight evil’s lies.  God’s Word, the Bible, contains great power to combat the enemy’s lies with the truth.  Ask God to help you gain a deeper understanding of the Bible and build an arsenal of biblical verses to use during spiritual warfare.

Be disciplined.  Rather than rushing into spiritual warfare, always make time to sense the Holy Spirit’s leading and follow it one step at a time, trusting the Spirit for continued guidance on the right strategy and timing.  Prepare yourself to engage in spiritual battles by fasting, controlling your thoughts so they reflect biblical truth, and praying for the Holy Spirit to renew your mind.  Be patient when you encounter hardship while battling evil; continue to trust God through difficulty.  Pray for the self-control you need to avoid sinning through the words you speak (such as through gossiping, lying, or complaining) and to speak Spirit-led words to people instead.

Use the weapons God gives you.  Besides your primary weapon – the Bible – God also makes other powerful weapons available to you to use in spiritual warfare.  Use the name of Jesus with authority over evil when you’re in a right relationship with Jesus and speaking directly to evil, commanding it to leave.  Appropriate Jesus’ shed blood on the Cross as protection from evil.  Praise God often, remembering that He empowers you and helps you fight evil from a position of victory rather than defeat.  Make a habit of worshipping God, waiting in His presence until He makes you aware of something from the Bible to use in warfare against evil, and then using Scripture to fight along with whatever other weapons God leads you to use.  Pray in agreement with other believers when possible, to strengthen the power of your prayers.

Christian faith does not offer an illusory hope of life on earth without evil. Instead, Christian faith calls us to fight evil with good in the world as it is. In Matthew 5:43-48 Jesus urges his disciples: “Love your enemies and pray for those who persecute you so that you may be children” of God, who “makes the sun rise on the evil and on the good, and sends rain on the righteous and on the unrighteous.” (vs. 44-45) The lesson of scripture is that God loves our enemies, so the church calls on Christians not merely to love those who love them but to love as God loves.

Consider Paul’s counsel to the Christians in Rome. “Let love be genuine,” he writes. “Hate what is evil, hold fast to what is good.” (Rom. 12:9) Clearly, Paul believes that Christians should resist evil with their own goodness. “Bless those who persecute you,” he says. “Do not repay anyone evil for evil, but take thought for what is noble in the sight of all.” (Rom. 12:14, 17)

We need to be reminded that these teachings were not written for rulers. Jesus and Paul are not advising governing officials in Palestine or in cities of the Roman Empire. These teachings were written to help Christians resolve differences within their churches and persevere in the face of persecution.

Listen carefully to Paul’s words. “If it is possible, so far as it depends on you, live peaceably with all. Beloved, never avenge yourselves, but leave room for the wrath of God.” (Rom. 12:18-19) Paul knows that the Christians in Rome do not have control over what is happening there. “If it is possible,” he says, Christians are to live in peace. “So far as it depends on you,” he advises Christians, settle your differences among yourselves and with non-Christians without violence.

Paul expects there will be violence, but tells Christians in Rome not to seek vengeance. Although they may be unable to prevent persecution, they have the power not to seek vengeance through violence. Paul teaches that vengeance belongs only to God. If Christians are to live peaceably with non-Christians, then Christians must respond to evil with good. Listen to Paul’s words to the church in Rome: “If your enemies are hungry, feed them; if they are thirsty, give them something to drink; for by doing this you will heap burning coals on their heads.” (Rom. 12:20)

What does Paul mean? He is quoting Proverbs 25:21-22. Literally, of course, showing mercy to one’s enemies will not “heap burning coals on their heads.” But this metaphor may be taken to mean that loving our enemies is how they may come to have remorse for the injustice they have done to us. If they have harmed us, because they felt their cause was just, our loving response may undermine their self-justification, and so open their minds and their hearts.

Paul urges the Christians in Rome: “Do not be overcome by evil, but overcome evil with good.” (Rom. 12:21) The power of evil cannot be defeated, if we respond to evil with evil, no matter how justified our response may be. Christian faith teaches that evil can only be overcome with good. Responding to evil with good is how we witness to the love of God for the world.

What does this mean for American Christians today? The New Testament was not written for citizens with the power to elect their government, nor does the Bible anticipate attacks on the United States at the beginning of the 21st century. But both scripture and the church call us to fight evil with good, and this wisdom should not simply be dismissed as either unrealistic or unpatriotic.

How might American Christians fight the evil of terrorism with good sense and good will?

1. By seeking justice rather than vengeance. The war against terrorism should not be motivated by a desire for revenge. When people are arrested and charged with being terrorists, they must be given a presumption of innocence and a fair trial. When war is waged against a government harboring terrorists, the violence must be limited to the objective of ending the government’s support for terrorism.

2. By providing food, water and medicine for our enemies. The goal of the war in Afghanistan should be to aid the people. Even as we fight this war, we should urge our government to reach out to our enemies so that at least some of them, some day, will become our friends.

3. By promoting the rule of law within and among nations. While our government wages war, it should also support initiatives for peace that help the United Nations mediate disputes among nations and that strengthen the use of international law in fighting terrorism.

4. By supporting all that is good in America. Patriotism in support of our civil liberties, our constitutional form of government, American openness and generosity, and a renewed spirit of community service deserves the support of every citizen.

5. By understanding the history of Islamic civilization. We should welcome the opportunity to learn more about the heritage of 1/5 of the world’s peoples, and to understand why terrorism against America is now being justified by some Muslims because of the way the Western nations have treated Islamic peoples.

“Do not be overcome by evil, but overcome evil with good.” (Rom. 12:21) This Christian teaching is good advice. May we take it to heart and put it into practice.

Whoever believes in him is not condemned, but whoever does not believe stands condemned already because they have not believed in the name of God’s one and only Son.
John 3:18
DailyVerses.net