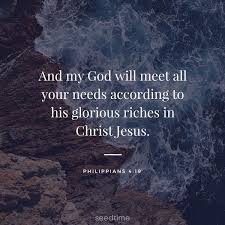 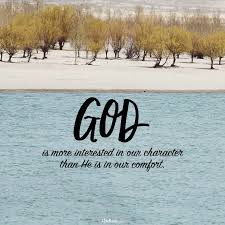 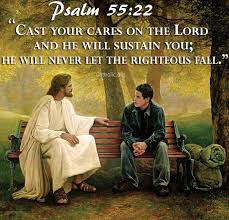 “Walk by the Spirit, and you will not gratify the desires of the flesh.” Galatians 5:16 (ESV)

My husband held open the door of our hotel room and cheerfully asked, “Ready?”

I stopped short. “You’re not wearing that sweatshirt again, are you?” I asked, wrinkling my nose. Then I learned that the sweatshirt was all he’d brought.

“You’ve worn it for two days!” I groaned, sniffing him as we stepped into the hallway.

We were headed to meet our daughter for lunch for the first time on her college campus. What if we met her friends? What if she introduced us to a professor? What if we snapped a photo? I wanted us to both look nice, and that sweatshirt was not what I had in mind.

I mentally clicked through our options. We had 20 minutes, and the drive to campus only took five. “OK, here’s what we’ll do,” I said, sliding into the passenger seat. “Pull into the store, and I’ll go buy you something to wear.”

“No?” I asked incredulously. “You look ridiculous! You cannot wear that!”

“Shannon, this sweatshirt is fine,” he said calmly, turning the key.

I did not agree.

In moments like this, my heart always calls to me with logic, clear and strong: “You’ve got to do something! Right now!” With one eye on the future and where this all might lead, I feel compelled to manage all the contingencies. I’m convinced it’s all up to me to take control and make things turn out right.

But I’m finding that life as a Control Girl is not only exhausting, it’s also counterproductive.

When I clamp down and grip tighter, I only create conflict and distance, not the peace, security and joy I envision. The more controlling I get, the more miserable we all become. This car ride was no exception.

I pleaded and criticized and nagged, but my husband was undeterred. He thought his sweatshirt looked fine. My inner Control Girl thought the world was going to end.

When I try to control what I cannot, I lose control of the one thing I can — myself. I become frantic, angry and obsessive, and I trigger the worst in others. This is particularly true in marriage. I want control, but he wants respect.

My husband perceives my efforts to control him as disrespect. He knows I wouldn’t nag, criticize or challenge other people I respect. I wouldn’t roll my eyes if they wore a sweatshirt.

I agree wholeheartedly with Ephesians 5:33, which says, “Let the wife see that she respects her husband” (ESV). I just don’t always see my controlling behavior as disrespectful. But my husband does. And God does, too. He invites me to walk in a new direction.

Surrendering control to God is not the same as doing nothing. When you “do nothing,” you might count to 10 or scroll through Instagram, but these distractions won’t transform you. Surrendering to God will.

Surrender is some of the most uphill, heart-rate-spiking, grueling work of my entire Christian life. It involves gathering up all my hopes, dreams, fears and objections and spilling them out before God, saying, “You’re in control. Which means I don’t have to be.”

Each time I do this — whether over a sweatshirt or something with far higher stakes — I take one more step with the Spirit. Each time I say no to me and yes to God, He uses my surrender to transform me.

I’ve seen how my Control Girl behavior can destroy an afternoon. I know the erosive effect it has on my relationships and on me. But on that sunny day over lunch with my daughter, her friends and my sweatshirt-clad husband, I experienced the peace, security and joy that comes only from placing control where it belongs — in God’s hands.

Surrendering to God might not change my situation, but it will — one sweatshirt at a time — change me.

Nothing that happens is beyond God’s control. Ultimately, whatever comes into our life is either sent by our Father or permitted by Him, and that which does not enter is withheld according to His will. But believers sometimes get so caught up in the moment that they forget about the Lord’s omnipotence. Then when life is challenging or uncomfortable, the temptation is to react against whatever seems to be causing them trouble. Fired? Blame the boss. Single? Blame the opposite sex.

To illustrate this idea, think about a child who must swallow a nasty-tasting antibiotic. In a fit of frustration, he slaps away the bottle from his mother’s hand, even though the container is only a “secondary agent.” Mom is the one who dispenses the medicine, but since he cannot slap her, he turns his irritation against the vessel.

When we “slap away the bottle,” we take out our anger and resentment on the vessel the Lord is using, instead of accepting that His will is at work. God does assure us He’s working out the details of life in a way that will ultimately benefit us, but we can’t assume this means everything will turn out to our liking.

Sometimes it’s easier to turn our wrath against an earthly agent than to be honest with our heavenly Father about frustration over our circumstances. But the Lord welcomes honesty. Both Jesus and the apostle Paul cried out to Him in anguish (Matt. 26:39; 2 Corinthians 12:7-9). If we recognize that God is in control and guiding our future for good, then we will not stay discouraged for long. “Abraham believed in the God who brings the dead back to life and who creates new things out of nothing” (Romans 4:17b NLT).

There are certain dead-end words in life, including “cancer,” “divorce,” “bankruptcy,” “infertility,” and “unemployment.”

How do you know when you’re at a dead end? You know it when things get out of your control and you can’t do anything about it.

When you’re stuck and waiting for deliverance, you need to remember what God can do. The situation may be out of your control, but it’s not out of God’s control. When you face a dead end, don’t focus on what you can’t do.Focus instead on what God can do.

Romans 4:17b says, “Abraham believed in the God who brings the dead back to life and who creates new things out of nothing” (NLT).

Jesus says in Luke 18:27, “What is impossible with man is possible with God” (NIV). God specializes in the impossible. It’s called a miracle, and he can do it in your life! He is ready to turn your dead end into deliverance.

“Then Elisha said, ‘Hear the word of the Lord. Thus says the Lord: “Tomorrow about this time a seah of fine flour shall be sold for a shekel, and two seahs of barley for a shekel, at the gate of Samaria.”’” 2 Kings 7:1 NKJV

Many were filled with panic and worry. Fear spread throughout Israel. The army of Aram was besieging the land. Food was running out and there was a “great famine.” Cornered by difficult conditions, the king blamed Elisha.

But Elisha was not afraid. In fact, He was confident in God. So confident that he declared specifically what would happen in the future. What he prophesied didn’t seem likely. But he had heard from God, and knew that His Word was true, even giving advice to others based on this confidence.

This is the kind of confidence all of us need to have in God. We can find ourselves worrying about the economy, relationships, health, or events in the world. But the Bible teaches us that God already knows the future. That, if we trust Him, we can have peace. That He is ready to take away our burdens, meet our needs, and direct our steps.

This kind of confidence is available to all who know God intimately and trust Him. In the midst of any situation, He offers us His peace. His wisdom. And His Word tells us that He knows that future, and that we can trust Him.

What issues are you facing? Do you find your heart and mind filled with fear and worry? Or are you totally trusting in God?

Commit your needs to Him, no matter how serious they might seem, or how helpless you might feel. Don’t be besieged with worry, doubt, or fear. Seek to know Him more intimately. Read His Word with more intensity. Seek to be more sensitive to His Spirit. And trust Him, for today, and the future.

Give to everyone what you owe them: If you owe taxes, pay taxes; if revenue, then revenue; if respect, then respect; if honor, then honor.
Romans 13:7
DailyVerses.net

Fixing our eyes on Jesus, the pioneer and perfecter of faith. For the joy set before him he endured the cross, scorning its shame, and sat down at the right hand of the throne of God.
Hebrews 12:2
DailyVerses.net