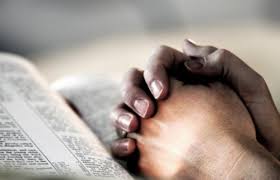 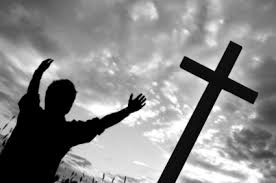 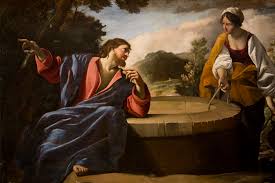 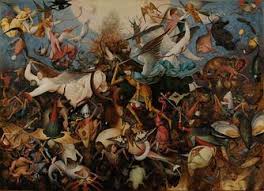 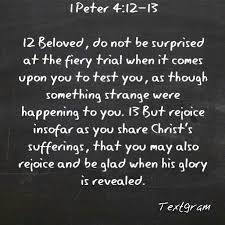 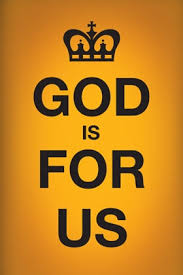 After a visit to the Gaza Strip, I left thanking God that He had not called me to Gaza, that dusty,
trash-strewn, third world country. I was so happy to get back to Jordan and thanked God He had
called me to serve as an English teacher there, not in Gaza.

Twenty years later I left Jordan and sought another place to serve. Every mission magazine or brochure I picked up stressed the needs for personnel in the Gaza Strip. As I looked at the list of requests, I decided that the need for English teachers was greatest in Gaza. What a difficult decision, but I knew that I was to go to Gaza.

What a great experience living in Gaza turned out to be. I have never felt so warmly welcomed nor made friends so easily as in the Gaza Strip. God revealed to me the important and beautiful thing about Gaza — the people and relationships. My first impression was so totally wrong. As Isaiah 55:8 (NIV) reminds us,

‘“For my thoughts are not your thoughts, neither are your ways my ways,’ declares the Lord.”

Who am I to think that I know what is best for me and where I will be the happiest and most fulfilled? Isaiah reminds us that we do not always know what the Lord has in mind for our lives because we do not think as He does nor know the way that He has planned.

“Oh, I’ll get married after I retire from missionary service,” declared a colleague and close friend.

My thought was, who would want to marry an old man at that age, after living happily for so long as a single, enjoying independence and being free of family responsibilities? I certainly would never do that.

With retirement came a big surprise. On the first day in exercise class, I saw him. I had no idea who he was and felt no attraction, but a strange thought popped into my mind, this is the man you’re going to marry. What a ridiculous thought. Where did that come from? I had no intention or desire to marry. I pushed that unrealistic thought away and forgot it. Not until much later, after my future husband and I had spent time doing things together, I remembered that crazy thought.

At different times in my life, God has revealed to me how some of my long-held convictions and beliefs are not in keeping with His reality.

That fits the pattern of my life — the way God breaks through to let me know His will and plan. My faith is backed up by strong impressions because He does not want me to doubt His will. How great to have a long history of walking daily with a personal God, knowing His heart of love and faithfulness. He has shown me how He can change my desires and work to bring good into all circumstances.

“In their hearts, humans plan their course, but the Lord establishes their steps.” Proverbs 16:9 (NIV)

We may have in mind what we want to do and how to spend our days, but God may have something in mind that we have not considered. Will we have the courage to follow where He leads?

We can become confused and bewildered when God’s plans are not what we expected. Will we trust God’s wisdom and His timing?

Let us trust and praise God even when our plans don’t turn out the way we expect.

You Were Made for This

It’s easy to wonder if we’re missing some mystical, great, noble purpose that’s supposed to squeeze into our ordinary lives. We might feel numb. Or bored. We ask questions like: I’m in. I am all surrendered to God. But now what? What does He wants me to do?

God’s goal for our lives is that we live in complete and utter surrender to and dependence on Him. He built us to need Him. And it’s always His mercy to show us that need, whatever the cost. Living on mission with the Creator of the Universe is the most beautiful, purposeful thing we could do with our short time on earth. This is your purpose: to know God and make Him known. As we read the story of God through Scripture, we know we are to love, without hesitation, every person God puts in our paths. And we are to love God more than anything.

Are you searching for your calling in life? If you’re reading this, you have the opportunity for ministry right under your nose, never needing to move or change a thing. Life is too short to spend time worrying about where on this planet you should be. As Jim Elliott, the great missionary-then-martyr said, “Wherever you are, be all there.”

Rather than becoming paralyzed with fear that you might move when you should stay or stay when you should move, pray and commit your ways to the Lord. And then go do something!

God invites us into His will like a loving dad in a swimming pool, asking his little child to jump. Whether that child jumps really far or barely scoots into the pool, that dad will move to catch him. So don’t be afraid. God’s will is moving, and if we will just jump, His will is going to catch us.

Joseph did this so beautifully. God had shown him that He would do awesome things, and rather than worry about being stuck in prison or as a slave in Potiphar’s house, Joseph did great things with God wherever he was. You can do great works wherever you are. Likewise, don’t be afraid to go — or be afraid to stay.

In heaven, even the most adventurous missionaries among us won’t be rewarded because of an earthly location; they’ll be rewarded for their obedience and faithfulness. Those who spent most of their lives in cubicles and driving in carpool lines will stand beside them receiving similar crowns. It’s not our place of ministry that matters most; it’s what we do in our places.

For Joseph, his calling and God’s purpose for his life took determination and a conscious choice to surrender. He gave everything he had to serve well, even as a slave and a falsely accused inmate. Genesis 39:2-4 reminds us, “The LORD was with Joseph, and he became a successful man, and he was in the house of his Egyptian master. His master saw that the LORD was with him and that the LORD caused all that he did to succeed in his hands.”

If we know that no place, no job, no marriage, no child is going to perfectly fulfill us, we can choose to quit fighting for happiness and start fighting for God’s glory instead. It takes determination to trust Him while you’re still in your place, doing the seemingly mundane tasks of life. Let’s assume that if we’re breathing, then we have a purpose for being here. Every one of us with breath in our lungs still has something left to do.

Breathing air is a sign of being alive. But not just any air will do! Asbestos fibers, nicotine, smog, and other pollutants are harmful and should not be part of the air we breathe. For this reason, our governments set up agencies to regulate air quality.

In today’s passage, the resurrected Jesus suddenly appears to his disciples who were gathered behind locked doors “for fear of the Jewish leaders.” These disciples were alive—that is, they were breathing—yet they were paralyzed with fear. We read that Jesus “breathed on them”—and soon everything would change!

Instead of cowering behind locked doors, they were sent out into the world as the Father had sent Jesus. They received this mission because Jesus not only breathed on them but also commanded them to receive the Holy Spirit, whose name in the original languages of the Bible (Hebrew and Greek) means “breath” or “wind.”

Pictures of breath and life are found throughout God’s story of redemption. When God breathed into the man he had formed, Adam “became a living being” (Genesis 2:7). But later sin came into our lives, and even though we were physically alive, we were “dead in [our] transgressions and sins” (Ephesians 2:1). Through Christ’s finished work, however, we are a new creation (2 Corinthians 5:17), and through the Holy Spirit we produce the fruit of the Spirit (Galatians 5:22-23).

May Christ breathe his life-giving Spirit into our lives today!

God, Who raised Jesus our Lord from the dead, Who … was raised to secure our justification (our acquittal), [making our account balance and absolving us from all guilt before God]. – Romans 4:24-25 AMPC

After Adam and Eve sinned, they realized that their relationship with God had changed. They were no longer living in harmony with Him. When He approached, they did not welcome His presence. Instead, they “hid themselves” (Genesis 3:8). There was a painful separation, a kind of wall between them and God.

This was the first human experience of guilt. Since that day, guilt has become a common condition for all of us.

Many factors can trigger guilt. We might have disobeyed God or said or done things that violated His Word. This kind of guilt can haunt our minds and hearts. Even Christians can find it difficult to overcome guilt.

God provided a way for us to overcome these guilty feelings. Paul wrote that Jesus “was betrayed and put to death because of our misdeeds” (Romans 4:25 AMPC). So because of His death and resurrection, we can be forgiven and escape the hold guilt has on our hearts and minds.

The Bible promises, “If we confess our sins, He is faithful and just to forgive us our sins and to cleanse us from all unrighteousness” (1 John 1:9 NKJV). If we acknowledge our sins, we can be free and forgiven! Are you carrying any guilt or other burdens resulting from sin in your life? Confess any sins to God, and then accept His forgiveness. Jesus died and rose again, so you could be free and live in harmony with God.

For the Lord gives wisdom; from his mouth come knowledge and understanding.
Proverbs 2:6
DailyVerses.net