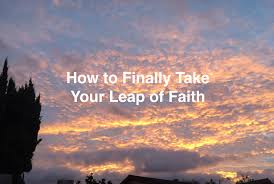 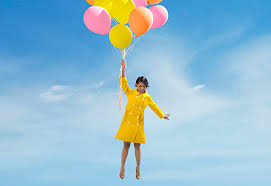 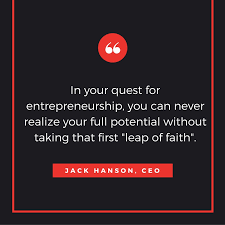 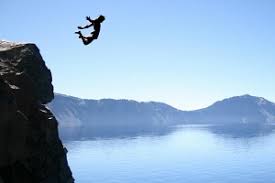 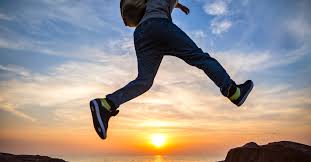 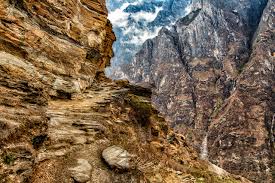 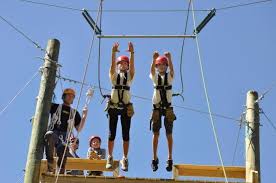 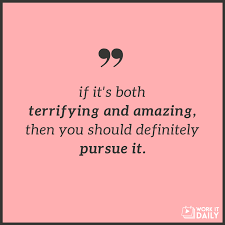 Is Your Faith Worth the Leap?

In today’s culture, many people have the opinion that we should live by our own standards, oblivious to the Word of God. Some want the blessings of the promises of God, without subjecting themselves to obedience to God. However, to truly be happy and fulfilled, we must examine ourselves in the light of God’s Word and live by it.

The stress and tensions of life become more unbearable when we live in selfish disobedience to the Word of faith. Yet simple submission and obedience to God’s Word relieve the stress that disobedience and today’s culture impose. Doubt is crippling, but faith is empowering; so make that leap! Faith in action brings victory!

The Bible says in James 2:26, that faith without works is dead. I have learned that faith with works (action) is alive. Faith without works (action) can become an unfulfilled fantasy. For if I have faith that God is leading me, but I do not follow or act on it, then faith turns to doubt and my inaction leads to death; the death of my faith and the death of my dream. This is a horrible state in which to exist.

We must be doers of the word and not just hearers. It is so human to hear the word, rejoice in what we hear, and then… ponder. Pondering plants seeds of doubt, which grows into the mighty tree of procrastination, that bears the poisonous leaves of inaction.

“But they delight in the law of the LORD, meditating on it day and night. They are like trees planted along the riverbank, bearing fruit each season. Their leaves never wither, and they prosper in all they do” (Psalms 1:2).

We must be like good soldiers and jump to attention, springing into action at the orders of our commander, the Lord. But what do we do instead? We hear the order and then prepare to jump, but inaction and hesitation cause us to get caught in the preparation, and we fail to jump. What a sad sight, to see the army of the Lord procrastinating before Him! How undignified!

It is better to jump and fall, than be stuck squatting down to jump. Squatting is a horrible place to stay. You can’t sit down. You can’t rise up. You can neither rest in your success nor stand in the knowledge of a job well done. Go ahead and jump! You can ask how high on the way up! Better to relieve the tension and stretch in the jump than to live with the constant strain of being stuck in the squat. Obedience in the jump is the better way. Make that leap of faith. We’ll see you on the way up!

When [Jesus] had finished speaking, He said to Simon, “Put out into deep water, and let down the nets for a catch.” — Luke 5:4

When we play Monopoly at my house, everyone races to land on Boardwalk first. If you’ve played the game, you know Boardwalk is the most valuable property on the board. It can win you the game, but you have to take on some risk to buy it and build there. In Monopoly, you can’t earn big money without risking a lot. If you only put a little on the line, you won’t see much of a return. Sometimes you’ve got to go big to achieve your goals.

The same is true about us and the character we want to develop in our lives. Maybe we’re skimping on our relationships, playing it safe and staying on the sidelines. Maybe we’re coasting in a job because it pays the bills even though it bores us to tears. What if you were to flip it around? What would it look like to go all in with your life? Don’t put your toe in the water; grab your knees and do a cannonball. Push all the chips to the center of the table. I know you’ll be scared. Do it anyway. It’s where the good stuff happens.

What would it look like to say yes to vulnerability in big ways?

Tell someone you trust what’s really going on inside of you, not what you wish were going on. If it’s fear you need to move past, blow past it like it’s not even there. Are you willing to risk failure, hoping you might be surprised by success? If it’s learning to love a group of people you don’t understand, what if you left the comfort of your easy relationships to build a couple of new ones with people you know might be a little more difficult but would stretch you?

There’s no shortcut to big change; it always comes with big risk. Are you willing to take yours today? Don’t make a list; make a call. You just might be surprised by the life you find on the other side of what’s holding you back.

What vulnerable step do you need to take next? 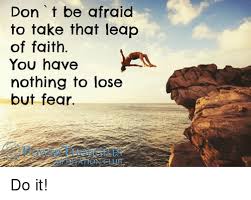 Here is God’s loving challenge to you and to me today. He wants us to think of the deepest, highest, worthiest desire and longing of our hearts, something which perhaps was our desire for ourselves or for someone dear to us, yet which has been so long unfulfilled that we have looked upon it as only a lost desire, that which might have been but now cannot be, and so have given up hope of seeing it fulfilled in this life.

“Is anything too hard for the Lord?” Not when we believe in Him enough to go forward and do His will, and let Him do the impossible for us. Even Abraham and Sarah could have blocked God’s plan if they had continued to disbelieve.

From the dunghill to the throne

‘He raiseth up the poor out of the dust, and lifteth the needy out of the dunghill; that he may set him with princes, even with the princes of his people.’ Psalm 113:7–8

O the joy of being a Christian! I know the world’s idea is that we are a miserable people. If you read the pages of history, the writers speak of the merry cavaliers as being men of high spirit and overflowing joy; but the poor Puritans, what a wretched set they were, blaspheming Christmas Day, abhorring games and sports, and going about the world, looking so terribly miserable, that it were a pity they should go to hell, for they had enough of torment here! Now this talk is all untrue, or at best is a gross caricature. Hypocrites, then as now, did wear a long face and a rueful countenance, but there were to be found among the Puritans hosts of men whose holy mirth and joy were not to be equalled, not to be dreamed of, or understood by those poor grinning fools who fluttered round the heartless rake whose hypocrisies had lifted him to the English throne. The cavaliers’ mirth was the crackling of thorns under a pot, but a deep and unquenchable joy dwelt in the breasts of those men that ‘trampled on the haughty who slew the saints of God.’ O far above the laughter of the gallants of the court, was the mighty and deep joy of those who rode from the victorious field singing unto the Lord who had made them triumph gloriously. They called them ‘Ironsides,’ and such they were, but they had hearts of steel, which while they flinched not in the day of danger, forgot not to flash with joy even as steel glitters in the shining of the sun. Believe me, however, whatever they were, that we who trust in Jesus are the happiest of people, not constitutionally, for some of us are much tried and are brought to the utter depths of poverty, but inwardly, truly, our heart’s joy is not to be excelled.