But even if you should suffer for what is right, you are blessed. “Do not fear their threats; do not be frightened.” 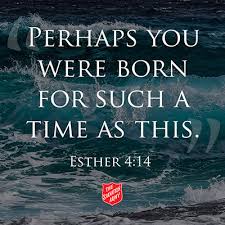 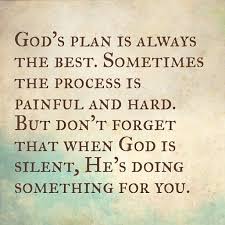 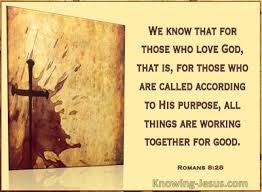 I recently sat on the back pew for a Sunday morning worship service. While that may not sound earth-shattering, it was quite the paradigm shift, as I’m usually on the first row of the church choir. But on this particular day, I slipped into church at the last minute and became the stereotypical “back row Baptist.”

It only took a few minutes of sitting on the back pew to realize I was not enjoying myself. I felt isolated, hidden, and quite removed from the actual worship experience. Singing the great hymns of the faith wasn’t a lot of fun, as my fellow back-row believers didn’t want to sing. As I looked around I noticed many folks seemed disengaged from the act of worship.

The longer I sat there observing distracted, sad-faced worshippers, the more frustrated I became. I wanted to interrupt the sermon and yell out, “Hey, pay attention, people. We are here to worship – not clean the pews with our coattails.” But as I mentally completed my Oscar-worthy “holier than thou” spiritual speech, God quietly and patiently whispered in my ear, “But Lori, you’ve made me a back-seat God for a while now, so how can you criticize the very thing of which you are guilty?”

Ouch. Reality hit hard as the words of Matthew came flooding into my heart:

“But seek first his kingdom and his righteousness, and all these things will be given to you as well.” (Matthew 6:33 NIV)

Sitting on that back pew, I had to admit I hadn’t been seeking very much of Him in recent days. My time in the Word and prayer was hit or miss, I wasn’t actively serving in a church ministry outside of choir, and couldn’t remember the last time I shared the Gospel with a non-believer. I was guilty of turning into a back-row believer; a believer in name only who chose to avoid a meaningful and purposeful relationship with my Lord.

Perhaps, like me, you realize you have settled too deeply into a back-row relationship with Jesus. Intimacy with Him is just a thing of the past and the ministries of the church mean very little to you, as church attendance is more an after-thought than a priority. Maybe your back-row relationship has led to less tithing, fewer Bible studies, and a diminishing passion for the Savior. If that’s the case, don’t despair. There’s room for change.

The good news for back-row believers like myself is we serve a God who understands. In Isaiah 1:2-3 (NLT), He says to the wayward believers in the nation of Israel:

“The children I raised and cared for have rebelled against me. Even an ox knows its owner and a donkey recognizes its master’s care – but Israel doesn’t know its master.”

This verse reminds us that God grieves when we walk away. But, he knows his people are sinful and may yield to the temptation to become back-row believers who forget the one who gives purpose and passion to life. Yet, God loves you as much as he loved the Israelites and he’s not giving up on you. He loves you too much to let you wander in the wilderness for a long season.

Wherever you are this day in your walk with the Lord, remember that there is hope for change. God wants you to grow with him, and he will patiently guide you to deeper levels of intimacy if you’re willing to be led. So, make it a goal this week to start slipping off that back-row seat and inch a little closer to the front, telling God and your church that you’re ready to grow and serve. Let’s all make an effort to move from back-row believer to front row faithful for a stronger impact on the kingdom.

You Were Made for This

It’s easy to wonder if we’re missing some mystical, great, noble purpose that’s supposed to squeeze into our ordinary lives. We might feel numb. Or bored. We ask questions like: I’m in. I am all surrendered to God. But now what? What does He wants me to do?

God’s goal for our lives is that we live in complete and utter surrender to and dependence on Him. He built us to need Him. And it’s always His mercy to show us that need, whatever the cost. Living on mission with the Creator of the Universe is the most beautiful, purposeful thing we could do with our short time on earth. This is your purpose: to know God and make Him known. As we read the story of God through Scripture, we know we are to love, without hesitation, every person God puts in our paths. And we are to love God more than anything.

Are you searching for your calling in life? If you’re reading this, you have the opportunity for ministry right under your nose, never needing to move or change a thing. Life is too short to spend time worrying about where on this planet you should be. As Jim Elliott, the great missionary-then-martyr said, “Wherever you are, be all there.”

Rather than becoming paralyzed with fear that you might move when you should stay or stay when you should move, pray and commit your ways to the Lord. And then go do something!

God invites us into His will like a loving dad in a swimming pool, asking his little child to jump. Whether that child jumps really far or barely scoots into the pool, that dad will move to catch him. So don’t be afraid. God’s will is moving, and if we will just jump, His will is going to catch us.

Joseph did this so beautifully. God had shown him that He would do awesome things, and rather than worry about being stuck in prison or as a slave in Potiphar’s house, Joseph did great things with God wherever he was. You can do great works wherever you are. Likewise, don’t be afraid to go — or be afraid to stay.

In heaven, even the most adventurous missionaries among us won’t be rewarded because of an earthly location; they’ll be rewarded for their obedience and faithfulness. Those who spent most of their lives in cubicles and driving in carpool lines will stand beside them receiving similar crowns. It’s not our place of ministry that matters most; it’s what we do in our places.

For Joseph, his calling and God’s purpose for his life took determination and a conscious choice to surrender. He gave everything he had to serve well, even as a slave and a falsely accused inmate. Genesis 39:2-4 reminds us, “The LORD was with Joseph, and he became a successful man, and he was in the house of his Egyptian master. His master saw that the LORD was with him and that the LORD caused all that he did to succeed in his hands.”

If we know that no place, no job, no marriage, no child is going to perfectly fulfill us, we can choose to quit fighting for happiness and start fighting for God’s glory instead. It takes determination to trust Him while you’re still in your place, doing the seemingly mundane tasks of life. Let’s assume that if we’re breathing, then we have a purpose for being here. Every one of us with breath in our lungs still has something left to do.

“The Revelation of Jesus Christ, which God gave Him to show to His bondservants, the things which must soon take place.” – Revelation 1:1 NASB

In this vision, Jesus described “things which must soon take place.” But there was one important condition: These revelations were revealed exclusively to “His bond-servants.” These were not casual Christians but people with a total commitment who served Him without reservation. They laid aside their own plans, ready to do His will. They were not concerned about popularity or the opinions of others but had surrendered their lives to Him.

This same pattern is true today as God looks for people who truly trust Him and are confident He understands the present and knows everything that will happen in the future. He possesses deeper levels of insights about business and science, strategies and planning, education and relationships, technology and ministry, and every area of life. And He is ready to reveal deeper truths to those who are His servants, who have the right perspective and attitude.

If you want to receive deeper insights, make sure you are available for God, listening and sensitive to His Spirit. Seek Him. Commit to being His servant. Declare that Jesus is your Lord. Demonstrate that you belong to Him through the choices you make. Be ready to obey Him in your relationships and finances, lifestyle and hobbies, words and deeds.

As you demonstrate that you are His servant, be sensitive to receive more of His truth, more of His revelations about “things which must soon take place,” more about His plans for your life.

Streams in the Desert – March 1

Consider the work of God: for who can make that straight, which he hath made crooked (Eccles. 7:13).

Often God seems to place His children in positions of profound difficulty, leading them into a wedge from which there is no escape; contriving a situation which no human judgment would have permitted, had it been previously consulted. The very cloud conducts them thither. You may be thus involved at this very hour.

It does seem perplexing and very serious to the last degree, but it is perfectly right. The issue will more than justify Him who has brought you hither. It is a platform for the display of His almighty grace and power.

He will not only deliver you; but in doing so, He will give you a lesson that you will never forget, and to which, in many a psalm and song, in after days, you will revert. You will never be able to thank God enough for having done just as He has.
–Selected

We may wait till He explains,
Because we know that Jesus reigns.
It puzzles me; but, Lord, Thou understandest,
And wilt one day explain this crooked thing.
Meanwhile, I know that it has worked out Thy best–
Its very crookedness taught me to cling.
Thou hast fenced up my ways, made my paths crooked,
To keep my wand’ring eyes fixed on Thee;
To make me what I was not, humble, patient;
To draw my heart from earthly love to Thee.
So I will thank and praise Thee for this puzzle,
And trust where I cannot understand.
Rejoicing Thou dost hold me worth such testing,
I cling the closer to Thy guiding hand.
–F.E.M.I.

No one has ever seen God; but if we love one another, God lives in us and his love is made complete in us.
1 John 4:12
DailyVerses.net

I pray that out of his glorious riches he may strengthen you with power through his Spirit in your inner being, so that Christ may dwell in your hearts through faith. And I pray that you, being rooted and established in love.
Ephesians 3:16-17
DailyVerses.net