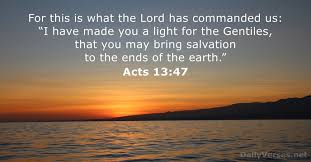 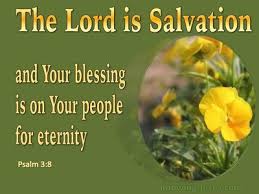 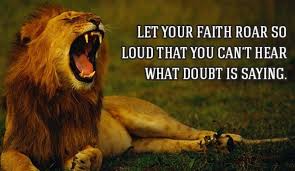 Dolores Rivera had a dream, one that contained a message from God. She dreamed of a pillowcase slowly falling, and its four corners grabbed her attention. Some weeks later, she heard of a town called Dolores, Colorado, a few miles away from a place called the Four Corners.

The Four Corners is a unique location where Colorado, Arizona, New Mexico, and Utah meet geographically. God called her to go to the Four Corners and pray.

After months of prayer, Dolores saved enough money for an airline ticket to Colorado but was short the funds for a hotel and food for a week. Knowing God would provide, Dolores exercised blind faith and obeyed.

Upon arrival, she found that the airlines had lost her luggage, so what little money she had was spent on necessities. Undaunted, she pressed on. Upon entering the tiny town, she was amazed to see her name on everything. There was the Dolores Post Office, the Dolores Bed and Breakfast, the Dolores Gas Station and so forth.

After speaking with a nice man at the Dolores Hotel, she became aware of spiritual depression in the area fostered by Native American spiritism and witchcraft. God spoke to Dolores again and led her through town to the Dolores Restaurant. The owners inside were Hispanic and because of Dolores’ Hispanic background, they had instant rapport.

The nice lady asked Dolores why she was there, and as she shared her story of God’s mission, the lady began to cry.

She said, “We have been praying for revival and asking God to send someone to help us.”

Later, she introduced Dolores to a Pastor and some friends, then provided free room and board for her stay. Next, to the Four Corners they went.

Finally, reaching the very spot where the four states converge, they began to pray. She asked for God’s hand upon the land, beginning with the little nearby town of Dolores. Suddenly, the sky opened up and a strong wind blew. She knew her prayer had been heard. She was glad she had obeyed.

Afterward, the very atmosphere in the town seemed to change. God blessed Dolores, Colorado. The local church experienced revival and growth, particularly with the youth. And the restaurant owners … they were blessed and their business grew.

On her return flight, Dolores experienced a flight delay in Washington D.C. and was given free food and lodging in a first-class hotel with a free ticket to anywhere! She used that day in Washington to pray for the Nation. She can testify to the scripture that says,

The Bible tells us,

“It was by faith that Abraham obeyed when God called him to leave home and go to another land that God would give him as an inheritance. He went without knowing where he was going.” (Hebrews 11:8 NLT)

Abraham obeyed with blind faith, and generations were blessed.

Another young man followed God’s call with blind faith. He packed up his family and traveled to an obscure neighborhood in a small town in Virginia. Having only $70 in his pocket, he arranged to buy a run-down television station in a dilapidated building.

To the casual observer, this TV station with its weak signal promised little more than a hobby. Yet like Dolores, Pat Robertson followed with blind faith in an adventure, which became the Christian Broadcasting Network, reaching the world for Christ!

If God is calling you to step out in blind faith, then obey Him and do it! Don’t wait for that perfect time. You might be unsure about some of the details, but don’t worry. When we show confidence in God’s call and obey Him, He honors our obedience and will enable us to succeed. He will not let you down. Blind faith is great faith, which leads to a wonderful life of adventures with God. Only He knows who will be blessed by your obedience.

Stepping out in blind faith is a delight to the Lord.

“Delight yourself in the Lord, and He will give you the desires of your heart.” (Psalm 37:4 ESV)

A Love Beyond Comparison

A few years ago, I visited a friend’s house for the first time. From the moment I entered, I was bombarded with exquisite beauty. Everywhere I looked, I saw things I longed to have. My eyes moved from the flooring she had chosen to the art on the walls to the lights hanging from the ceiling and finally to God, who had decided to allow me to walk naively into this den of jealous temptation.

Despite being caught in this death-trap of comparison, when she offered me some tea and pulled out the chips and salsa, I was all like, “I’m-fine-no-big-deal-what’s-up-with-you?”

Then I excused myself to the most perfect powder room ever so I could scrape myself off the immaculate parquet floors and ask Jesus to help me survive the rest of the visit.

On my way to the bathroom, I texted my husband and told him I might not make it out of this perfect house alive. My jealousy could cause my heart to explode at some point during this visit, so I asked him to please take care of the children and our IKEA furniture sitting on our 1990s cream tile floors.

He texted back: “So sorry. Must be hard.”

I pretended to believe he meant that in a supportive way.

The Holy Spirit met me there in my dream bathroom. He offered me a new version of the 10th commandment:

“Let her have her things.”

The words stopped me dead in my tracks. Obeying this command suddenly seemed so simple and liberating. Let her have her things. There was really no reason not to. I knew she had a stack of troubles as high as anyone else’s. I cognitively recognized her life was far from perfect. And for goodness’ sake, this was a person I loved — like, really and truly loved — and yet I’d forgotten that when I was blinded by her material blessings.

I needed the love of God to overcome my jealousy. I wasn’t left out or forgotten by God just because her vintage chandelier made mine look more shabby than chic. In fact, the more I obediently let her have her things, the deeper my awareness grew of God’s love for both of us.

John confirmed this connection between obedience and love when he wrote, “By this we know that we love the children of God, when we love God and obey his commandments. For this is the love of God, that we keep his commandments. And his commandments are not burdensome. For everyone who has been born of God overcomes the world. And this is the victory that has overcome the world — our faith” (1 John 5:2-4).

We glimpse God’s heart in the original commandments He gave Moses in Exodus. God knew if His people could honor the Sabbath, worship only Him, and live lives that showed love and respect for others, then they would avoid many painful consequences. The commandments are God’s way of saying, “I love you.”

Obeying God’s commandments is our “I love you” back to God. Loving one another with generous hearts proves we understand that Jesus obediently sacrificed Himself so He could look at God and say, “Let them have my things.”

And Jesus’ things, such as His righteousness, holiness and victory over death, are far greater gifts than any pretty thing on earth. His love is leading us all home to God, where we will enter God’s joy forever on floors that are a smidge nicer than any we’ve seen in this life.

What can compare with that?

“I, John, your brother and fellow partaker in the tribulation and kingdom and perseverance which are in Jesus, was on the island called Patmos.” – Revelation 1:9 NASB

Picture John on the island of Patmos. Old. Alone. Filled with memories. Looking back, he could reflect on times when he was close to Jesus. He had performed miracles and spoken to multitudes. He had been central to the development of the early church.

How isolated he might have felt on Patmos, a small island that served as a place of banishment. He must have seemed far from the action. How had he ended up in a place that seemed so insignificant?

From the perspective of the world, John might have seemed forgotten. Yet he was in the exact place where God wanted him. Perhaps it is most important to remember that it was on Patmos where he was in a position to receive the visions and revelations that were recorded in the book of Revelation.

As we think about John, we turn to thoughts about our own lives. How do we evaluate our accomplishments? How do we know if we have been failures or successes? In the world, men like John might be considered failures. But in God’s kingdom, he was a great success, for he was faithful and accomplished His purposes. And he was just where God wanted him to be.

Today, make sure you have surrendered your life to God, that you are in the exact place He wants you to be, and that you are faithful, focusing on His goals for your life.

Streams in the Desert – March 4

Followers of them who through faith and patience inherit the promises (Heb. 6:12).

They (heroes of faith) are calling to us from the heights that they have won, and telling us that what man once did man can do again. Not only do they remind us of the necessity of faith, but also of that patience by which faith has its perfect work. Let us fear to take ourselves out of the hands of our heavenly Guide or to miss a single lesson of His loving discipline by discouragement or doubt.

“There is only one thing,” said a village blacksmith, “that I fear, and that is to be thrown on the scrap heap. “When I am tempering a piece of steel, I first beat it, hammer it, and then suddenly plunge it into this bucket of cold water. I very soon find whether it will take temper or go to pieces in the process. When I discover after one or two tests that it is not going to allow itself to be tempered, I throw it on the scrap heap and sell it for a cent a pound when the junk man comes around.

“So I find the Lord tests me, too, by fire and water and heavy blows of His heavy hammer, and if I am not willing to stand the test, or am not going to prove a fit subject for His tempering process, I am afraid He may throw me on the scrap heap.”

When the fire is hottest, hold still, for there will be a blessed “afterward”; and with Job we may be able to say, “When he hath tried me I shall come forth as gold.”
–Selected

Sainthood springs out of suffering. It takes eleven tons of pressure on a piano to tune it. God will tune you to harmonize with Heaven‘s key-note if you can stand the strain.

Things that hurt and things that mar
Shape the man for perfect praise;
Shock and strain and ruin are
Friendlier than the smiling days.