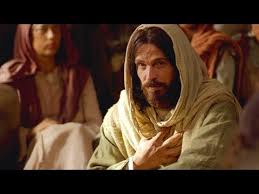 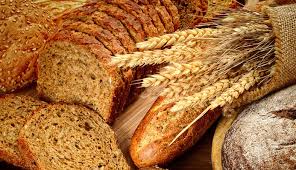 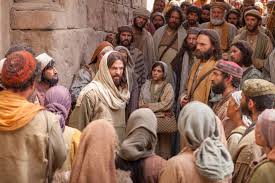 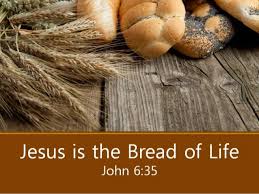 Every ten days I feed my sourdough bread starter whether it wants to eat or not. That’s the beginning process for making bread at our house. Forty-eight hours later, my family has three fresh loaves of the yummy-smelling bread.

Bread, a diet staple for man, contains a mixture of grain and water. The earliest forms of bread were baked on hot stones, while Egypt gets credit for the first leavened bread and brick ovens. Yesteryear’s coarse bread was nothing like today’s commercially baked, enriched, sliced white bread.

In the 1900’s in the United States, 95 percent of bread was baked at home. By 1950, commercial bakeries turned out 95 percent. When a child of 12 receives 75 percent of his calories from enriched bread, that amount supplies enough nutrition for sufficient growth.

However, the Bread of Life remains essential for good spiritual health. Jesus prescribed “daily requirements” when he said, “Man does not live on bread alone, but on every word that comes from the mouth of God” (Matthew 4:4).

On one occasion, a crowd rushed after Jesus and caught up in the moment of chasing after him, only one in 5000 plus remembered to bring along food. As the day grew long, Jesus noticed their hunger, and a young boy donated his food to Jesus, who in turn prayed over the crusts.

In Jesus’ hands, several loaves became thousands, and the usual processes of sowing seeds, sprouting, maturing, harvesting, grinding, mixing, and baking bypassed the usual months of labor leading up to sumptuous bread. After the meal, Jesus tried to leave the crowd, but many still trailed after him.

He knew their hearts. “You are looking for me, not because you saw miraculous signs but because you ate the loaves and had your fill.” John 6:26 Not any different from people today, those crowds liked the quick fix for hungry bellies.

In this same setting, Jesus connected table bread and the bread of heaven to say about himself, “He who comes to me will never go hungry, and he who believes in me will never be thirsty.” John 6:35

In elementary school, my class took a field trip to Mrs. Baird’s bakery in Houston, Texas. I still remember the line of fourth graders with our noses aloft, sniffing the yeasty scented air. Enticed, we became instant Baird fans. After the tour, each student received a slice of hot, buttered bread. Melted butter on warm bread lingers in my memory and is probably the best straight-out-of-the-oven bread I’ve ever sampled.

As good as that slice tasted, it will never compare to the true Staff of Life, the Bread of Heaven, Jesus Christ.

You Are Made for More

“I think God would be OK with this,” she said.

I wanted to weep. I wanted to pull my friend close and tell her God will never be OK with something that had the potential to harm those He loves.

In the end, I couldn’t convince her, and it broke my heart. Later … it broke hers.

My friend’s battle began with temptation. At first, she just flirted with a thought. She started listing all the reasons it made sense, leaving out the devastation it could leave behind. After time, she acted on it. Eventually she crumbled when it didn’t turn out the way she thought it would.

We’re not alone in the battle. Jesus faced temptation. In Luke 4, Jesus is in a face-to-face battle in a barren wilderness with Satan. He is tempted on every level, just as we are.

The enemy starts with a simple temptation.

Imagine being in a wilderness with no food. Jesus’ stomach caves in with hunger.

With one word, the stones at Jesus’ feet could be turned to bread, but He stands firm. He’s on to the enemy’s plans. His Heavenly Father sent Jesus on a mission to draw a broken world to Himself.

This isn’t about bread at all. The enemy wasn’t trying just to destroy Jesus, but also God’s plans for Him.

Jesus doesn’t argue with him. He doesn’t entertain the temptation, but instead He counters with the Word of God. Through His example, He reveals that obedience to our Heavenly Father is greater than satisfying a right-now hunger. Jesus refuses to be deceived by one who cares less about Him and more about the destruction of His soul.

Every one of us has heard that voice of enticement … more than once.

Temptation calls us to compromise or fulfill an instant longing that takes us away from the will of God. It demands that we take things into our own hands and strip them from God’s. It tries to separate us from God — and His perfect plans for us — as much possible.

When my friend struggled with temptation, she placed her attention on her immediate hunger, and it blinded her to the real battle taking place.

If you’re tempted, your Savior is aware of your needs, far beyond the right-now. He understands how it feels to be tempted. He promises to help overcome temptation until you’re on the other side of the enemy’s plans.

Years later, my friend found her way back. There was a long trail of hurt behind her, but God healed her heart, and she held close to Him as she mended relationships wounded by her actions.

When asked to share her story, she simply says, “If it contradicts God’s best for you, run the other way.”

Whatever the temptation, temporary desires will never be greater than the lasting transformation that comes from choosing truth.

Streams in the Desert – March 10

But my righteous one will live by faith, and if he shrinks back, I take no pleasure in him. (Heb 10:38)

Seemings and feelings are often substituted for faith. Pleasurable emotions and deep satisfying experiences are part of the Christian life, but they are not all of it. Trials, conflicts, battles and testings lie along the way, and are not to be counted as misfortunes, but rather as part of our necessary discipline.

In all these varying experiences we are to reckon on Christ as dwelling in the heart, regardless of our feelings if we are walking obediently before Him. Here is where many get into trouble; they try to walk by feeling rather than faith.

One of the saints tells us that it seemed as though God had withdrawn Himself from her. His mercy seemed clean gone. For six weeks her desolation lasted, and then the Heavenly Lover seemed to say:

“Catherine, thou hast looked for Me without in the world of sense, but all the while I have been within waiting for thee; meet Me in the inner chamber of thy spirit, for I am there.”

Distinguish between the fact of God’s presence, and the emotion of the fact. It is a happy thing when the soul seems desolate and deserted, if our faith can say, “I see Thee not. I feel Thee not, but Thou art certainly and graciously here, where I am as I am.” Say it again and again: “Thou art here: though the bush does not seem to burn with fire, it does burn. I will take the shoes from off my feet, for the place on which I stand is holy ground.” —London Christian

Believe God’s word and power more than you believe your own feelings and experiences. Your Rock is Christ, and it is not the Rock which ebbs and flows, but your sea.
—Samuel Rutherford

Keep your eye steadily fixed on the infinite grandeur of Christ’s finished work and righteousness. Look to Jesus and believe, look to Jesus and live! Nay, more; as you look to him, hoist your sails and buffet manfully the sea of life. Do not remain in the haven of distrust, or sleeping on your shadows in inactive repose, or suffering your frames and feelings to pitch and toss on one another like vessels idly moored in a harbor. The religious life is not a brooding over emotions, grazing the keel of faith in the shallows, or dragging the anchor of hope through the oozy tide mud as if afraid of encountering the healthy breeze. Away! With your canvas spread to the gale, trusting in Him, who rules the raging of the waters. The safety of the tinted bird is to be on the wing. If its haunt be near the ground—if it fly low—it exposes itself to the fowler’s net or snare. If we remain grovelling on the low ground of feeling and emotion, we shall find ourselves entangled in a thousand meshes of doubt and despondency, temptation and unbelief. “But surely in vain the net is spread in the sight of THAT WHICH HATH A WING” (marginal reading Prov. 1:17). Hope thou in God.
—J. R. Macduff

“I say to you, the rest who are in Thyatira … who have not known the deep things of Satan.” – Revelation 2:24 NASB

Jesus gave John a message for the church in Thyatira in His revelation. They needed to continue their “love and faith and service and perseverance.”

But they were warned because they “tolerated the woman Jezebel.” This symbolizes people who were leading God’s people astray. Those guilty of these things might not have known the “deep things” of Satan. The Greek word suggests a mystery. The Bible frequently mentions that God’s Word is filled with mysteries. But here we discover that “deep things” are also associated with Satan. This reminds us that Satan can be subtle and disguise his intentions. He seems to be one thing while in reality, he is something else.

When it comes to Satan’s goals, not everything is clear or obvious. We know that he is a liar and the father of lies (John 8:44). He is devious and subtle. He tries to take advantage of us with “his schemes” (2 Corinthians 2:11).

He can appear to be harmless and even “an angel of light” (2 Corinthians 11:14). Because of his devious, deceitful character, Satan can trap us into drawing the wrong conclusions and spreading chaos and destruction.

In your life, make sure you stay on guard for the subtle ways you can be attacked, the deceptive ways he can try to influence your thoughts and attitudes, and the lies that he can spread. Fill your mind and heart with God’s Word. Stand firm!

The thief comes only to steal and kill and destroy; I have come that they may have life, and have it to the full.
John 10:10
DailyVerses.net