In your relationships with one another, have the same mindset as Christ Jesus.       Philippians 2:5 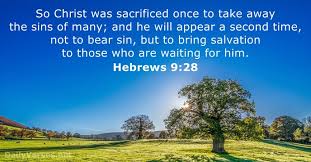 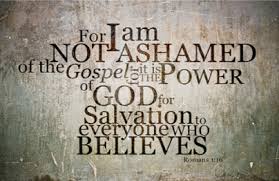 Songs in the Night

A true worshiper sings songs in the night.

Though the fig tree does not bud and there are no grapes on the vines, though the olive crop fails and the fields produce no food, though there are no sheep in the pen and no cattle in the stalls, yet I will rejoice in the Lord, I will be joyful in God my Savior. – Habakkuk 3:17-18

The magistrates ordered them to be stripped and beaten. After they had been severely flogged, they were thrown into prison, and the jailer … put them in the inner cell and fastened their feet in the stocks. About midnight Paul and Silas were praying and singing hymns to God. – Acts 167:22-25

American theologian, philosopher, preacher, and the president of Princeton University, Jonathan Edwards (1703–1758) distinguished between two kinds of gratitude in his Religious Affections: “natural” gratitude and “gracious” gratitude. Natural gratitude involves being appreciative for good gifts: “Thank You, Lord, for a beautiful day.” Gracious gratitude, however, gives thanks for who God is, not just for benefits received: “Thank You, Lord, that nothing can separate us from Your love.” According to Chuck Colson, gracious gratitude is “relational, not conditional.”

Anyone can give thanks for blessings. But true worshipers have learned to give thanks in everything. It was gracious gratitude that flowed from Paul and Silas in the pain of their prison experience. Their story is a high-water mark in God’s search for worshipers. I want to become a worshiper like them.

There was a time when I thought that by exercising faith, almost any unpleasant situation would turn around. When my wife’s mother was sick with cancer, our fellowship mounted a vigorous prayer assault. We were certain she would be healed. After all, didn’t Jesus say, “Ask and you shall receive”? We were stunned when she died. How could that have happened?

That was the beginning of a refining process that my faith is still undergoing today as I learn gracious gratitude. Several years after my mother-in-law’s death, I was in Manila and heard the testimony of a leader in the Chinese church. This man had been sent to prison multiple times and spent years there for his faith. I will never forget how he told of volunteering for a job in prison that required him to wade in human excrement and sewage up to his chest. The stench was awful, but because no one else was around, it provided him with the rare occasion to sing God’s praises unhindered, especially the hymn, “In the Garden.”2 Since that day, I have often cried when I hear the words of this hymn and think of his story: “And He walks with me, and He talks with me, and He tells me I am His own; and the joy we share as we tarry there none other has ever known.” I want to be a worshiper like this amazing man.

Praise that is dependent upon blessing can easily turn into grumbling when the blessing is gone. It reveals that we measure what is good by a temporal standard, rather than by an eternal one.

When we suffer, we must first learn endurance: “If you suffer for doing good and you endure it, this is commendable before God” (1 Peter 2:20); “endure hardship as discipline; God is treating you as sons” (Hebrews 12:7); “if we endure, we will also reign with him” (2 Timothy 2:12).

But beyond patiently waiting out a difficulty is an even deeper response—giving thanks for the difficulty: “Dear friends, do not be surprised at the painful trial you are suffering, as though something strange were happening to you. But rejoice that you participate in the sufferings of Christ, so that you may be overjoyed when his glory is revealed” (1 Peter 4:12–13).

How can we rejoice in our sufferings? By realizing that through those sufferings, our identification and fellowship with Christ will increase and we will better know Him and His love for us: “I want to know Christ and the power of his resurrection and the fellowship of sharing in his sufferings” (Philippians 3:10).

I went through a severe period of financial testing during a time when I had three children in college. Early one morning, I was desperate to know why God was not answering my prayer and ending the trial. He brought to mind that my own father and mother had gone through a business failure and were also nearly bankrupt at a time when they had three children in college. The Holy Spirit led me to remember things to which I had been oblivious at the time. In that moment, I said “thank You” for the trial I was experiencing—I would not have known the depth of my parents’ love without it. In identifying with their sufferings, I knew them better.

Peter encouraged us to “greatly rejoice” when we experience trials. He said that they, like the refiner’s fire, prove that our faith is genuine and will result in praise and glory: “And even though you do not see him now, you believe in him and are filled with an inexpressible and glorious joy, for you are receiving the goal of your faith, the salvation of your souls” (1 Peter 1:8–9).

God is certainly pleased with natural gratitude, the kind that springs up in response to His blessings. But when He hears songs in the night—rejoicing in the midst of suffering—He stops what He is doing and gives it His undivided attention.

Living with a Christlike Heart

“The jailer woke up, and when he saw the prison doors open, he drew his sword and was about to kill himself because he thought the prisoners had escaped. But Paul shouted, ‘Don’t harm yourself! We are all here!’” Acts 16:27-28 (NIV)

It was a rare retreat I really wanted to attend. Healthy meals and exercise, plus chapel services

and morning devotions. Focused on healthy living, nutrition and studying God’s Word, it
sounded like a reset I needed. But there was a problem: It was five days long.That would be five days my husband James would need to watch our three kids and work, while I was relaxing (and occasionally sweating) in retreat mode. It seemed a lot to ask, but I decided to ask anyway. James said he would; he made the sacrifice so I could go refuel at the retreat.

He chose to put me first and allow his calendar to be rearranged for my benefit.

In the Bible, we find many stories of men and women sacrificing for someone else’s good, like Paul and Silas and the radically sacrificial choice they made in Acts 16. Ministering in the city of Philippi, Paul commanded a spirit of divination to depart from a fortune-telling slave. This woman brought tremendous profit, so her outraged masters seized Paul and Silas and reported them to the authorities. Paul and Silas were hastily beaten without a hearing, lashed with many stripes, and thrown in the inner prison.

Yet in that stinky, filthy prison, with bruised and bloodied bodies, Paul and Silas sang praise to God at midnight. Praise! Acts 16:26 says suddenly there was a great earthquake that shook the foundations of the prison. The prison doors flung open and every prisoner’s chains came loose. Can you imagine such a dramatic scene?

Our key verse says, “The jailer woke up, and when he saw the prison doors open, he drew his sword and was about to kill himself because he thought the prisoners had escaped. But Paul shouted, ‘Don’t harm yourself! We are all here!’”

Under Roman law, any guard who allowed a prisoner to escape was liable for the same penalty the prisoner received. If the prisoners escaped, the guard would be executed. When the jailer saw every person in the prison free from their chains, he figured his best option was to take his own life.

As a prisoner, what would you have done?

I might have interpreted that whole “earthquake, prison-doors-open” miracle as my cue to escape. But Paul doesn’t think about his own safety. He thinks of the jailer, and he shouts, “Don’t harm yourself! We are all here!”

This Christlike attitude stuns the jailer, who goes from trying to take his own life one moment to finding eternal life through Jesus Christ the next.

The jailer immediately called for lights and rushed in, confirming none of the prisoners escaped. Then he fell trembling before Paul and Silas. Verse 30 says the jailer asked, “Sirs, what must I do to be saved?”

Paul and Silas put the needs of the jailer ahead of their own. They didn’t run and escape to save their own skin; they stayed and shared the good news of Jesus Christ. God used them to bring salvation to the jailer and his whole household.

When we put other people ahead of ourselves, considering their needs, hopes and dreams, we become more like Christ. It might be as small as watching someone’s kids or as big as giving money sacrificially or forgiving a spouse. In this selfie-driven, social media culture, life can easily revolve around me, myself and I. But in God’s Kingdom, the focus is “What can I do for you?” That’s exactly what Paul demonstrated when he chose to save the jailer’s life in Philippi.

“What must I do to be saved?”This was a question asked long ago by a man simply identified as “the keeper of the prison” (Acts 16:27). And people are still asking the same question today.

God directed the apostle Paul to some new places after his first missionary journey, including the Roman colony of Philippi. The Jewish population in Philippi must have been small, because there wasn’t a synagogue. There was only a place of prayer at the riverside. Paul and Silas went there and shared the gospel with a woman named Lydia, who put her faith in Christ.

Afterward, the devil went on the attack. Paul and Silas were arrested, whipped, and thrown into prison. Yet they didn’t become angry with God. In fact, the Bible says that “at midnight Paul and Silas were praying and singing hymns to God” (Acts 16:25).

Suddenly an earthquake shook the place, and the prison doors flew open. The jailer knew he was in trouble, because if any of his prisoners escaped, he not only would be executed, but he would be tortured.

He was ready to kill himself when Paul called out from the darkness, “Do yourself no harm, for we are all here” (Acts 16:28).

The jailer said, “Sirs, what must I do to be saved?”

Paul’s response was significant: “Believe on the Lord Jesus Christ, and you will be saved” (Acts 16:31).

The same Jesus who changed that hardened Roman jailer can forgive you and change your life as well. Then you can look forward to the future, knowing that God will be in control of your life and that He has a plan for you. You will also have the wonderful knowledge that when you die, you will go to Heaven.