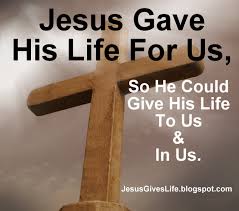 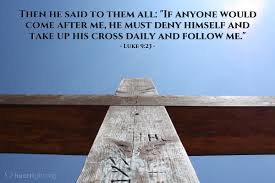 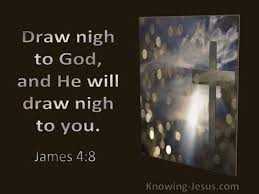 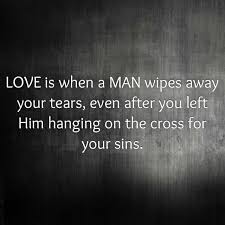 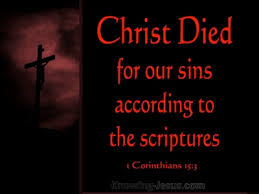 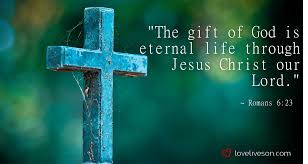 It Didn’t End at the Cross

Praise be to the God and Father of our Lord Jesus Christ! In his great mercy he has given us new birth into a living hope through the resurrection of Jesus Christ from the dead, and into an inheritance that can never perish, spoil or fade–kept in heaven for you, who through faith are shielded by God’s power until the coming of the salvation that is ready to be revealed in the last time.
—1 Peter 1:3-5

A little boy born with Down syndrome attended his third-grade Sunday School class faithfully each week. As you can expect, the other children did not readily accept the boy because he seemed different.

The Sunday after Easter, their teacher brought in small boxes–one for each child. The children were told to go outside, find some symbols of new life, and put them in their containers. So the children ran wildly throughout the property looking for something to fill their boxes.

Once they returned to the classroom, they began to share their discoveries with the class. One by one they opened their boxes to show flowers, butterflies, leaves, and more. Each time the class would “ooh” and “ahh.”

Then the child with Down syndrome opened his box to reveal nothing inside. The children exclaimed, “That’s stupid! It’s not fair! He didn’t do the assignment right!”

The little boy exclaimed, “I did so do it! It’s empty…because the tomb where Jesus laid was found empty!”

If Jesus had not risen from the dead, our faith would be foolish and fake. But He did rise from death, confirming His life and message. The resurrection of Jesus is the basis for our hope of life eternal beyond the grave.

Don’t ever forget to include the resurrection of Christ from the dead when speaking of His death on the cross. For because He conquered sin on the cross and death through His resurrection, we can have unmistakable hope in Him for eternity.

“The next day John saw Jesus coming toward him, and said, ‘Behold! The Lamb of God who takes away the sin of the world!’” – John 1:29 NKJV

Fanny Crosby struggled to find peace. Born in 1820, she had been blinded while still an infant. Yet instead of making her blindness an excuse, she became one of history’s great hymn writers.

Even though Crosby had become a believer as a child, as a young girl she felt that something was missing. In November 1850, she joined other Christians attending revival meetings. Hungry for more, she returned, night after night. Then, on November 20, she had a breakthrough while the congregation sang “Alas! and Did My Savior Bleed,” a hymn written by Isaac Watts in 1707.

Watts wrote this hymn to express how deeply he realized that he owed everything to God. “Alas! and did my Savior bleed, and did my Sovereign die? Would He devote that sacred head for such a worm as I?” Watts was amazed that “Christ, the mighty Maker, died for man, the creature’s sins.” His heart was dissolved “in thankfulness, and melt mine eyes to tears.”

He found himself “at the cross where I first saw the light, and the burden of my heart rolled away.” We can imagine how Fanny Crosby, in her blindness, would respond to Watts’ inspiring refrain that “It was there by faith I received my sight, and now I am happy all the day!”

As she sang the last verse, she was stirred by the hymn’s words: “Here, Lord I give myself away ‘tis all that I can do.” Realizing that she needed to yield herself fully to Jesus, she later recalled, “I surrendered myself to the Savior, and my very soul flooded with celestial light. I sprang to my feet, shouting ‘Hallelujah.’”

Today, think about all that Jesus has done for you. Surrender your life to Him. He is the Lamb of God who died for you. He has taken away your every sin!

The suffering and torture of Jesus had begun.  After being scourged under Pilate’s command, Jesus was ordered to be crucified.  The whole garrison of the Roman military clothed Jesus with a purple robe, twisted and pounded a crown of thorns into His skull, mocked Him, spit on Him, ripped His beard, struck Him on the head with a reed, had Jesus carry the cross to where He would be executed, and nailed Him to the cross.

The blood of Jesus poured out of His body, His flesh ripped from head to toe. The prophet Isaiah said of Jesus, “Just as there were many who were appalled at him- his appearance was so disfigured beyond that of any human being and his form marred beyond human likeness” (Isaiah 52:14).

As Jesus was married and disfigured from being tortured so much and hanging on the cross, those who saw Him mocked and tempted Him once again.  They reminded Jesus that He once said to tear the temple down and He would raise it in three days.  They taunted Him by saying that He saved others during His days on earth but couldn’t even save Himself.

They mockingly called Him the King of Israel who needed to prove Himself by coming down from the cross in His power.  Jesus was not distracted, nor given in to the people’s comments.  He was not committed to proving Himself to people and protect His reputation, but Jesus was determined and passionate about saving those who taunted and tempted Him, as well as the whole world.  Jesus poured out His blood because of His great love and mercy, not to save Himself, but to redeem the world.

The blood of Jesus saves you from eternal separation from God and eternal hell when you die.  The blood of Jesus has the power to cleanse you, save you, and restore your relationship with God.  The holy blood that was poured out on the cross is your only provision for eternal life in heaven and abundant life on earth.  Jesus did not save Himself because His love was determined to save you from the penalty and power of sin.

The blood of Jesus saves you from the curse of sin.  Since sin is the root of pain and destruction and declares all under sin to be under its curse, Jesus became the curse on the cross.  Galatians 2:10 says, “Cursed is everyone who does not continue in all things which are written in the book of the law, to do them.”  The good news is that through Christ’s blood, you have been set free from the curse that sin brings!

The apostle Paul goes on to say, “Christ has redeemed us from the curse of the law, having become a curse for us” (Galatians 2:13).  The blood of Jesus crushed the curse that comes from sin in your life.  Jesus did not save Himself because His love was determined to save you from the curse of sin and death that tries to overcome you in this life.

The blood of Jesus saves you from sickness, disease, and physical pain.  The prophet Isaiah saw why Jesus was so marred and bloody on the cross.  Jesus not only bore your iniquities on the cross, but He bore your sickness, carried your physical pain, and healed you (Isaiah 53:4-5, Matthew 8:16-17).  The blood of Jesus is the answer to your healing right now.  He took the curse of your physical pain and sickness so that you can be whole and completely healed.  Jesus did not save Himself because His love was determined to save you from sickness and disease.

Brothers and sisters, if someone is caught in a sin, you who live by the Spirit should restore that person gently. But watch yourselves, or you also may be tempted.
Galatians 6:1
DailyVerses.net