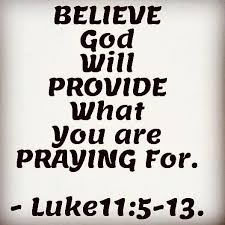 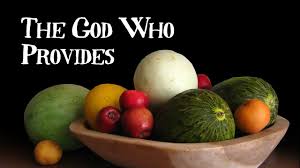 Consider the ravens: for they neither sow nor reap; which neither have storehouse nor barn; and God feeds them: how much more are ye better than the fowls? (Luke 12:24 KJV)

I will never have the actual privilege of being a grandfather to grandchildren of my own. But I hold the same belief pertaining to grandfathers as I do stepfathers; whoever is doing the job earns the title regardless of blood relation. That is why when I refer to my grandsons, they aren’t by kinship but they are in my heart. I met their moms through my ministry to unwed mothers, when they were about to become new parents.  Each had a wonderful little son who immediately captured my heart on sight. I was there when both were born and was the first man other than doctors that got to hold them. I don’t believe it would be possible to love kids any more than I do these boys.

My wife and I had the privilege one Friday night to have the oldest one, Sam, who was then 18-months-old, spend the night with us, and most of the day Saturday. We laid out a foam mattress and blankets on the living room floor for him and a sleeping bag and blanket beside it for me, and we camped out, I guess you could say. As I lay there in the darkness, it was broken only by an occasional flash of lightning casting quick shadows in the dark room. I began to think about how Sam wasn’t concerned in the least with the weather outside. I also thought of how he hadn’t given a thought to whether he would be warm and comfortable or even fed or safe. When he finally closed his eyes and drifted off to sleep, I am sure none of those thoughts were even in his little mind.

I was lying there thinking about how our heavenly Father desires for us to be that dependent on him. He would love for us to trust him completely, as Sam did me, to the point where our care and provision never even cross our minds. He would have us to be so sure of his care that the storm around us didn’t even phase us, no matter how dark and scary the shadows might be. For us to just lay back next to him and close our eyes in total peace knowing we are safe from all harm would be a great compliment to his care for us. For him to have our total trust and dependence would bring the same satisfaction to his heart as Sam’s complete and unquestioning faith did to mine.

The book of Nehemiah is nestled so snugly in the Old Testament that we often pass right by it. I bet that’s how Nehemiah felt as a cupbearer to the King. He was always around and was a crucial part of the king’s court, but I’m sure he felt that he was overlooked at times.

A lot of us are probably like Nehemiah. We have a comfortable job, get a decent paycheck, but there’s a burning desire to do something more. The problem for many of us today is that we struggle to find purpose and often think, “I don’t know what to do with my life.” Nehemiah could have stayed content with his cushy job, but decided to step up to a challenge that no one accepted for 140 years: rebuild the walls of Jerusalem.

The Challenges of Rebuilding the Wall

The story of how Nehemiah found his purpose in life is inspiring, and is centered on one tenet: prayer. He was constantly going to the Lord in prayer, which is how he became aware of the ultimate challenge to rebuild the city walls in Jerusalem.

The task was far from easy and Nehemiah had many obstacles to overcome including:

Building the wall was the easy part – managing the obstacles was the challenge.

One day Nehemiah was a cupbearer and the next day he was the governor of Judah managing project that seemed impossible. This unexpected leadership role probably felt a little overwhelming at times for Nehemiah, but he was able to lead with integrity because of his faithfulness in working for the king all those years.

Aspiring leaders take note of Nehemiah. Here’s a man who petitioned the King of Persia to allow him to move up from his position as a cupbearer to the governor of Judah. Talk about a bold request for a promotion!

But it wasn’t done on the fly. Nehemiah carefully planned his approach and was a prudent leader, which makes for an excellent challenge to those who want to do the ‘impossible.’ Here are three characteristics of Nehemiah:

At the core of Nehemiah’s planning was prayer. Too often, leaders will dive into a project without seeking God, and rely solely on the plans they’ve made. The other extreme is to ignore your planning altogether because you figure that God will “make it all come together.” Both extremes are the opposite of good leadership. Trust God, but also use the resources God has given you.

God has blessed us with intellect and the ability to plan ahead. Nehemiah reflected strong leadership as he made prayer the center of his plans. When he presented his plan to the king, God’s favor rested on him and the challenge to rebuild was underway.

Everyone wants a say as to how things should be done, right? When it comes to rebuilding miles of city walls around Jerusalem, there had to be some opinions thrown to Nehemiah.

While we don’t know how many opinions were given during the build, we do know that Nehemiah divided the labor into segments to rebuild sections of the wall. In fact, this is one of the most incredible stories in the Bible that highlights the concept of the division of labor. Nehemiah was able to communicate to the groups of Israelites that the wall would be built faster if teams focused on making their section the best possible.

That theme holds true even in the New Testament when Paul speaks about the body of Christ and how it’s made up of many parts. Israel needed direction and Nehemiah delivered from a management perspective.

Most of all, Nehemiah led the entire project with a servant’s heart. While the phrase may seem cliché today, Nehemiah was literally a servant leader. As part of the king’s court, he was essentially the chief servant in charge of serving drinks to the king’s table. As the new governor of Judea, Nehemiah took the challenge and lead as a servant.

Unlike other governors, Nehemiah refused to collect taxes from the poor who had been burdened by famine and economic stress. He also refused to take any land as payment while governing Judah, showing the nation of Israel that his priorities weren’t self centered but outwardly focused.

Under the leadership of Nehemiah, the walls of the city of Jerusalem were rebuilt in 52 days. A task that had been left undone for 140 years was completed in just 52 days through the leadership of a former cupbearer who approached everything in prayer and careful planning.

How many times have you told yourself, “I’m just a [fill in the blank with your current job].” Nehemiah was just a cupbearer but God used him to do great things because he was willing to lead with integrity and with a servant’s heart.

“Lead me in the right path, O Lord, or my enemies will conquer me. Tell me clearly what to do, and show me which way to turn.” – Psalm 5:8 NLT

David needed direction. Struggling, he spoke of “groaning” and his “enemies.” Praying earnestly, he asked God to “listen to my cry for help” (v. 1-2). He also recognized that he needed to purify his heart and mind and be pleasing to Him.

He knew the importance of humility and depending on God’s “unfailing love” (v. 7). Others might focus on themselves or be willing to act in ways contrary to His will. But David took refuge in God, totally trusting in Him.

He knew that God would “bless the godly” and surround them with a “shield of love” (v. 12). Then, he could ask God with confidence to lead him in the right path and tell him clearly what to do and where to go.

Many people spend time praying and asking for guidance but fail to realize the role that we can play. Our hearts and minds can be complicated with sin and pride. Bad habits and corrupt relationships can point us in the wrong direction. Like David, we need to recognize the importance of being faithful, trusting in God, and seeking to please to Him.

The Bible assures us that God is ready to guide you. Allow Him to search your heart to remove any obstacles. Make sure your heart is right before Him. Surrender your life anew to Him. Let Him take away your burdens and lead you in the right path.

“Again the word of the Lord came unto me, saying, Son of man, cause Jerusalem to know her abominations.” Ezekiel 16:1,2

God gives to his people riches, and they offer them before the shrine of their covetousness. He gives them talent, and they prostitute it to the service of their ambition. He gives them judgement, and they pander to their own advancement, and seek not the interest of his kingdom. He gives them influence; that influence they use for their own aggrandisement, and not for his honour. This is like taking his gold, and his jewels, and hanging them upon the neck of the god Ashtaroth. Ah! Let us take care when we think of our sins, that we set them in this light. It is taking God’s mercies to lavish them upon his enemies. Now, if you were to make me a present of some token of your regard, I think it would be the meanest and most ungracious thing in the world I could do to take it over to your enemy, and say, “There, I come to pay my respects.” To pay my respects to your foe with that which had been the token of your favour! There are two kings at enmity with one another—two powers that have been at battle, and one of them has a rebellious subject, who is caught in the very act of treason, and condemned to die. The king very graciously pardons him, and then munificently endows him. “There,” says he, “I give you a thousand crown-pieces;” and that man takes the bounty, and devotes it to increasing the resources of the king’s enemies. Now, that were a treason and baseness too vile to be committed by worldly men. Alas then! That is what you have done. You have bestowed on God’s enemies what God gave to you as a love-token. Oh, men and brethren, let us bow ourselves in dust and ashes before God.

For meditation: Is a readiness to use God’s gifts selfishly the reason why he appears to say “No” to so many of your prayer-requests (James 4:3-4)?

So I say, walk by the Spirit, and you will not gratify the desires of the flesh.
Galatians 5:16
DailyVerses.net

The Lord is compassionate and gracious, slow to anger, abounding in love.
Psalm 103:8
DailyVerses.net