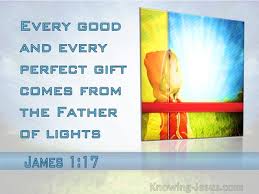 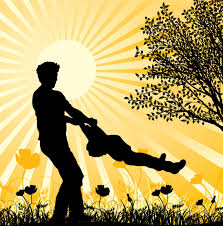 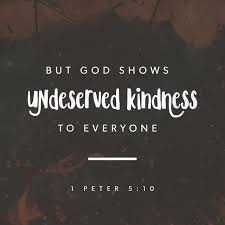 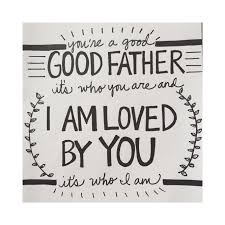 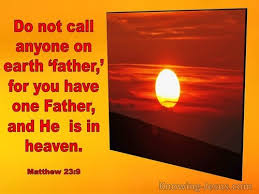 I’ve held many positions with various titles. Some have been professional, some spiritual, and some just for fun. But of all the positions I’ve held, none compares with Father. When you are young, you assume you will become a father one day, because most every man does. It’s the way of nature. And when you marry, you assume it is just around the corner because now you can become fruitful and multiply as the Lord commanded.

Yet, you still haven’t a clue how your life will change, how you will change. For me, it was a long wait. Nineteen years we waited, then one day our prayers were answered and the miracle of life happened for us.

Seeing the precious face of our baby girl was as close to a divine experience as one could have on this earth. We fell totally and completely in love with this little stranger, whom we felt we had always known. We held our dream in our hands for the first time.

Yes, we were crazy about our blessing. We bought her everything we dreamed of, took her every place we dreamed of, and took great care to plan her future. That was to be expected. But the love I felt for my child, was something I never expected. I had experienced nothing with which to compare.

I remember my godly grandmother, when she visited, upon seeing dozens of pictures of my baby daughter on the walls warned, “Now son, be careful not to worship that child, we are only supposed to worship the Lord.”

I explained to her, “Grandmother, my love for her is so great, I can’t help it. God understands.”

I know she meant well, but as far as I was concerned, my love was God given and I didn’t consider it worship, just the highest, most pure love one could have. That love has never wavered or waned. It continues to grow with time. It is unabashed. And as far as I am concerned, it is the closest a man can understand the love that God, our heavenly Father, has for us, His children.

The Bible says, “God has sent the Spirit of his Son into our hearts, prompting us to call out, ‘Abba, Father.’” Galatians 4:6, NLT

Our Heavenly Father has a love for us, His children, that is unmatched. All the heavens and earth were created with us in mind. He wanted a beautiful place for His family of mankind. He provides everything we need and much of what we want. He cares about every aspect of our lives: our health, our family, our life’s work, hobbies, dreams, and even our desires.

Father God not only loves us in church, He loves us wherever we are. He loves what we do and what we become. He watches over us while we sleep and wakes us up every morning to start a new day in His love!

He scrutinizes our every move, and every thought. The Bible says that we are so valuable to God,

His love is so deep that we can never fully comprehend its depth. When our granddaddy Adam fell in the Garden of Eden, Father set about to place a plan in motion to win us back. It took a miracle. It took love. It took a Savior. Our Father’s love for us compelled Him to sacrifice His most precious possession.

“For this is how God loved the world: He gave his one and only Son, so that everyone who believes in him will not perish but have eternal life.” John 3:16, NLT

With our heavenly Father as our role model, we earthly fathers can glean inspiration from Him, even if our experience as sons was with a bad father or no father at all. Though we may fail in one area or another, the love of a good father never fails, as our heavenly Father helps us to share His love.

The title of Father comes to some men through biology, marriage, or adoption. The love of a Father solidifies and confirms the right to that title. It is the highest title a man may hold. It is a title most solemn, conferred and blessed of God. My child is and will always be my cherished blessing, and I will always be her Father.

“I love watching her dance.”

I heard the catch in his voice, standing there at his daughter’s senior dance concert. We both knew these days of high school were coming to a close, and I knew how much our friend would miss them.

John’s pleasure in his daughter was evident. He was enthusiastic about everything connected with her dancing, from the practices to fundraising events to ticket sales at the concerts. He even seemed to enjoy the parts that most parents dislike, but because it was for his daughter, John was all in.

My father-experience was quite different. Dance wasn’t my thing, but singing was. From age 8 until just a few years ago, I was always involved with some kind of chorus, choir or band. And not once did my father hear me sing while he was alive.

To me it was normal to only have a mother in the audience. I guess I assumed men didn’t enjoy those types of “girl” events. But watching John these past few years has given me a different perspective on a father’s interest in his daughter.

Standing there at that concert, I could almost hear God’s voice speaking about His pleasure in watching His daughters. And my heart overflowed in thanksgiving for a good Heavenly Father.

For so many years I defined my understanding of God’s interest in me based on my father’s interest in me. I knew my dad loved me, but it was limited by his background and personal experience. But God’s love is unhindered by any human experience or limitation.

Every day I come to a greater understanding of God as the perfect Father. It makes me feel treasured and softens the pain of what I didn’t have growing up. As I’ve sought to understand what a good Father is like, here are five things I’ve discovered in Scripture we can count on about our Heavenly Father:

1. He cares for and provides for our daily needs. In Matthew 6:25-34, Jesus vividly described to His disciples how God cares for the birds and the flowers and explained we are far more important to our heavenly Father than that. God cares about all our needs.

2. He’s merciful toward us. Mercy is withholding punishment for what we deserve. Although God allows natural consequences when we make wrong choices, our Heavenly Father shows lovingkindness rather than anger when we fall short. (Luke 6:36)

3. God hears our prayers and answers them. In Matthew 18:20, Jesus makes an incredible statement that shows God’s heart. He says when two or more agree upon something in prayer, God hears and answers.

4. He protects us. In Matthew 26:53, Jesus said His Father would send 12 legions of angels to save Him if Jesus asked. Psalm 91 says, “For he will command his angels concerning you to guard you in all your ways” (Psalm 91:11, NIV).

5. God watches and waits for us when we turn from Him. Jesus told a story that modeled the Father’s heart for us. In the parable of the Prodigal Son, the son decides to go his own way and squander his inheritance. When his life fell apart, the son realized his folly and returned home. Jesus described the father’s response, and it wasn’t “I told you so!” Rather God’s Word tells us that “while he was still a long way off, his father saw him and felt compassion, and ran and embraced him and kissed him” (Luke 15:20b, ESV). Then the father threw a party! Imagine!

No matter our situation with our earthly father, we can say with confidence we have a good heavenly Father who loves us with attentive devotion. He’s all in, and we never outgrow His care and provision.

So this Father’s Day, as we honor our earthly fathers, may we take some time to honor our heavenly Father. And I hope you hear Him whisper, “I love to watch you dance.”

“You were always there for me, Dad!” Sierra shoved that card back in the rack. “How can I thank you for all the things you taught me as a child?” Not quite right, either. She grimaced. Where’s a card that won’t make me feel like a hypocrite? Something like “You were always too busy with your career to come to my recitals and school plays so I don’t really have childhood memories of fun times with you and now we feel so distant from each other that conversation is mostly about the weather or the news, but Happy Father’s Day anyway.”

No father is perfect. Eli and David were both godly men placed in leadership roles who devoted themselves to the Lord. Yet they each made serious mistakes in parenting that not only damaged their own families, but had a negative impact on the nation of Israel. Another example is Lot. Even though the Bible describes him as a righteous man (see 2 Peter 2:7-8), Lot failed his daughters in a way that caused much misery and degradation. When men from Sodom surrounded Lot’s house and demanded sex with the two men who were his guests, Lot offered them his virgin daughters instead. Lot placed greater importance on his role as host than on his role as father and protector of the children God had entrusted to him.

It’s hard to imagine how the girls felt about being offered to a half-crazed mob for sexual pleasure, and by their own father at that. We do know from their later actions that they had no respect for themselves or for Lot. After God destroyed Sodom and Gomorrah, Lot and his daughters lived a secluded life in a cave in the mountains. The girls tricked their drunken father into having sex with them. They placed greater importance on continuing the family line than on basic laws of morality. The sons born from this incest grew up to be the ancestors of two of Israel’s bitterest enemies.

Each one of us has probably felt let down in some way by our parents, whether by minor disappointments or by deep, lasting wounds of neglect or abuse. We may have a distant or strained relationship with our father; we may even be completely estranged from them. Maybe a part of us still feels like a needy child, longing for our daddy’s love and approval, which may never come. It’s easy to forget that all earthly fathers are human and prone to mistakes, just as we are. Our parents most likely had their own hurts and emotional issues that we were never aware of.

Regardless of our relationship with our dad, we can rejoice that our heavenly Father is perfect and loves us with “an everlasting love” (Jeremiah 31:3). That love led Him to the cross to pay the penalty for our sins. We can rest assured that He will never let us down; He will never fail to meet our needs and satisfy our deepest longings. And if we ask Him, He is also ready to help us forgive all the hurts that have been done to us. In cases like Sierra’s, he can help us rebuild that father-daughter relationship so that buying a Father’s Day card is a lot easier.

Therefore, if anyone is in Christ, the new creation has come: The old has gone, the new is here!
2 Corinthians 5:17
DailyVerses.net