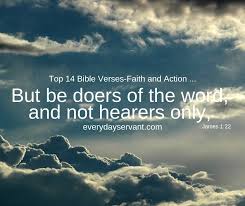 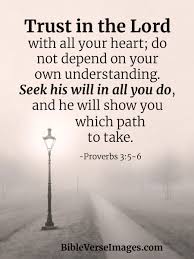 The Heroes of My Faith

I didn’t grow up in church. I didn’t learn the stories of David and Goliath or Joseph and his coat of many colors, or his brothers who plotted to kill him. I didn’t know about Abraham and Isaac, or Daniel and the lion’s den. I didn’t know about Baby Jesus in a manger or Paul meeting Jesus on the Road to Damascus when he was still named Saul. I didn’t know about the Israelites crossing the Red Sea or about Noah and the ark or Jonah in the whale.

But I learned these stories after I was saved and reading my Bible. I also heard them in the context of messages in church and Sunday school classes and other Bible studies. They are not mere stories. They are true accounts of men and women God chose to place in the Holy infallible scriptures for our benefit. We are to learn from them.

I have my favorites. I call them the heroes of my faith. Their stories and struggles, their victories and faith have taught me the most. We all need heroes. here are a few of mine:

When I need courage to face a giant, I remember David.

When I need to forgive when others hurt me, I think of Joseph and the injustices he endured.

But Joseph said to them, “Do not be afraid, for am I in God’s place? As for you, you meant evil against me, but God meant it for good in order to bring about this present result, to preserve many people alive.” Genesis 50:19-20 NASB

When I can’t see the next step of my journey, I remember Abraham.

By faith Abraham, when he was called, obeyed by going out to a place which he was to receive for an inheritance; and he went out, not knowing where he was going. Hebrews 11:8 NASB

When I struggle with contentment and joy, I think of Paul.

Not that I speak in respect of want: for I have learned, in whatsoever state I am, therein to be content. I know how to be abased, and I know also how to abound: in everything and in all things have I learned the secret both to be filled and to be hungry, both to abound and to be in want. I can do all things in him that strengtheneth me. Philippians 4:11-13 ASV

When I don’t understand anything in the face of hardship, I think of Job.

Then Job arose and tore his robe and shaved his head, and he fell to the ground and worshiped.He said, “Naked I came from my mother’s womb, And naked I shall return there. The LORD gave and the LORD has taken away. Blessed be the name of the LORD.” Through all this Job did not sin nor did he blame God. Job 1:20-22 NASB

The greatest Hero of my faith is Jesus Christ, because He is my Savior.

For God so loved the world, that He gave His only begotten Son, that whoever believes in Him shall not perish, but have eternal life. John 3:16 NASB

What Makes a Hero?

What Makes a Hero?

Andrew went to find his brother, Simon, and told him, “We have found the Messiah” (which means “Christ”). Then Andrew brought Simon to meet Jesus. – (John 1:41–42)

A hero is someone who does something selfless, something sacrificial. A hero is someone who puts the needs of another above his or her own. Sometimes heroes are known in their lifetime for their achievements, and sometimes we call them heroes after they’re gone. In that case, we sometimes call them unsung heroes because we didn’t realize how heroic they were until time had passed.

One unsung hero from the New Testament is Andrew, Peter’s brother. Andrew didn’t get a lot of ink in the New Testament, but what we do read about him is significant. Andrew is primarily known as the guy who brought others to Jesus. In fact, when he discovered that Jesus was the long-awaited Messiah of Israel, he went and found his brother and brought him to the Lord.

How easily Andrew could have kept this to himself and said, “I don’t want Peter to get in here. He probably would try to take over the whole operation.” Instead, Andrew brought him to Jesus. In fact, every time we read about Andrew, he is bringing someone to the Lord.

We might say that Andrew is the patron saint of unsung heroes, the kind of people who are willing to do what needs to be done and fly under the radar. They just want God to get the glory. And here is the thing we need to remember: If we had more Andrews, we probably would have more Simon Peters.

‘And the Lord said unto Joshua, See, I have given into thine hand Jericho, and the king thereof, and the mighty men of valor. And ye shall compass the city, all ye men of war, and go round the city once. Thus shalt thou do six days.’ Joshua 6:2–3

‘Go round about her: tell the towers thereof. Mark ye well her bulwarks.’ These men were practical surveyors of Jericho; they could well understand the strength of the battlements, how many feet long the huge stones were at the corners, and how near the stars the loftiest towers were raised. They had the difficulty, I say, always before them, yet they kept on in simple faith, going round the city. Sometimes we get into the habit of shutting our eyes to difficulty; that will not do: faith is not a fool, faith does not shut her eyes to difficulty, and then run head-foremost against a brick wall—never. Faith sees the difficulty, surveys it all, and then she says, ‘By my God will I leap over a wall;’ and over the wall she goes. She never brings out the flaming accounts of ‘Signs of the Times,’ in her favour; she does not sit down, and say that evidently public sentiment is changing; she does not reckon upon any undercurrents that may be at work, which she is told by Mistress Gossip really are doing great things, but she just looks at it, and does not mind how bad the thing is reported to be; if anyone can exaggerate the difficulty, faith is of the same noble mind as that famous warrior, who when told there were so many thousand soldiers against him, replied, ‘There are so many more to be killed.’ So faith reckons: ‘So many more difficulties, so many more things to be overcome;’ and even impossibilities she puts down as only so much burden to be cast upon him, with whom nothing is impossible. She keeps Jericho’s walls before her.

Streams in the Desert – June 24

This is what the Lord says, the Holy One of Israel, the one who formed him, concerning things to come: “How dare you question me about my children! How dare you tell me what to do with the work of my own hands! (Isa 45:11)

Our Lord spoke in this tone when He said, “Father, I will.” Joshua used it when, in the supreme moment of triumph, he lifted up his spear toward the setting sun, and cried, “Sun, stand thou still!”

Elijah used it when he shut the heavens for three years and six months, and again opened them.

Luther used it when, kneeling by the dying Melanchthon, he forbade death to take his prey.

It is a marvelous relationship into which God bids us enter. We are familiar with words like those which follow in this paragraph: “I, even my hands, have stretched out the heavens, and all their host have I commanded.” But that God should invite us to command Him, this is a change in relationship which is altogether startling!

What a difference there is between this attitude and the hesitating, halting, unbelieving prayers to which we are accustomed, and which by their perpetual repetition lose edge and point!

How often during His earthly life did Jesus put men into a position to command Him! When entering Jericho, He stood still, and said to the blind beggars:

“What will ye that I shall do unto you?” It was as though He said, “I am yours to command.”

Can we ever forget how He yielded to the Syrophenician woman the key to His resources and told her to help herself even as she would?

What mortal mind can realize the full significance of the position to which our God lovingly raises His little children? He seems to say, “All my resources are at your command.” “Whatsoever ye shall ask in my name, that will I do.”
—F. B. Meyer

Say to this mountain, “Go,
Be cast into the sea”;
And doubt not in thine heart
That it shall be to thee.
It shall be done, doubt not His Word,
Challenge thy mountain in the Lord!

Claim thy redemption right,
Purchased by precious blood;
The Trinity unite
To make it true and good.
It shall be done, obey the Word
Challenge thy mountain in the Lord!

Self, sickness, sorrow, sin,
The Lord did meet that day
On His beloved One,
And thou art “loosed away.”
It has been done, rest on His Word,
Challenge thy mountain in the Lord!

But those who hope in the Lord will renew their strength. They will soar on wings like eagles; they will run and not grow weary, they will walk and not be faint.
Isaiah 40:31
DailyVerses.net