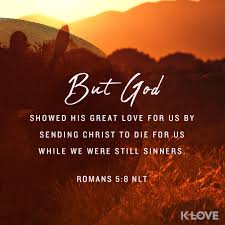 In the Hebrew language, the words sanctify, set apart, and holy are derived from the word qadash. We find this root word used in the name that we will study in this Devotion for our heavenly Father, Jehovah-mekoddishkem.

In Exodus 31:12-13, 16-17, God instructs the children of Israel concerning the Sabbath day and the significance of sanctifying or setting apart a day of rest and worship.

Then the Lord said to Moses, “Say to the Israelites, ‘You must observe my Sabbaths. This will be a sign between me and you for the generations to come, so you may know that I am the Lord, who makes you holy. The Israelites are to observe the Sabbath, celebrating it for the generations to come as a lasting covenant. It will be a sign between me and the Israelites forever, for in six days the Lord made the heavens and the earth, and on the seventh day he abstained from work and rested.'” (NIV)

In this passage we discover the Lord sanctifying or setting apart, not only a day, but the Israelites themselves as His very own people by instructing them to observe the Sabbath. Notice in verse 17 that the covenant was between the Lord and the Israelites forever. God was telling them that they were His people, a set-apart people, a holy people. They were to look different and act differently from all the other peoples of the land.

Repeatedly in the New Testament we are told that the blood of Jesus sanctifies us and sets us apart. Because of Jesus’ blood that was shed on the cross for you and me, we are to look and act different, even peculiar, from the those who do not call themselves Christians.

How should we, with the help of Jehovah-mekoddishkem, look differently than those who are not Christians? Consider a few suggestions for a set-apart life:

God is not interested in you and me looking like everyone else in the world. He expects us to look, sound, and act differently than those who are not Christians. He expects us to be a sanctified or ‘set apart’ people.

So, I ask you … in what way do you look different or peculiar because of Jesus living within you? When the unbelieving world cruises around your life, do they consider you to be odd or peculiar because you are allowing Jehovah-mekoddishkem to sanctify you through and through or do they wonder what the big deal is about being a Christian because you look no different than anyone else?

God desires to sanctify us, to set us apart, but He requires our cooperation. We must make the choice to live a sanctified life. Are you making that choice?

I Know My Redeemer Lives

Centuries before the birth of Christ, Job, the suffering patriarch of Uz, exclaimed, “I know that my redeemer lives…” (19:25).

Job could not possibly have appreciated the magnitude of his statement, nor how his confident hope would be fulfilled. He was suffering terribly — both physically and emotionally. But he sincerely believed that his pain and anguish were out of proportion to any evil he unintentionally might have done. Though he spoke of God irreverently at times (like a pet that bites when its master is attempting to treat a wound), underneath it all he maintained a confidence that eventually “justice” would issue from his righteous Maker (cf. 13:15 KJV; ESV).

There is a wonderful song with the lyrics, “I know that my Redeemer lives….” We should sing it with zest. Another song, however, asks this question, with answer supplied: “You ask me how I know he lives? He lives within my heart.”

I am not so sure this phraseology, as commonly interpreted, is prudent. If a person has these thoughts in his mind, “He lives in my heart [mind] because of the credible, historical facts I have learned,” that is one thing. But to use the term “heart,” as such frequently is employed by the religious community at large, is quite another thing.

For example, a sincere Roman Catholic may claim, “I know that Mary hears my prayers, and conveys them to her Son. How do I know? I know it in my heart.”

How many times have we heard the statement: “I know I am saved; my heart tells me so, and I trust it. I would not feel this way if I were not truly saved.” But such statements are in conflict with the truth as revealed in numerous biblical passages (cf. Proverbs 14:12; Acts 23:1; 26:9; 1 Timothy 1:13b).

We do not “know” that Christ lives, just because this idea makes us feel good. Here is how we really know, and know that we know.

The second issue is this: how does one know that the biblical record, asserting these prophecies and affirmations of fulfillment, is true? That is an excellent question, but the answer is not, “because I feel it.” Rather, the solution is in evidence.

Is there a sufficient body of evidence that demonstrates the Bible documents could not be of human origin, and therefore, by default, must be divine? Indeed there is. (1) There is the astounding unity of the volume — 66 books, written over sixteen centuries, yet speaking as one voice. (2) There is the matter of prophecy — history written in advance. Thousands of prophetic details that no human could possibly have predicted are fulfilled with precision. (3) The flawless accuracy of the Bible, in history, science, geography, etc., absolutely defies any “natural” explanation. (4) The lofty ethical tone of the scriptures testifies to the fact that mere man would not have written this volume if he could have. (5) The things the Bible does not contain, which it surely would have — if left to the imaginative minds of men — are conspicuously absent, e.g., a flamboyant, absurd explanation for God’s “origin” (common in pagan literature), his appearance, etc.

These areas of evidence, and many others, buttress our faith. True faith is not a blind leap into the dark. It is grounded in solid history. Upon this basis we “know.”

“As for me, I know that my Redeemer lives, and at the last He will take His stand on the earth.” Job 19:25 NASB

Samuel Butler came from a family dedicated to ministry. His father was a pastor, and his grandfather had been a bishop. It was hoped that Samuel would follow in their footsteps into the ministry. But Butler, born in central England on this day in 1835, found it difficult simply to believe the Gospel.

Determined to be an independent thinker, he left the church and immigrated to New Zealand. While there, Butler read Charles Darwin’s Origin of the Species. As a result, he became an “enthusiastic admirer” of Darwin’s evolutionary theories. He even renounced Christianity.

Yet, he could not escape what he had been taught as a child, and eventually rejected Darwinism. Returning to England, he anonymously wrote a book to provide “Evidence for the Resurrection of Jesus Christ.” While believing in the resurrection, he still wanted to be independent. He gained fame in 1872 with his book Erewhon (a rearrangement of the letters in “nowhere”), which attacked both Darwinism and Christianity.

He once said, “I have never written on any subject unless I believed that the authorities on it were hopelessly wrong.” In one of his notebooks, Butler wrote, “What is faith but a kind of betting or speculation after all? It should be: ‘I bet my Redeemer liveth.’” He never seemed to have the kind of childlike confidence that Job had, when, in spite of all his problems, he proclaimed, “I know that my Redeemer lives.”

Today, many people are like Butler: independent, skeptical, and filled with doubt. They never experience the simple joy of a childlike faith in God.

Don’t allow doubt or worldly sophistication to rob you of joy and peace. Jesus came to free you from your sins, so you can experience an abundant life (John 10:10). Declare with confidence that your Redeemer lives!

I enjoy listening to modern Christian music. But, every once in awhile, I like to hear some of the older hymns. The words of those old classics take me back to childhood memories where I attended church with my parents. I remember my dad belting out the tunes in his thick, Irish accent.

The song “He Lives” by Alfred H. Ackley remains one of my favorites. The writer speaks to my heart with the words, “He walks with me and talks with me. Along life’s narrow way.” Because our Savior lives, we can establish a genuine relationship with Him. Through our relationship with Christ, He will guide and direct our steps daily.

Job had the right idea when he spoke the words recorded in Job 19:25: “I know my redeemer lives” (ESV). Like Job, I know my Redeemer lives, and someday He will stand on the earth once again. Such a great thought which can help us get through difficult times.