“So do not fear, for I am with you; do not be dismayed, for I am your God. … “For I am the Lord our God who takes hold of your right hand and says to you, Do not fear; I will help you.” Proverbs 3:5 ESV. “Trust in the Lord with all your heart, and do not lean on your own understanding.” 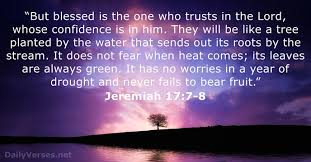 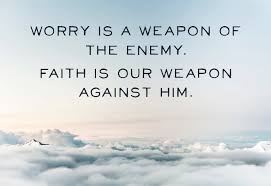 Deal with Your Fears and Unbelief

Israel had fallen into idolatry but their root sin was still unbelief and fear. In His mercy, God sent them a prophet to expose their root sin.

The prophet basically told them, “Look at you—a bunch of wimps, hiding out, afraid to stand up and fight. You’ve already given up. But you have a history of God’s deliverance! He gave your fathers great victories, and He has promised to deliver you too—yet you don’t believe Him!” (see Judges 6:8-10).

Many Christians are terrified the devil is going to destroy them. They are afraid they will make a mistake or go back to their sin. But that is a lie from the pit of hell! The Bible says you do not have to be terrified as you walk through this life.

When you hold on to fear, it becomes contagious. When Gideon gathered his army, God told him to send home every fearful soldier: “Whoever is fearful and afraid, let him turn and depart … and twenty-two thousand of the people returned.” (see Judges 7:3).

God is speaking the same word to His Church today, asking, “Why do you fear? Why do you sin by not trusting Me to bring victory into your life? I have promised to defeat every demonic power that comes against you.”

Gideon’s father, Joash, had erected statues of Baal and the goddess Asherah from huge stones for the people to worship. This became a powerful, demonic stronghold in Israel. God told Gideon, “I am not going to deliver Israel until you get rid of these idols. Lay them aside, Gideon. Cut them down.”

God is giving His Church today the same message: “You are full of fear. And before I bring deliverance, you must pull down this stronghold, this besetting sin!”

“Lay aside every weight, and the sin which so easily ensnares us” (Hebrews 12:1). Victory comes by praying in faith, expecting God to answer.

You Are God’s Treasure

The Word says, “And an adulteress will prey upon his precious life” (Proverbs 6:26). The adulteress spoken of in this verse is Satan—and he hunts down those who are precious to God.

The Bible gives us a vivid illustration of this in Numbers 13 and 14. Israel had sent twelve spies to search out the Promised Land. When the spies returned after forty days, ten of them planted three lies in the hearts of God’s people:

1. “There are too many people in the land. They are too strong for us.”
2. “The cities are walled too high. The strongholds are impregnable.”
3. “There are giants in the land, and we are no match for them. We’re helpless, finished!”

These lies took the heart right out of Israel. Scripture says the people endured a night of despair. “So all the congregation lifted up their voices and cried, and the people wept that night” (Numbers 14:1). More than 2 million people were weeping, wailing, moaning—focused completely on their weaknesses and inabilities.

Beloved, the devil still lies to God’s people today. He whispers, “Your trials and temptations are too overwhelming. You are too weak to resist the power coming against you.”

The word that God spoke to Israel is for us today: “You shall be a special treasure to Me above all people: for all the earth is Mine” (Exodus 19:5). “For you are a holy people to the LORD your God, and the LORD has chosen you to be a people for Himself, a special treasure” (Deuteronomy 14:2).

Joshua and Caleb had a revelation of their preciousness in God’s eyes. They said, “Because He delights in us, the land is as good as ours” (see Numbers 14:8).

David had the same revelation: “He delivered me because He delighted in me” (Psalm 18:19). Likewise, every victorious Christian today has this same revelation: “We cannot fail—because we are precious to the Lord!”

There’s a big fear that many of us wrestle with if we’re truly honest. It’s not an outside fear like being afraid of spiders or heights. It’s not a nagging fear like worry. This is a fear that flows out from our insides. Our core identity gets taken over by it. In fact, this fear is so terrifying to us that we just keep it hidden. So, what is it?

The fear of rejection. The fear that says, “I’m afraid I won’t be enough.” It’s the sinking feeling that you are an imposter and you don’t belong. It’s the mind numbing worry that if people really knew what you think or how you are, you would be rejected by them.

This fear keeps us from living life to the fullest because we’re afraid to truly live at all. We shrink back and hold back instead of growing and letting go. We believe that the gifts we have – our art, dreams, strengths – are not important and not valuable. We are constantly making the exhausting choice to be a false impression in order to be accepted by others rather than becoming our authentic selves.

When we struggle with self-doubt and let insecurity call the shots, we’re robbing the world of something beautiful. We’re stealing away who God created us to be. We’re holding back the real person the world needs us to be.  So, how can we fight this fear and get back on track?

We have to silence self-doubt and set ourselves free to be authentic.   We have to come to terms with the fact that we’re more awesome than we think we are.

You see, we’re all terrible at assessing our own abilities. Researchers found that the more competent and gifted people are at a task, the more likely they are to underestimate their ability. The only ones who were 100% sure they were the best were the most incompetent people. What’s the bottom line? We’re excellent self-doubters and terrible at noticing the truth about the incredible people we are.  We’ve got to ignore the “I’m not good enough” and start listening for God’s voice saying “I gave you these gifts and abilities on purpose.”

When fear starts to whisper lies, here are three simple strategies to tune out the doubts and give a voice to the real you:

Pay close attention to the way that you talk about yourself. Phrases like, “I could never,” “I’ll probably mess it up,” or the ever present “I’m sorry,” need to be erased from the mixtape repeating over in your mind. In fact, you should just tape it over with messages like “I belong here,” “my words matter,” “I have something to offer to the world.” Make this rule for yourself: If you wouldn’t say it to someone you love, don’t say it to yourself.

2. Find A Small Way to Break A Habit Of Safety

You cannot grow what you will not risk. So, that might mean you speak up when you would normally be silent. If your voice shakes, don’t stop, because in that moment you’re breaking the fear of self rejection. Share your true feelings when you’d rather hide. Be brave in who you are. Don’t let worry, insecurity and self doubt cut you off from who you really are because you were put on earth on purpose for a purpose.

Literally. Change the way you hold yourself. Author Amy Cuddy has done some amazing research that reveals how just opening up your arms and torso to take up more space for as little as two minutes can actually make you more positive. It releases testosterone and cortisol to make you feel assertive and able to handle stress. The opposite is also true. When you collapse your body language and close in on yourself, you become more passive and less confident.

When the fear of rejection raises it’s ugly head, remember God’s promise, “I’ll be with you.” He will not leave you. He is with you always.

So, be brave with who you are, knowing the God of the universe created you and has got your back.  Stop robbing the world of your voice. Don’t take away your gift. Quit holding back the love you have to give. You can conquer the biggest fear of rejection by allowing faith to drive your future.

Have you ever doubted God? At some point in life, every one of us could probably answer yes. Doubts come when our expectations are not met—for example, when we believe that God will act a certain way, but He doesn’t. Then we start to question His love and wonder whether He truly has our best interest at heart.

The most famous doubter in the Bible is Thomas. He wasn’t with the other disciples when the resurrected Jesus appeared to them. Later, when they told Thomas that they had seen the Lord, he refused to believe. He’d left everything to follow Jesus, but the crucifixion had dashed his expectations of a glorious messianic kingdom. In his doubting state, Thomas demanded proof before he would believe.

Have you ever considered how bold Thomas’s ultimatum was? No human being has the right to demand anything of the Son of God. Yet the following week, the Lord appeared to the doubting disciple and graciously offered the proof Thomas wanted. Jesus knew this wasn’t a case of rebellious unbelief, because Thomas belonged to Him (John 18:9).

When we are the Lord’s, we never have to fear that He will cut us off. Remember Scripture’s words of assurance: “If we are faithless, He remains faithful, for He cannot deny Himself” (2 Timothy 2:13). Our doubts should be a reminder that we have much more to learn about God. So let’s think of them as a challenge to dig deeply into His Word to discover why our expectations have led us astray. The more we grow in our knowledge of our Lord, the more we’ll trust Him.

But even if you should suffer for what is right, you are blessed. “Do not fear their threats; do not be frightened.”
1 Peter 3:14
DailyVerses.net