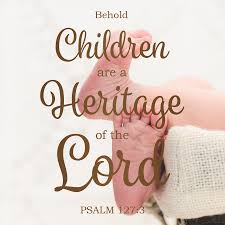 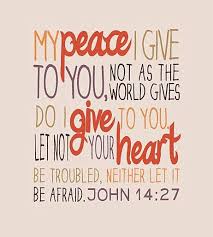 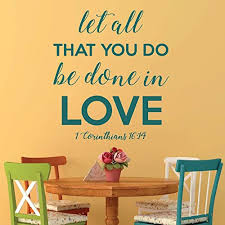 My cellphone suddenly crashed and died, and my immediate thought was, What if I have car trouble while I am out?

I reminded myself my trust is in God, not in my phone. God has been rescuing people out of jams long before cellphones came along. I also reminded myself of a favorite verse that has been an encouragement to me in many of life’s uncertain situations:

You will keep him in perfect peace, Whose mind is stayed on You, Because he trusts in You. (Isaiah 26:3 NKJV)

God’s peace washed over me and I tucked my dead cellphone away in my purse. Then I continued with my list of morning errands.

It’s hard to imagine life without phones, but you don’t have to go back that many generations to a time when there was not a telephone in every home. And now, nearly every member of a family has their own cellphone. Times have changed, and this modern convenience has become front and center as we now have the worldwide web at our fingertips everywhere we go.

This generation is growing up with this technology, but my generation did not. When I think back to life before cellphones, I am reminded of a time when I was much younger, when I would have loved to have had a cellphone!

It was the winter of 1981 and I was in my early 20s. On the way to work, my car skidded on a patch of ice and slid into a snowy ditch in Lexington, KY. I stepped out of my car into a bank of snow at least a foot deep, and I did not have boots on. I still remember that very cold experience. I felt helpless and alone after I climbed out of my car, stood in that cold and deep snow, and realized I was not going to be able to just back my car out of that ditch. I needed help.

God graciously took care of me in that moment of need. I didn’t stand there long before a pickup truck pulled up. Two middle-aged men who were carpooling together and said they worked at IBM, offered to give me a ride to work. It just so happened that I worked right across the street from IBM and had peace about accepting this short ride from them. Once I was at work, some nice people I worked with went out, got my car, and towed it to a tire place. As it turned out, my tires were practically bald. I was a single girl, living alone, who knew nothing about tire maintenance and now had a brand new set of tires to keep me from skidding off icy roads for the rest of the winter. I was rescued and my car trouble was remedied, all without the aid of a cellphone. God doesn’t need one to do what He does!

This life event taught me to always remember to trust in God to take care of me. My life is in His hands and this is where my security lies. He can take care of me whether my cellphone is working or not!

How precious is Your lovingkindness, O God! Therefore the children of men put their trust under the shadow of Your wings. (Psalm 36:7 NKJV)

1 John 2:15-17John warns us not to love the world or the things in it. But what is the world? The apostle isn’t talking about the material realm, so there’s no need to deprive ourselves of everything we enjoy in life. Rather, he is reminding us that every good desire can be perverted by sinful longings and pride.

The nature of the world system is seen in the behaviors, attitudes, and ambitions of our culture:

Immorality. Our society seeks to gratify lust in ways that God has forbidden. Immorality has even entered our homes through the internet and television.

Greed. The culture is driven by a desire for wealth, material possessions, fame, and power—and some people lie, cheat, steal, or kill to get what they want.

Pride. People are lovers of self and want to be seen as better than others. It’s common today to portray oneself falsely on social media in order to be admired.

Despite the sinful condition of our culture, we shouldn’t be discouraged. God is greater than the world’s power to entice, and His purposes aren’t thwarted by sin. He is able to guide us through the darkness as we trust and follow Him.

You Are Loved and Not Forgotten

Years ago, my mom was traveling next to a woman who was wrestling with a pie. The lady was trying to take out her work things and get settled while not upending the pie she held in her lap.

My mom offered to hold the pie, and soon a friendship was born. Turns out, the pie was a gift from the woman’s mother. My mom and her new friend, Karen, chatted for much of their flight and exchanged phone numbers. From that day on, Karen often joined us for family meals and celebrations. I even interned for a year at Karen’s workplace as a public relations assistant.

I don’t think my mom meeting Karen on that airplane was an accident, coincidence or good luck. These words imply randomness and chance. Our Heavenly Father is a God of divine order and planning. God never rolls the dice or crosses His fingers, hoping for the best. He spoke the world into existence!

I believe God arranged for the airplane meetup with that pie as the connector. Today’s key verse, Psalm 37:23, says, “The steps of a good man are ordered by the LORD, And He delights in his way.”

What delightful thing might God be arranging for you today?

Maybe you’ll meet someone new this week who really needs a friend like you. Maybe you’re wondering where your rent payment will come from, and an unexpected check arrives in the mail. Maybe you’ll write a kind letter to your best friend, lifting her spirit and yours.

Right after the key verse, the psalmist David writes, “Though he fall, he shall not be utterly cast down; For the LORD upholds His hand. I have been young, and now am old; Yet I have not seen the righteous forsaken, Nor his descendants begging bread” (Psalm 37:24-25, NKJV).

Falls in life are inevitable but not irreversible. God has a grand plan not just for individuals, but for generations.

My parents celebrated their 50th anniversary earlier this year. We were supposed to take a family vacation to celebrate this milestone. But like many of us, our plans were changed by COVID-19. We stayed home and didn’t see each other. But you know what? Our steps are still divinely ordered. We know all things work together for the good of those who love God and who are called according to His purpose. (Romans 8:28) Who knows? Maybe God has something even better planned.

Our lives are not haphazard. We are not victims of chance, chaos, tough luck or bad timing. We can live in peace even in troubled times because our days are ordered by an Almighty God who loves us. The more you get to know God, the sweeter and sweeter your relationship with Him will become. His plans for you are good. You are loved and not forgotten. He knows exactly where you are and will continue to be the architect of your divinely ordered life.

From: Streams In The Desert

Then believed they his words; they sang his praise. They soon forgot his works; they waited not for his counsel; but lusted exceedingly in the wilderness, and tempted God in the desert. And he gave them their request; but sent leanness into their soul (Psalms 106:12-15).

We read of Moses, that “he endured, as seeing him who is invisible.” Exactly the opposite was true of the children of Israel in this record. They endured only when the circumstances were favorable; they were largely governed by the things that appealed to their senses, in place of resting in the invisible and eternal God.

In the present day there are those who live intermittent Christian lives because they have become occupied with the outward, and center in circumstances, in place of centering in God. God wants us more and more to see Him in everything, and to call nothing small if it bears us His message.

Here we read of the children of Israel, “Then they believed his words.” They did not believe till after they saw–when they saw Him work, then they believed. They really doubted God when they came to the Red Sea; but when God opened the way and led them across and they saw Pharaoh and his host drowned–“then they believed.” They led an up and down life because of this kind of faith; it was a faith that depended upon circumstances. This is not the kind of faith God wants us to have.

The world says “seeing is believing,” but God wants us to believe in order to see. The Psalmist said, “I had fainted, unless I had believed to see the goodness of the Lord in the land of the living.”

Faith is to believe what we do not see, and the reward of this faith is to see what we believe.
–St. Augustine