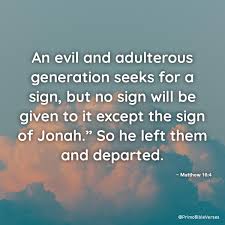 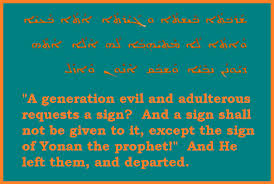 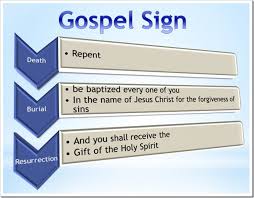 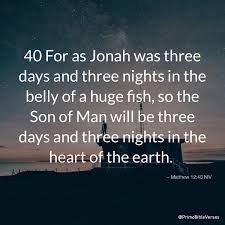 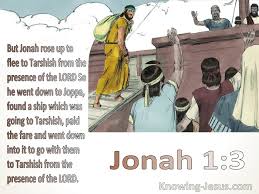 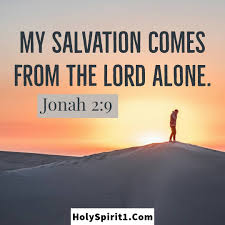 As the crowd pressed in on Jesus, he said, “These are evil times, and this evil generation keeps asking me to show them a miraculous sign. But the only sign I will give them is the sign of the prophet Jonah.” – Luke 11:29

People who struggle with faith sometimes say that, if they could have actually seen Jesus at work and heard him with their own ears, they would not have any problems believing. As understandable as this may be, it is probably not true. Some of the people who saw Jesus at work and who heard him speak still struggled with believing! They argued with him over what he had said, they were dissatisfied with the miracles he performed, and they kept asking him for more miraculous signs.

Jesus’ response to their lack of belief is enlightening. He saw their attitude not so much as a struggle to believe, but as a symptom of “evil times” and an “evil generation” (Luke 11:29). He was convinced that his contemporaries had been given more than enough evidence that he was who he claimed to be. Their unbelief was not an unfortunate or unavoidable lack of faith—it was an outright act of wickedness. They chose not to believe and demanded further signs.

One day, Jesus said that there would be no more signs except one—“the sign of the prophet Jonah” (11:29). Jesus’ listeners were familiar with the story of the prophet. When God commissioned Jonah to head in an easterly direction to preach to the city of Nineveh, Jonah intentionally headed west to Tarshish. But not for long! God hurled a storm at the ship, and Jonah was hurled overboard by the reluctant crew when they discovered he was responsible for their plight and when rowing and praying hadn’t worked for them. Then a large fish swallowed him and regurgitated him three days later. When God again told Jonah to go to Nineveh, there were no arguments! Jonah arrived in Nineveh and preached as he had been told. He made quite a stir—revival swept the city.

Perhaps some of Jesus’ listeners understood what Jesus meant by the “sign of the prophet Jonah,” but many of them certainly did not. So to give them another hint, Jesus added, “Someone greater than Jonah is here” (11:32). He was referring to himself. And the sign that he would bring—the sign to end all signs—would be like what happened to Jonah. Jesus would go down into death (rather than into the sea), would be buried for three days (in a tomb rather than in a fish), and on the third day would rise from the dead (by his own power rather than by being spit out). Thereafter he would show himself openly and preach the Good News of the kingdom. That was the final sign, which in Jesus’ opinion is more than adequate as a basis of faith for all men at all times.

The issue for men today becomes, “How do I respond to Jesus’ resurrection from the dead?” Christianity stands or falls on this tenet of the faith. If Christ is risen, he is all he said he was—the Messiah, the Son of God, the eternal king. If he isn’t risen, he’s dead—and irrelevant. Either way, we don’t need more signs. We need to choose to believe what the evidence clearly shows. To refuse to believe is simply wickedness.

“He answered them, ‘An evil and adulterous generation seeks for a sign, but no sign will be given to it except the sign of the prophet Jonah’” (v. 39).

A Christian and his friend, who did not know Christ, were discussing Jesus and His claim to be the only way to the Father (John 14:6). The believer humbly shared the Gospel with his friend to no avail. “If only I could see Jesus do a miracle,” the non-Christian said, “then I would believe Him.”

Such conversations have occured repeatedly throughout history, beginning with Jesus and the scribes and the Pharisees. In today’s passage, these scholars, no doubt enraged at His harsh words about them (Matt. 12:1–37), ask Jesus for “a sign” (v. 38)—a miracle that unambiguously demonstrates the messianic anointing of Jesus. Apparently, what He has done so far is not enough to convince these men. In their minds the Redeemer’s works of deliverance could be attributed to Satan (v. 24). Even if this is not true, they do not think the exorcism of demons is so special since their disciples can also deliver people (v. 27).

The request is not necessarily wrong in itself; God gave Abraham a sign to confirm his faith (Gen. 15). But Jesus knows nothing can convince the scribes and Pharisees. They only seek more ammunition to use against Him. Besides, Jesus will not “bark on command,” nor will He satisfy their whims (Matt. 12:39). Matthew Henry comments, “Christ is always ready to hear and answer holy desires and prayers, yet he will not gratify corrupt lusts and humors.”

Jesus does, however, promise the “sign of the prophet Jonah” (v. 39). Many first-century Jews believed the Ninevites repented when Jonah preached because they knew God spoke through him, and they knew this because they knew God saved him from drowning (Jonah 1:17–3:10). Similarly, Jesus’ resurrection, which is like Jonah’s rescue (Matt. 12:40), also signifies God’s vindication of Him and affirms the truth of His words (Rom. 1:1–4). Yet even this miracle will not be enough to make Jesus’ hard-hearted contemporaries believe (Luke 16:31).

On judgment day, the generation that rejects God’s Son will be condemned by the Ninevites and the “Queen of the South” (1 Kings 10:1–13; Matt. 12:41–42). Ironically, these pagans turned to the true God, but most Israelites, who will see the greater sign of their Lord’s resurrection, will not believe.

“A decree went out from Caesar Augustus, that a census be taken of all the inhabited earth.” – Luke 2:1 NASB

After Octavian became Rome’s undisputed leader in 27 BC, the Roman Senate pondered the question of how to honor such a man. They decided to change the calendar, so his name would ring throughout history. Octavian had taken the title Caesar Augustus, o they renamed the eighth month August.

Even now every time we say August, we recognize the man who ruled Rome when Jesus was born. Every time we read the account of His birth, we are reminded that He was born in Bethlehem as a result of a decree from Caesar Augustus.

Many people focus on achieving this kind of recognition and fame and seek to have monuments built to celebrate their accomplishments.

People may seek these earthly rewards, but God has a different perspective. Jesus told a parable in Luke 14 about guests who were invited to a banquet. Some immediately sought to sit in “the places of honor” (v. 7), feeling they deserved special recognition. But Jesus taught that the right response was to “recline at the last place” (v. 10).

Jesus taught us to “seek the honor that comes from the only God” (John 5:44). Be sure you focus on serving Him. Humble yourself before Him. Seek first His Kingdom. Give Him all the glory and honor

Therefore, since we have these promises, dear friends, let us purify ourselves from everything that contaminates body and spirit, perfecting holiness out of reverence for God.
2 Corinthians 7:1
DailyVerses.net

It was not by their sword that they won the land, nor did their arm bring them victory; it was your right hand, your arm, and the light of your face, for you loved them.
Psalm 44:3
DailyVerses.net