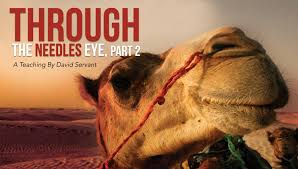 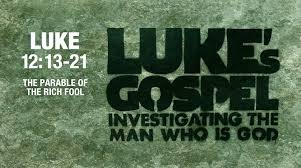 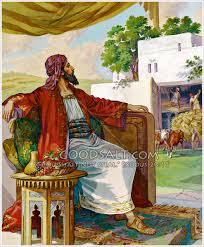 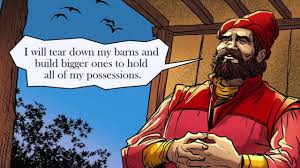 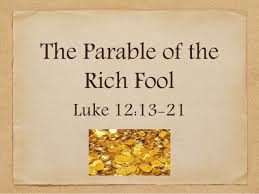 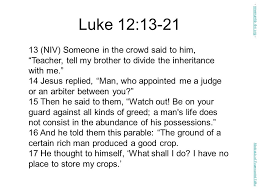 I moved my mother to a new, downsized apartment. Like most of us, her money is tight. At times the process involved careful sorting and packing; other times demanded chucking things in boxes or in the trash. At the end of the move, the walls were bare and wounded with nail holes and plastic drywall anchors; the carpet lay lined and pocked with impressions of once-arranged furniture; and the windows stood stark and vacant against the sunlight. The furniture and decorations that once made it home were gone, leaving only an empty shell.

Throughout our lives we may go through some phases with great care and others with wild abandon. And at each phase of life, we will leave the previous one behind—like a place that was once home but is now gone, like an empty apartment.

At death we may leave behind money and furniture, but the life we lived—the space we took up on this earth, the “us” that people knew—will be gone, empty as a moved-out-house.

No matter how sentimental, or wounded, we may be about the past, we must leave it as we enter a new phase of life. A wise person will cling to nothing, and live according to what’s ahead. In a way we all know this, and my talking about it is clicheish. But humans have an innate tendency to cling. We fill our closets and garages with stuff we’ll never use again. We hold on to nostalgic versions of memories and edit out the unhappy parts. We want life to keep going the way we like it.

But we can’t do that forever.

Jesus tells a parable of a guy who was a lot more similar to many of us than we’d like to admit. The story goes like this:

“The ground of a certain rich man produced a good crop. He thought to himself, ‘What shall I do? I have no place to store my crops.’ “Then he said, ‘This is what I’ll do. I will tear down my barns and build bigger ones, and there I will store all my grain and my goods. And I’ll say to myself, “You have plenty of good things laid up for many years. Take life easy; eat, drink and be merry.”’ “But God said to him, ‘You fool! This very night your life will be demanded from you. Then who will get what you have prepared for yourself?’ “This is how it will be with anyone who stores up things for himself but is not rich toward God” (Luke 12:16-21 NIV).

If we cling to our stuff, we’ll only get into trouble—both in this life and the afterlife.

Not clinging takes unending attention. None of these come easily: not clinging to old toys and the piles of stuff that too often defined who we were; not clinging to comfort zones, hurt emotions, and the way things used to be.

Like a rented apartment, our lives may seem like our own, but ultimately they are not. We live and breathe in the hands of God, who created us. When our life’s lease is up, all we leave behind will be emptied of us.

The Apostle Paul similarly calls believers to let go of our stuff. The more we let go of here, the more we can expect to receive in the place God has prepared. Here is the amazing promise:

“No eye has seen, no ear has heard, no mind has conceived what God has prepared for those who love him” (1 Corinthians 2:9 NIV).

Paying Attention to How We Live

One day we’ll give an account of ourselves to the Lord (Romans 14:12). We must, then, pay attention to how we live.

The rich man in Luke 16:19-31 made the tragic choice of living for himself without regard for the Lord. He also made two other mistakes.

First, he invested everything for himself and nothing for the life to come. When we are blinded by our own desires and personal satisfaction, it is easy to become lukewarm about spiritual matters. We forget that this life is not all there is. Scripture tells us to store up treasures in heaven, not on earth. Where our treasure is reflects where our heart is (Matthew 6:19-21).

The rich man’s other mistake was to prepare everything for himself and nothing for others. Crumbs falling from his table (v. 21) were the only form of assistance he gave a poor man named Lazarus. The one who had much wealth did not share it with the one who had little. Jesus explained what our priorities should be to love the Lord wholeheartedly and to love our neighbor as ourselves (Luke 10:27).

We see the rich man’s mistakes repeated in another parable. This time a wealthy man builds bigger barns to store crops so he will have plenty for the future. God calls him a fool for such shortsightedness (Luke 12:20).

The Bible repeatedly warns us to pay attention to spiritual matters—the Lord is to have first place in our lives and be the center of our affections. He urges us to store up heavenly treasure by caring for the lost and hurting people around us. On whom is your attention focused?

A fool! That’s what God calls the person in today’s parable.

That may seem a strange way to describe someone who would have been the envy of many people in the community. The man had worked hard, putting in long hours, and it had paid off. He was set to enjoy the fruit of his labors. He was going to “take life easy” and “eat, drink and be merry.”

When you work hard all your life and you have built a suc-cessful business or career, along with some good investments, haven’t you earned the right to take life easy and enjoy your retirement? That’s how the rich man reasoned with himself.

The Bible makes clear that God does not begrudge his people the rewards of a life well lived. He does not call the man a fool because he was rich. God was the one who allowed him to be successful. God called the man a fool because he had stored up things only for himself. Instead of recognizing God’s blessing and working to build God’s kingdom, he had been building his own.

Many people are like the rich fool, willing to sacrifice almost anything to get ahead, trusting in money and status for their security and leaving God out of the picture. Take a few mo-ments today and ask yourself, “Would God call me a fool?”

The Parable of the Rich Fool

“But God said to him, ‘Fool! This night your soul is required of you, and the things you have prepared, whose will they be?’ So is the one who lays up treasure for himself and is not rich toward God” (vv. 20–21).

According to Jewish custom, rabbis could settle legal disputes when it came to the division of property between heirs, and that explains why the man described in today’s passage came to Jesus to get a share of his brother’s inheritance (Luke 12:13). But what is immediately striking about this passage is that Jesus did not take the opportunity to exercise His right to judge between the two brothers. Instead, the encounter provided Him with an opportunity to speak a parable warning about covetousness.

One of the most remarkable things about the Ten Commandments is that God includes in it a law against a covetous disposition (Ex. 20:17). If we were to come up with a law code, we would not likely put such a rule in place; rather, we would focus on external sins such as murder or theft. But our Creator’s adding a law against covetousness represents a profound understanding of human nature. Untold destruction of families and nations has been wrought as a result of an individual’s unlawful desire to possess that which rightfully belongs to another. Wars between nations typically begin because one side wants something that belongs to the other. In fact, covetousness is actually one of the primal sins of humanity. Adam and Eve coveted the knowledge of good and evil—they wanted for themselves what was proper only to the Creator—and so they grasped for it, plunging the universe headlong into ruin (Gen. 3).

Covetousness manifests itself in a lack of gratitude and generosity. There is nothing inherently wrong with being wealthy or seeking to increase one’s prosperity. The danger arises when we make riches our chief end, when we are never satisfied with what we have but think that acquiring more stuff will make us happy. That is what we see in the parable of the rich fool. The rich man did not stop to thank the Lord for his prosperity. He was dissatisfied with what he had and wanted bigger and better barns so that he could hold even more. He strove to acquire more and more because he prized self-sufficiency instead of a life of dependence upon God. He did not seek to help the poor, and thus failed to show trust that the Lord would continue to provide for him (Luke 12:13–19).

What was the end of this man? God judged him for his idolatrous treatment of his wealth (vv. 20–21). People who are impenitently covetous will be likewise condemned for their lack of thankfulness and generosity.