The Peas of God 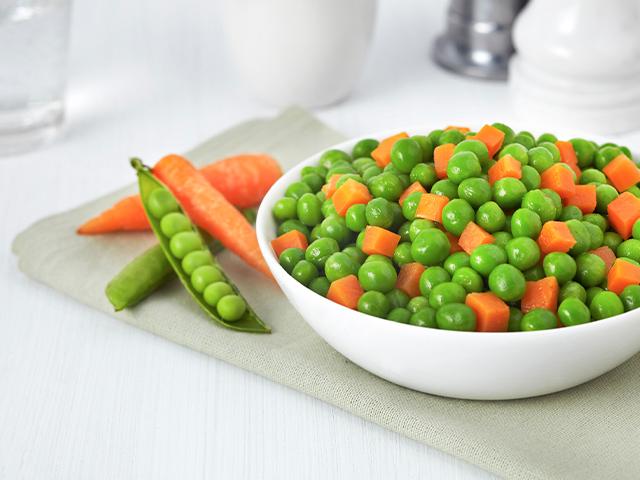 By far, the best thing about being an adult is that you finally get to make the rules. Nobody can force you to make your bed or rake the yard (well, except for your spouse). When I turned 21, the first adult decree that I made disavowed any future culinary relationship with peas.

I hate peas. I always have. As a child at the dinner table, I remember hiding them in napkins or even under my tongue in order to put them in the trash later. Now, my co-workers watch me in bewilderment as I dismantle a pasta entrée or specialty soup by picking out all of the peas one by one. I won’t start eating until every pea is accounted for and properly disposed.

I simply don’t like the taste of them. So as an adult, I don’t eat them.

If only we could do the same with what we want to consume out of life. I can think of a few things that I would take out of my day if I could. I am sure you can too. Whether it is traffic, bills or an unshakable insecurity, it seems as though God relishes in handing us a giant plate full of vegetables that we can’t stand.

Want to know something interesting about peas? According to nutrition experts, peas are quite good for you. They are an excellent source of vitamin A, vitamin C, iron, and a number of other valuable nutrients. They also provide much-needed protein. Who knew that these tiny little pods could hold so much goodness for your body?

Hardships are a bit like peas in that way. They’re tough to swallow, but do your soul some good. Every irritation is slowly strengthening your patience. The disappointments that you experience can hone your expectations and teach you to see things through an eternal lens. Failed relationships and dashed dreams are stepping stones toward better opportunities down the road. Everything – the good, the bad, and downright nasty – is working together to make you a better person, as it says in Romans 8:28.

You may be facing a figurative bowl full of peas right now on the table of your life, and I can’t blame you for turning up your nose in disgust. However, perhaps it helps to think of these trials as enrichment to the health of your soul. Let your pride go on a diet, and allow God to feed you the foods that will sustain you through any difficult situation.

“I consider that our present sufferings are not worth comparing with the glory that will be revealed in us.” (Romans 8:18, NIV)

“Therefore do not be anxious about tomorrow, for tomorrow will be anxious for itself. Sufficient for the day is its own trouble. – Matthew 6:34

It all began with an enormous doctor’s bill. Over the past few months I had been trying to do a better job at budgeting my finances. This had never been one of my strong points, but slowly, surely, I felt like I was starting to make progress toward becoming a true, independent adult. Then the doctor’s bill came. Aside from putting a huge dent in my finances, what made things even more frustrating was that I began to recall the appointment in question.

The doctor had been almost two hours late and had left me waiting in one of those small service rooms, convinced I’d die of old age before he arrived. After that, there had been the tetanus shot that left my arm feeling stiff and sore for the rest of the day. Now I was looking down at a small piece of paper that told me I was expected to pay a ridiculous sum of money for the inconvenience of both. I decided the first thing to do was pray and ask God to help me with my finances. Once I had finished, I began flipping through my Bible for some sense of assurance.

I finally landed on this verse in Philippians:

I rejoiced in the Lord greatly that now at length you have revived your concern for me. You were indeed concerned for me, but you had no opportunity. Not that I am speaking of being in need, for I have learned in whatever situation I am to be content. I know how to be brought low, and I know how to abound. In any and every circumstance, I have learned the secret of facing plenty and hunger, abundance and need. I can do all things through him who strengthens me. Yet it was kind of you to share my trouble. – Philippians 4:10-14

This was not the answer I had hoped for. No one likes being told to tighten their belt, and as I began cleaning up my apartment I couldn’t help feeling a little annoyed at God. Midway through my work, I realized I had just enough food in my pantry, my rent was paid, and my car hadn’t died on me yet. So maybe I’d have to eat leftovers for a few meals or spend an evening reading instead of going out, so maybe I was living with a little bit of need; I had a lot more than many.

Sometimes it’s easy to overlook the ways God has blessed our lives. We worry about what we don’t have, instead of looking around and acknowledging what God has already provided. So when times of need start to make you worry, remember that God will always provide, though not always in the way you might expect.

Look into any healthy church, and you will find believers who are actively serving the Lord as well as some who are not. But Christ’s church was never meant to resemble a sporting event with a few participants on the field and many spectators in the stands. Although some may be uninvolved because of apathy, there are many Christians who just feel inadequate. But a believer’s limitations are no excuse, because God has provided everything we need to serve successfully.

On our own, every one of us is ill-equipped because human strength and talent are insufficient for service to God. Therefore, the Lord has given each of us specific divinely empowered abilities called spiritual gifts to use in doing the work of Christ. We can’t choose for ourselves what our gift will be; this is the prerogative of the Holy Spirit. He alone knows exactly what He wants to accomplish and enables each of us accordingly.

The Spirit’s gifts are to be used for the common good of the church. Though given to us, they’re intended for the benefit of others. Our responsibility is to start serving, and in doing so, we will begin to discover how unified the body of Christ really is.

“I have said to you, ‘You shall inherit their land, and I will give it to you to possess, a land flowing with milk and honey.’ I am the Lord your God, who has separated you from the peoples.” – Leviticus 20:24 NKJV

Year after year, these funds continue to accumulate. Yet millions of men and women are not even aware that this money exists and that the government is holding money for them. They just need to claim it.

In a similar way, many Christians have not claimed the inheritance God has prepared for them. We see this when God told His people that they would inherit “a land flowing with milk and honey.” But they had to take action. They would not receive their inheritance unless they took possession of the land. Many did. But some did not.

Today, realize that God has prepared untold blessings for you. But you need to “possess the land” to claim your full inheritance. Don’t be ignorant of how much God desires to bless you. And don’t be content with less than all God has prepared for you. As you read His Word, realize that all of His promises are true for you right now.