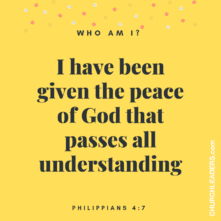 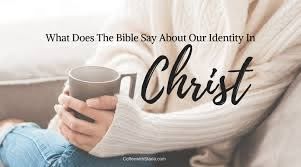 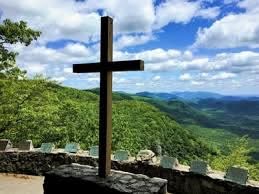 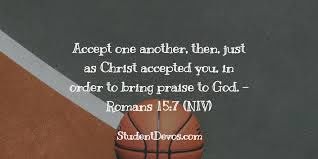 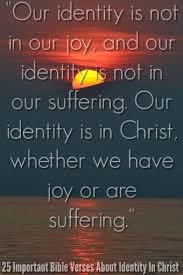 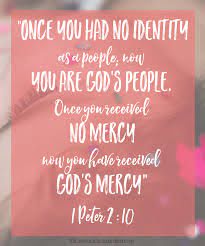 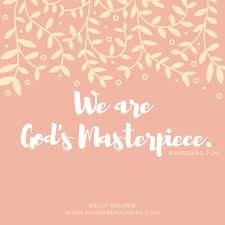 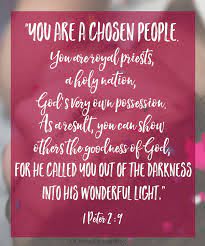 “I care very little if I am judged by you or by any human court; indeed, I do not even judge myself. My conscience is clear, but that does not make me innocent. It is the Lord who judges me” 1 Corinthians 4:3-4(NIV)

Paul did not care if other people judged him. He knew the Lord judges. When we stop caring about our image but instead care about what the Lord thinks of our character, we eliminate the need to seek external approval. It doesn’t matter what the next-door neighbor believes; God knows the intentions of our hearts. He alone is the judge; we are not.

What relief we feel when we don’t have to “keep up with the Joneses.” Status, fame, and worldly concerns slip away. Instead, we get our approval from one source—God—who loves us enough to send his one and only son to die for us.

Our identity is in Jesus Christ and the sacrifice he made for us. We get off the emotional roller coaster when we do not link our identity to our accomplishments or sins. Christ took our sins upon himself when he died on the cross, so we would be made holy and clean before God. Now we are part of his family:

“Therefore, there is now no condemnation for those who are in Christ Jesus” (Romans 8:1 NIV).

What a relief to know that we will not be condemned when we go to heaven, because Jesus was condemned for us, and he received our punishment.

It doesn’t matter what you think of yourself, because you become transformed as you trust Jesus to take away your sins—to be the sacrificial lamb that died for you. Once you accept Christ as your Lord and Savior and follow him, he becomes your new identity.

God even thinks we smell like his son! Ask the Lord to exchange the desire you have for the world’s approval, for his approval.

When we are not concerned with what others think of us, or even what we think of ourselves, but instead focus on what God thinks, we arrive at humility. Timothy Keller, author of The Freedom of Self-Forgetfulness, wrote,

“The essence of gospel-humility is not thinking more of myself or thinking less of myself, it is thinking of myself less.”

Instead of worrying about how you look or focusing on your weight, you should think less about yourself altogether. Focus on who you are in Christ.

But I tell you, do not resist an evil person. If someone strikes you on the right cheek, turn to him the other also. – Matthew 5:39

When it comes to old movies, there’s really no beating the 1984 Karate Kid. It’s the classic coming-of-age story of a young boy who finds his potential with the help of a wise, old man. Of course, back then all I cared about were the awesome fight scenes. The first time I saw the movie I must have spent a week doing “Crane kicks” around the house like an inebriated flamingo. Those same action sequences haven’t aged well, and these days The Karate Kid looks downright corny, but the film still contains some valuable lessons for people who listen.

At one point in the movie Daniel grows frustrated with his training. He’s tired of being bullied, tired of being treated like a loser, he wants some payback and karate seems like the best way to get it. Mr. Miyagi listens patiently as his young pupil vents his anger, then pulls him aside and in broken English tries to explain the essence of what he’s teaching.

Pointing to his head, Miyagi says, “Daniel san, karate here.” He then points to his heart and says “Karate here.” Lastly, he points at his fists and say, “karate never, never here.”

The Karate Kid might be a cheesy movie, but I think a lot of Christians could take a lesson from Mr. Miyagi. It bothers me how often I hear pastors and Christian leaders say things like, “We’re soldiers in the army of God”, “We’re fighting a Culture War”, or “The line is being drawn in the sand”. I understand how hard it is to live as a Christian in modern culture, believe me, but that doesn’t mean we start living our faith with our fists. In fact, that sounds almost counter to what Jesus told his disciples to do.

“But I tell you who hear me: Love your enemies, do good to those who hate you, bless those who curse you, pray for those who mistreat you. If someone strikes you on one cheek, turn to him the other also. If someone takes your cloak, do not stop him from taking your tunic. Give to everyone who asks you, and if anyone takes what belongs to you, do not demand it back. Do to others as you would have them do to you.”– Luke 6:27-31

The truth is Jesus doesn’t need us to fight His battles. Our job is to be reflections of His love and mercy, and we can’t do that when we’re branding people as enemies of the Church. The same principles Mr. Miyagi taught Daniel about karate are true for Christians. God is in our hearts, God is in our minds, but God is never, never in our fists.

Are you accountable to anyone? We all need accountability because it serves as a guardrail, keeping us on the right path. Some people act as if they answer to no one, and yet ultimately we’re all accountable to God and will one day stand before Him to be judged.

The Bible describes two separate judgments—one will be for believers (2 Corinthians 5:9-10) and the other, for unbelievers (Revelation 20:11-15). The basis for both is a person’s works, but the outcomes are quite different. Since Christ bore divine judgment for the sins of His followers, they will never be held accountable for transgressions. So when Christians stand before Christ, their works will be evaluated for the purpose of rewards. But unbelievers will be held responsible for sins they committed and will be sentenced to eternal punishment.

What is your first reaction to our future judgment? You might feel scared if you have not trusted Jesus as your Savior. If so, this is an opportunity to consider asking Him into your heart. But for those of us who have placed faith in Him, the thought of evaluation should inspire thanksgiving for Jesus’ sacrifice. It should also motivate us to live in a manner pleasing to God so we can hear Him say, “Well done!”

What did God mean to David? Serving Him was not just a religious act. For David, the Lord was his light, providing guidance in every situation. He gave him wisdom and discernment. He encouraged him and gave him hope. He lifted his spirits and provided him with joy and peace.

David also realized that the Lord was his salvation. In every kind of situation, God saved him from danger, worry, temptations, and traps – from every enemy.

Because God was his light and salvation, David had no reason to be afraid! As he faced problems, he could depend on God. He did not need to fear enemies or anything they did. He was not even afraid in the face of his own mistakes, weaknesses, or doubts.

David knew that God could do the same thing for anyone who trusted in Him. He can light our path and provide salvation from anything and anyone. When we trust Him, we have no reason to fear any person, any situation, or any problem. God will show us what to do and give us the power and ability to do it. He will save us!

What does God mean to you? Look to Him and let Him be your light. Allow Him to take away your fears, guide you, and protect you. Take refuge in Him, no matter what problems you face. Be confident in Him. Realize He is your salvation in every situation!

Lord, you are my God; I will exalt you and praise your name, for in perfect faithfulness you have done wonderful things, things planned long ago.
Isaiah 25:1
DailyVerses.net

A person finds joy in giving an apt reply— and how good is a timely word!
Proverbs 15:23
DailyVerses.net