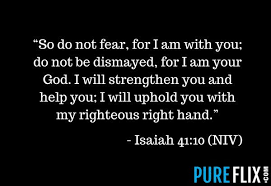 I remember reading about how they train young elephants in India. The trainer would tie one of their hind legs to a tree with a thick rope. Naturally, the elephant, feeling bound by the rope, would try to break free. Eventually, he realizes that his attempts are useless and gradually gets accustomed to being held captive.

As the elephant ages, his restriction of movement will modify his behavior until even a simple string will be sufficient to keep him captive without resistance. The elephant could easily break the string but has convinced himself that the restraining force of the rope is greater than his own strength. So he gives up in defeat.

For many people, past events are like elephant strings. Mistakes, failures, sin, or tragedy which once bound us like thick rope, still hold us captive to the past. If we would only look again, try again, we would find that it is only string that binds us. We have the power, through Christ Jesus, to easily break free. The Apostle Paul wrote,

“For I can do everything through Christ, who gives me strength.” (Philippians 4:13 NLT)

When you find yourself in one of life’s ruts, stop, look down at the string that holds you, and break free. Even when we receive forgiveness for past sin in our life, often we are not so quick to forgive our self. The sin is forgiven but we allow the guilt to remain.

That string of guilt will hold us back from a deeper relationship with God. So forgive yourself, break the string of guilt and shame for God has removed the rope long ago!

We all have failures and make mistakes in our lives. Learn from them, yes, but don’t allow a string of failures or a string of mistakes to hold you. Break free! Try again! You can do it!

Sin can become an old habit. If you lose the struggle to fight it, you can feel hopelessly bound. This is no way to live, so break free from the string of habitual sin. The Bible says,

“… let us strip off every weight that slows us down, especially the sin that so easily trips us up.” (Hebrews 12:1 NLT)

Rip off those strings and be free in Christ! Freedom from guilt is yours.

There are times in every life when we experience tragedy. The loss of a loved one or a relationship, even the loss of a job can have a debilitating effect on us. We can become so bound by the triple threaded rope of grief, sorrow, and regret that, like the elephant, we become accustomed to being held captive. Efforts to break free may seem fruitless and pointless.

But remember that there is hope in Christ Jesus. The Apostle Paul wrote,

“… I focus on this one thing: Forgetting the past and looking forward to what lies ahead, I press on to reach the end of the race and receive the heavenly prize for which God, through Christ Jesus, is calling us.” (Philippians 3:13-14 NLT)

So try again! Press forward! Move ahead with your hopes and dreams. Break that elephant string!

Recently I participated in a small group discussion on Christ-like humility. Our discussion leader had pulled up several Scripture passages for us to reflect upon, and one of them has been racing around in my brain ever since:

But the wisdom from above is first pure, then peaceable, gentle, reasonable, full of mercy and good fruits, unwavering, without hypocrisy (James 3:17).

Christ (such as in Mark 1:35) always sought wisdom from above before speaking and acting. Thus, as Christians (Christ-followers) we should be constantly seeking this godly wisdom and applying it to our lives and relationships. But that verse is a big verse. What does it look like to have this wisdom from above?

1. It is first of all pure. Our motives for doing anything should reflect a desire to live like Christ and be in right relationship with God. If our earthly “wisdom” tells us to approach a situation with impure motives such as greed, selfishness, or pride – that is not wisdom from above.

2. It is peaceable. Sometimes we get preoccupied with the imagery of Spiritual Armor and treat everyone we meet like an enemy solider. We must remember that Ephesians 6:10 says this battle is “not against flesh and blood.” Our Lord is a Prince of Peace, and we have a duty to act as citizens of peace.

3. It is gentle. Proverbs 15:1. If we speak gently, others are more likely to accept and understand God’s work and wisdom. But gentleness is not just about tone of voice. Remember the gentleness and patience with which Jesus dealt with children, sinners, and his apostles. Gentleness is a way of life.

4. It is reasonable. Another translation of this reads “willing to yield to others” – and both are absolutely crucial elements of wisdom. It may seem impossible to live a pure lifestyle while being reasonable and willing to yield, but the Bible says we must. We were given an astounding level of intellect and reason – let us use it! We mustn’t buy in to the lie that “reason is the enemy of faith.” It is necessary to yield to God daily with every decision we make. But it is also possible (and necessary, and wise) to yield to others. Whether it’s a matter of selfless giving or resisting the urge to have angry, theological debates, we are called to yield.

5. It is full of mercy. That parent who abused their authority? That government leader who makes you cringe? That blogger who sounds heretical? Wisdom from above tells us to look on them with mercy. After all, has not God shown us the greatest mercy of all?

6. It is full of good fruits. I’m sure many of us can list Galatians 5:22 of the Lord’s Spirit. When we use godly wisdom to discern what we should do, we will consider the fruits of our choices. Do we strive to make choices that result in the fruits of the Spirit manifested in our lives?

7. It is unwavering. Perhaps it might be strange to think that wisdom from above can be both “willing to yield” and “unwavering.” But don’t think of them as opposites. Perhaps think of it like a marriage or a friendship. Each person in the relationship must listen to reason and be willing to yield to the other. But the relationship itself must be unwavering. We must be bold enough to live unwaveringly as followers of Christ and good stewards of the earth, no matter the opposition.

8. It is without hypocrisy. If something seems like wisdom to you but causes you to be double-minded or deceitful, it cannot be wisdom from above. What we believe must match what we say. What we say must match how we behave. Otherwise, we misrepresent Jesus and the lifestyle we claim to live.

The sons of God

“The Spirit itself beareth witness with our spirit, that we are the children of God; And if children, then heirs; heirs of God, and joint heirs with Christ; if so be that we suffer with him, that we may also be glorified together.” Romans 8:16,17

The believer is to be the heir, I say, not merely of God’s works, not simply of God’s gifts, but of God himself. Do we not talk of his omnipotence?—his almightiness is ours. Do we not speak of his omniscience?—all his wisdom is engaged in our behalf. Do we not say that he is love?—that love belongs to us. Can we not glory in that he is full of immutability, and changes not?—that eternal unchangeablenesss is engaged for the defence of the people of God. All the attributes of divinity are the property of God’s children—their inheritance is built upon them. He himself is ours. Oh what riches! If we could say this morning, that all the stars belong to us; if we could turn the telescope to the most remote of the fixed stars, and then could say with the pride of possession, so natural to man, “That star, a thousand times bigger than the sun, is mine. I am the king of that inheritance.” If we could then sweep the telescope along the milky way, and see the millions upon millions of stars that lie clustered together, and cry, “All these are mine,” yet these possessions were but a speck compared with that which is in the text. Heir of God! He to whom all these things are but as nothing, gives himself up to be the inheritance of his people. Note yet a little further concerning the special privilege of heirship,—we are joint heirs with Christ. That is, whatever Christ possesses, as heir of all things, belongs to us. Splendid must be the inheritance of Jesus Christ. Is he not very God of very God, Jehovah’s only begotten Son, most high and glorious?

“Shudder, you complacent ones; tremble, you overconfident ones! Strip yourselves bare and put sackcloth around your waists.” – Isaiah 32:11 CSB

The fighting began on the morning of April 6, 1862, when Confederate troops struck unprepared Union soldiers camped near the Tennessee River. The attack appeared successful, but eventually the Union troops rallied, and a stalemate resulted.

The violence continued with the death toll mounting until the Confederate forces withdrew. The two-day battle produced more than 23,000 casualties. It was the bloodiest battle in American history up to that time.

Going into battle, many Confederates brimmed with confidence, expecting victory. But the results were more complex and less successful than they expected. Their past successes made them overconfident.

Some found their confidence waning as it became clear that a decisive victory had eluded them. As Foote concluded, many soldiers “lost their awe of great men.”

It was a reminder of the horrors of war and the fickle ways of battle. It was the price of overconfidence and the many factors that can influence an outcome. It also was a reminder that even great generals are human.

As we face life’s battles, we need to stay humble and not be overconfident. We need to continually pray about the matters we face and remain committed to God’s wisdom. We need to seek His plans and strategies and trust in Him.

Keep your lives free from the love of money and be content with what you have, because God has said, “Never will I leave you; never will I forsake you.”
Hebrews 13:5
DailyVerses.net