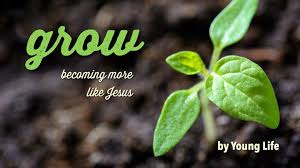 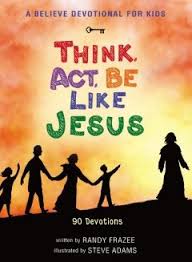 I have to admit, I love finding out more about the personality types, but I honestly think I need to quit cold turkey.

When finding yourself in some self-analyzing test becomes an obsession, well it’s time to re-prioritize. In my voracious search for self I bought every personality book I could find and I have taken every possible test. I have found out what kind of leader I am, what animal I most resemble, what color best fits my personality, and on the spiritual end, even what Bible character I am most like.

But what’s next? What shape I am? What vegetable? It could conceivably continue infinitely.

What’s ironic is that the search for better self-understanding only led me into confusion and depression. The results didn’t match up. One survey said I was an introvert; another confirmed I was an extrovert. One swore that I was a bold leader; the other seemed to think I would rather hang back in the crowd. And on and on. I would put the book down and still wonder who I really was.

You know what I think? I think human nature is just too complex to get down on paper, and the more we try to find ourselves in some arbitrary categories, the more miserable we shall become. I can attest because eventually we always want to become what we are not.

The answer to the continual search for an identity is always Jesus Christ. What does God say about you and me? Well, He might not tell you whether you are a sanguine or an intuitive thinker or an influential leader, but what He will tell you means more than all the secular books on self-understanding.

Don’t get me wrong. There is a place for such analysis. Just don’t place your whole value there. God tells us that we are His children. We are co-heirs with Christ. We are in fact new creations. This is our true identity.

I like God’s personality test best. All I have to do is give myself to the Lord, and He makes me more like Jesus Christ every day. My personality quirks and foibles are now His business. He takes care of the rest.

“For you died, and your life is now hidden with Christ in God.” Colossians 3:3 (NIV)

Look to the LORD and his strength; seek his face always. – 1 Chronicles 16:11

Earlier this year I went fishing with my family up in the boundary waters of Minnesota. Ironically, the first day we pushed out onto the lake in our canoes, the weather was ideal. The sun was shining, the sky was clear, and it was warm but with a nice breeze to take the edge off. Then, like something out of a Calvin and Hobbes cartoon, the weather made a sudden shift. The next morning we got up to find a cloud had descended over the lake.

It wasn’t raining per say, it was more like all the moisture in the area had gotten together and decided to smother our campsite. It was cold, it was damp, and all we could really do was huddle together for warmth. Finally I couldn’t stand it any longer, I was going to build a fire. We had all tried earlier that morning, but the damp wood was nearly impossible to burn. With no lighter fluid and only a couple of matches, I realized I was going to have to do this the hard way.

First I started off with small kindling, pine needles, leaves, twigs. Then I moved on to sticks and paper. It took a long time, but at last I got a decent sized flame that would burn the big logs despite the fact that they were damp. You can be sure, now that we finally had a roaring fire there was no way we were going to let it go out. I bring this up because I believe the concept of building a fire is similar to building a relationship with God.

When a friend of mine recently said he didn’t want to lose “the fire” God had given his spirit, I couldn’t help but remember that cold morning in Minnesota. The Holy Spirit will give us the passion and endurance to live Godly lives, but like a campfire, it will eventually burn down to embers if not supplemented by our own actions. It can be hard work at times. You’ll need to start with kindling like daily prayer and scripture reading, follow up with something bigger like volunteering at Church, and then maybe apply a large commitment like ministry. It won’t be easy, and there will be times when it all seems useless, but in the end the Holy Spirit will burn all brighter.

Remember the words of Matthew,

‘For our conversation is in heaven; from whence also we look for the Saviour, the Lord Jesus Christ.’ Philippians 3:20

You know I am no prophet. I do not know anything about 1866; I find quite enough to do to attend to 1862. I do not understand the visions of Daniel or Ezekiel; I find I have enough to do to teach the simple word such as I find in Matthew, Mark, Luke, and John, and the epistles of Paul. I do not find many souls have been converted to God by exquisite dissertations about the battle of Armageddon, and all those other fine things; I have no doubt prophesyings are very profitable, but I rather question whether they are so profitable to the hearers, as they may be to the preachers and publishers. I conceive that among religious people of a certain sort, the abortive explanations of prophecy issued by certain doctors gratify a craving which in irreligious people finds its food in novels and romances. People have a panting to know the future; and certain divines pander to this depraved taste, by prophesying for them, and letting them know what is coming by and by. I do not know the future, and I shall not pretend to know. But I do preach this, because I know it, that Christ will come, for he says so in a hundred passages. The epistles of Paul are full of the advent, and Peter’s too, and John’s letters are crowded with it. The best of saints have always lived on the hope of the advent. There was Enoch; he prophesied of the coming of the Son of Man. So there was another ‘Enoch’ who was always talking of the coming, and saying ‘Come quickly.’ I will not divide the house tonight by discussing whether the advent will be pre-millenial or post-millenial, or anything of that; it is enough for me that he will come, and ‘in such an hour as ye think not the Son of man cometh.’

For meditation: The ‘whens’, ‘ifs’ and ‘buts’ of the Lord’s second coming were no business of the apostles (Matthew 24:36; John 21:22; Acts 1:7) and they are none of our business either. Our business is to serve him and be prepared for his return whenever that may be (Matthew 24:44–46). See also notes for 8 September.

“But blessed is the one who trusts in the Lord, whose confidence is in him. They will be like a tree planted by the water that sends out its roots by the stream. It does not fear when heat comes; its leaves are always green. It has no worries in a year of drought and never fails to bear fruit.”
Jeremiah 17:7-8
DailyVerses.net

I will exalt you, my God the King; I will praise your name for ever and ever.
Psalm 145:1
DailyVerses.net