57    But thanks be to God! He gives us the victory through our Lord Jesus Christ. 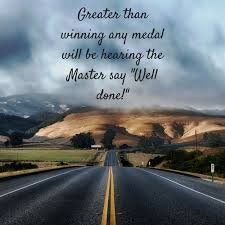 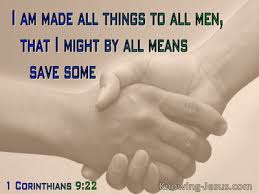 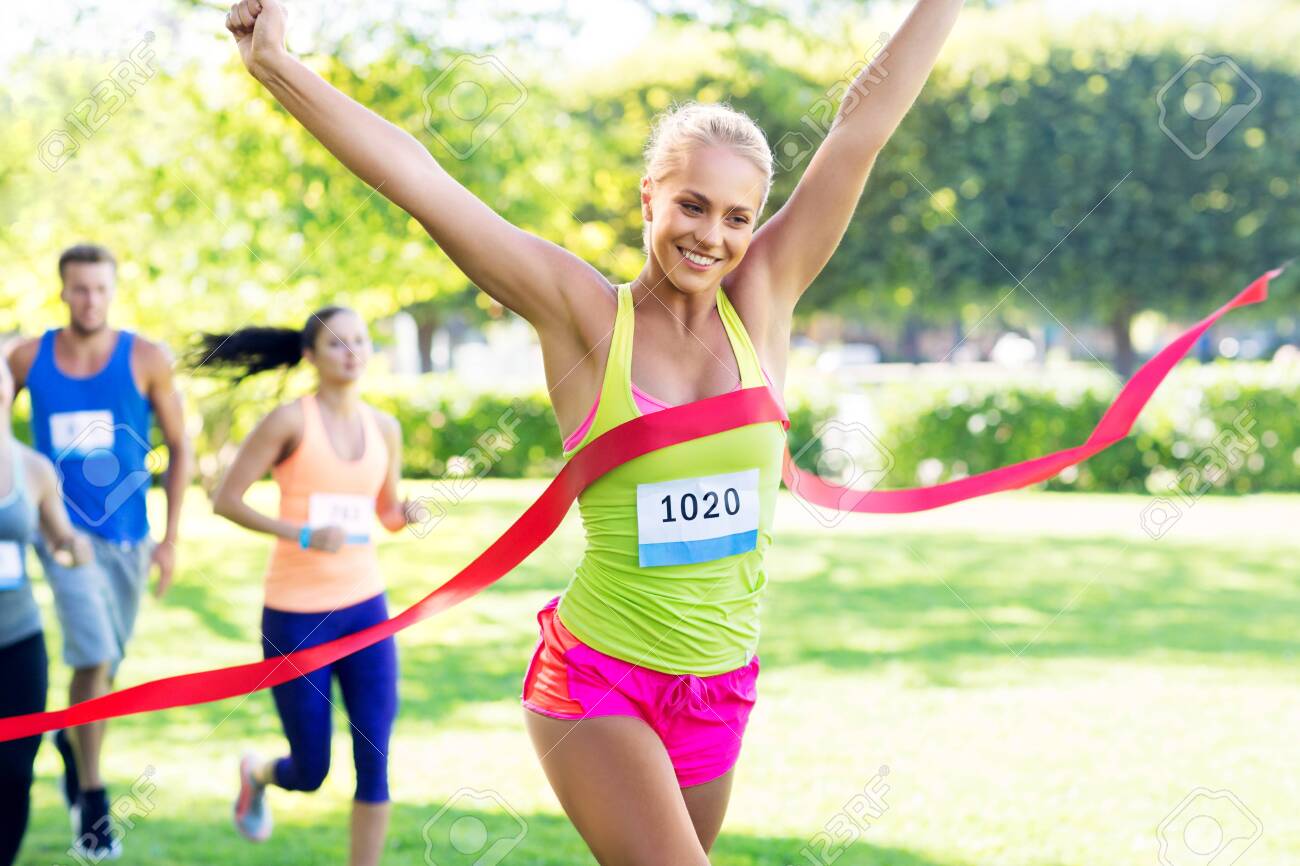 It was the beginning of eighth grade. It was a time full of promise and anticipation of a new school year in a new school. A classmate in gym class invited me to try out for the community league basketball team. I agreed and went to practice. Throughout the season I worked hard at having fun and learning the fine points of the game.

Our team performed well enough through the season to earn a place in the final playoff game for the city championship. We faced a team that was known to be bigger, stronger, and faster than all the others. We played our hearts out and scored toe-to-toe with our opponents. In the final seconds of the game, I stood center court as my teammate, Al, threw the ball overhand all the way down court, over my head, to swish the basket. The buzzer sounded as the ball went through the net. The place went wild as we won the city championship with an exciting Hollywood movie ending.

Next, I joined the high school football team in the midst of a long losing streak. I found that whether you win or lose the big game, playing the game, doing your best, and finishing the season is what real winning is all about.

We read in the Bible where the Apostle Paul wrote,

“… anyone who competes as an athlete does not receive the victor’s crown except by competing according to the rules.” (2 Timothy 2:5 NIV)

Playing the game well, as a well-lived life, brings a winning reward in itself. There is a saying, “It’s not whether you win or lose, but how you play the game.” In today’s culture, that sentiment has seemingly become “old school,” as winning at any cost (including the cost of one’s integrity) has become everything.

Again, let’s look at the Apostle Paul, whom we respect as one of the greatest Apostles and writers in the New Testament. We know that his was a life of “purpose, faith, patience, love, endurance, persecutions, and sufferings.” (2 Timothy 3:10-11)

Yet when he was facing execution he wrote,

“I have fought the good fight, I have finished the race, I have kept the faith. Finally, there is laid up for me the crown of righteousness, which the Lord, the righteous Judge, will give to me on that Day…” (2 Timothy 4:7-8 NKJV)

Most of us would consider a man facing execution a loser. But because of the life he led, fulfilling his calling from God, he was actually a winner! As we live our lives we may also experience hardships, trials, persecution, and loss. But if we will keep our hand in the hand of God and do our best to live according to His will, then we too are winners.

If we will take a moment each day, and just look around, we will see the glorious winning in everyday life. The winning is in the journey. The glory of everyday life holds for you the mystery of happiness and the victory of winning. As a believer of Jesus Christ, a crown of righteousness is laid up for you in heaven. Now that’s winning!

Whether it be financial, relational, spiritual, or physical troubles (and don’t they all seem to come at the same time?), it’s easy to find ourselves questioning God and His plan for our lives.

Christian singer Babbie Mason’s song, Trust His Heart, addresses these times of hardship. I heard this song for the first time when I was a preteen, and its moving lyrics continue to encourage me now in my adult years. I sing the chorus whenever I’m going through one of life’s rough patches.

These aren’t just lyrics of a song, they’re descriptions of God’s character and reminders of His promises as told through scripture.

1. God is too wise to be mistaken
“To God belong wisdom and power; counsel and understanding are his.” (Job 12:13) (NIV)

“But God made the earth by his power; he founded the world by his wisdom and stretched out the heavens by his understanding. (Jeremiah 10:12) (NIV)

“Oh, the depth of the riches of the wisdom and knowledge of God! How unsearchable his judgments, and his paths beyond tracing out!” (Romans 11:33) (NIV)

“Like newborn babies, crave pure spiritual milk, so that by it you may grow up in your salvation, now that you have tasted that the Lord is good.” (1 Peter 2, 3) (NAS)

“Trust in the Lord with all your heart and do not lean on your own understanding. In all your ways acknowledge Him, and He will make your paths straight.” (Proverbs 3:5-6) (NAS)

“For I know the plans that I have for you,’ declares the LORD, ‘plans for welfare and not for calamity to give you a future and a hope.” (Jeremiah 29:11) (NAS)

Isn’t good to know that we when we are afraid or in the middle of circumstance we don’t understand, that we can trust the ways of our wise and wonderful God!

A basket of summer fruit

For thousands of years the Lord came not, although sin was rampant and the darkness dense, nothing could excite the Lord to an unwise haste. Nor on the other hand did he stay beyond the proper hour; for when the fulness of time was come, God sent forth his Son, born of a woman, made under the law. In heaven we shall probably discover that Christ came to die for our sins precisely at the only fitting moment, that in fact redemption’s work could not have been so wisely accomplished at the gates of the garden of Eden as on Calvary; and that the reign of Herod and the Roman Caesar afforded the most fitting era for the sacrifice of the Cross. And so shall it be with regard to the second advent of our blessed Lord and Master. We are apt to say, “Why are his chariots so long in coming? Do not the virgins sleep because the bridegroom tarries, the wise as well as the foolish, have they not all slumbered and slept?” And many are the servants who say in their heart, “My Lord delayeth his coming,” and are ready therefore to beat their fellow-servants, to drink and to be drunken; but cheer your hearts, you who look for his appearing. He will not come too hastily, for why should the sun arise until darkness has had its hour? Nor will he delay his appearing one moment beyond the proper time, for should not the sun beam forth in the morning? We know and are persuaded that when he shall stand a second time upon the earth, it shall be as much the fulness of time for him to come, as it was the fulness of time when he came at first.

Although uniquely called by God, Samson appears undisciplined and dominated by carnal desires. We see this after he married a Philistine woman. During the wedding ceremony, he posed a riddle, but the Philistines could not find a solution. Then, they coaxed Samson’s new bride into drawing the answer from him.

Later he learned that her father had given his wife to one of Samson’s friends. Angered, Samson caught three hundred foxes, set them on fire, and released them, burning the Philistine fields.

Determined to avenge these actions, the Philistines marched on Judah, demanding that Samson be turned over to them. Afraid, 3,000 of these men of Judah went to find Samson. They reminded him, “the Philistines are rulers over us.” They convinced him to cooperate and to let them bind him with ropes to appease their rulers.

When he arrived in the presence of the Philistines, “the Spirit of the Lord came upon him mightily” (v. 14). He broke the ropes and attacked the Philistines. He stood up to Israel’s oppressors and brought victory when everyone else was prepared to accept defeat.

Samson was flawed, but, unlike others of that time, he was willing to fight, no matter what the odds. He was a man of boldness when all around him were weak.

Ask God to give you boldness, to deliver you from fear and worry. Don’t be intimidated, but stand strongly for His kingdom.

Whom have I in heaven but you? And earth has nothing I desire besides you.
Psalm 73:25
DailyVerses.net