A Case of the Blahs 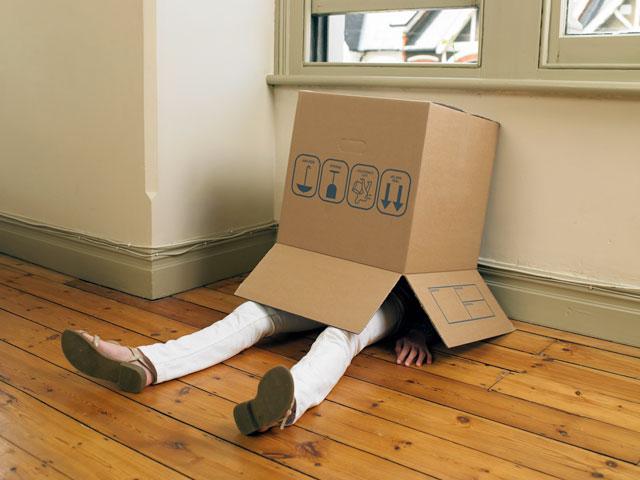 Did you know that the word “blah” is actually listed in the dictionary? Webster defines it as “a feeling of dullness, boredom, lethargy, likened to a winter’s day.”

I guess that sums up the way I’ve been feeling lately. I couldn’t quite put my finger on what the problem was. I just knew that I wasn’t my usual good-to-go self.

I have to admit: sometimes the blahs just seem to creep into my life unannounced. I’ll be going

along just fine when, all of a sudden, it feels like my engine begins to run on three cylinders instead of the usual eight.

I’ve come to believe that the blahs are simply characteristic of the human condition and not to be heralded as anything more. I even had a good talk to God about them, but before I could apologize for the way that I felt, He simply hushed my lips, nodded, and said, I know.

“For we do not have a high priest who is unable to empathize with our weaknesses, but we have one who has been tempted in everyway, just as we are — yet he did not sin” (Hebrews 4:15 NIV).

I know the Lord has brought me a long way from where I used to be. In the past, I would have analyzed myself right smack into the diagnosis of having a serious backslidden condition, and that if I was ever going to snap out of it, I had better crank up my spirituality a few more notches by praying more, fasting more, or buying that 16 lesson series on “How to be a better Christian.”

Talk about your super-charged, hyper-driven, got to get it done Christian! In reality, all that had happened was I had fallen back into a works mentality, and that little elusive five-letter word known as Grace had once again become the name of my favorite Aunt, instead of the needed virtue that would carry me beyond my current dilemma and into the wonderful rest God was calling me to. What started out as a simple case of the blahs turned into a major emotional hurdle of my own making.

Just in time, God rescued me from the gauntlet of condemnation and guilt. He delivered me by quieting down my restless spirit and telling me, Daughter, I am the same yesterday, today, and forever. Come now and sit at My feet. Let Me bring peace to your heart once again by reminding you that My yoke is easy and My burden is light. Come and lay your head on My shoulder and let Me whisper that all is fine.

“For he himself is our peace, who has made the two groups one, and has destroyed the barrier, the dividing wall of hostility, by setting aside in his flesh the law with its commands and regulations.” (Ephesians 2:14-15 NIV).

Do not judge, or you too will be judged. For in the same way you judge others, you will be judged, and with the measure you use, it will be measured to you. – Matthew 7:1-2

During my time in college, I met another student who considered himself a very devout Christian. In terms of practice, this student couldn’t be criticized for his dedication. He read the Bible each morning, attended chapel like clockwork, and never broke a rule during his time at the university. In terms of spirit though, he represented the worst Christianity had to offer. He was proud and judgmental, always calling out others on what he considered to be “sins”.

When guys got together to play a game of Halo, he accused them of putting videogames before God. Once, when a guy kissed his girlfriend goodbye on the cheek, he railed for an hour about sexual immorality. When one girl stood up to him and told him to mind his own business, he called her “deaf to the Holy Spirit.” Things finally hit a major low one night at a Bible Study where, after being ignored by some of the other members, he declared that a prophet like himself was wasting his time with these reprobates. He left the university shortly after, and no one was sad to see him go.

Now, the reason I’m writing this isn’t to shame him, God knows I’ve done plenty of stupid things in my time too. What bothered me though was the fact that, despite much evidence to the contrary, this student was certain he was doing the right thing. In fact, there are many so-called Christians who do and say terrible things, all in the name of God. In cases like these, it’s vital to remember what Matthew wrote about bearing fruit.

“By their fruit you will recognize them. Do people pick grapes from thorn bushes, or figs from thistles? Likewise every good tree bears good fruit, but a bad tree bears bad fruit. A good tree cannot bear bad fruit, and a bad tree cannot bear good fruit. Every tree that does not bear good fruit is cut down and thrown into the fire. Thus, by their fruit you will recognize them. “Not everyone who says to me, ‘Lord, Lord,’ will enter the kingdom of heaven, but only he who does the will of my Father who is in heaven. Many will say to me on that day, ‘Lord, Lord, did we not prophesy in your name, and in your name drive out demons and perform many miracles?’ Then I will tell them plainly, ‘I never knew you. Away from me, you evildoers!‘” – Matthew 7:15-23

At some point, every Christian needs to look at their life and examine the fruit they’ve been harvesting. Are there bushels full of harsh words, proud actions, and vindictive thoughts, or does their bounty include selfless gestures and a gracious heart? Remember, God will judge us by what we sow in the hearts of others, be careful you’re fruit isn’t rotten.

“When He was in Jerusalem at the Passover … many believed in His name … But Jesus … was not entrusting Himself to them, for He knew all men … He Himself knew what was in man.” – John 2:23-25 NASB

Jesus was riding the crest of popular support. “Large crowds followed Him” and “news about Him spread throughout all Syria” (Matthew 4:24-25). People came from everywhere, wanting to be healed. They marveled at the miracles He performed and the insights from His teaching. He gave hope to many who were discouraged by Roman control.

Interest intensified during Passover when He entered Jerusalem. Many hoped He would bring deliverance and freedom. “Many believed in His name.” From a human perspective, this would have been the ideal moment to build momentum and launch a new campaign.

But Jesus had a different perspective. He knew all this attention was short lived. He knew many would follow Him for a season but then move on. He also knew something deeper about the dangers of entrusting Himself to them. Jesus had insights into human nature. He knew how easily people change their minds.

These patterns would be confirmed later in His ministry. Some people stopped following Him when they didn’t agree with His teaching. Even His own disciples abandoned Him when they faced opposition.

Jesus looks at the way people act in our time. He knows what is in our hearts – our real human nature. He understands how easily we can be swept along in popular movements and how quickly everything can change.

Ask God to give you discernment about the people and movements in the world. Seek to serve Him. Seek first His kingdom.

Worship service is a term often used to describe a Sunday morning gathering of a church. But is real worship actually happening there? God isn’t looking for attendees to fill up the pews; He’s seeking true worshippers.

When Jesus encountered the Samaritan woman, part of their discussion was about religious observance. She was focused on the right place of worship, but Jesus explained that there were two much more important aspects. Genuine worship of God must be done “in spirit and truth” (John 4:23).

Spirit means our praise can never be simply another item on our to-do list. Authentic worship is not an obligation, burden, or some weekly task, but rather a total spiritual recognition of God’s gracious lovingkindness and divine majesty.

Truth means that worship is not just an emotional experience. Unless it is based on the truth of God’s Word, then all we have is a soothing sentimental feeling. And that kind of experience will neither last nor promote the spiritual growth God desires for us.

Take some time this week to do a spiritual checkup. Think about why you attend church. Ask yourself, Is it merely a habit or duty? Am I seeking an experience, or do I honestly come to praise and adore God?

And I will do whatever you ask in my name, so that the Father may be glorified in the Son.
John 14:13
DailyVerses.net