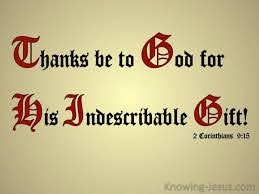 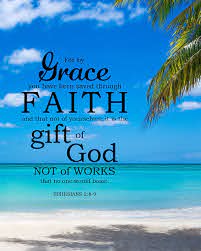 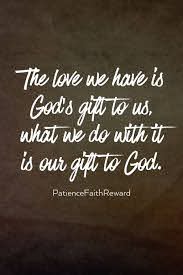 Everything Is a Gift 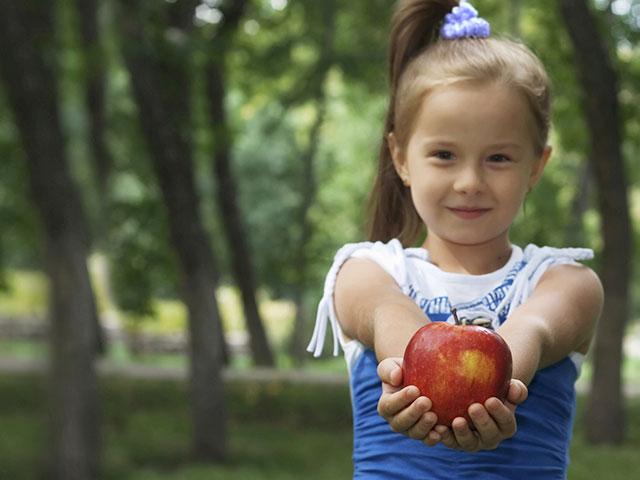 I watched a film recently that began with the quote: “Everything is a gift from the universe.” Non-believers can grasp at straws when it comes to acknowledging higher powers, but as Christians, we know God through a relationship with Jesus Christ. So when that quote was lingering in my mind long after the movie was over, I got to thinking about God as the ultimate gift-giver and how different those gifts look when we know what they are and where they came from.

We commonly think of gifts when it comes to birthdays and special occasions. If we were to make a list, it might include the car in the driveway with the giant red bow on it, the diamond tennis bracelet, or even a greeting card full of cash. Who doesn’t like a tangible display of affection, especially if it was a little expensive? I can tell you one person who doesn’t … a small Southern woman I happen to know and love.

My mother was the first one who got me out of thinking like a material girl every time a gift-giving holiday came around. For her birthday, she would write a short wish list. One item on her list was volunteering to make dinner. Another was giving her a hug every morning before we left for school. It was the simple things that she treasured and it taught us the things with the greatest value are often without a price tag.

When you think along those lines, the idea of God being the giver of gifts isn’t too far-fetched. And it goes beyond the big-ticket items of life like getting married or having children. If you count the small things, you are surrounded by presents every day.

One day, from morning until night, I’d like you to count your blessings. Carry around a little notepad and write them all down. For example, today, I woke up gently without an alarm in my warm, fluffy Queen-sized bed. That’s one. My breakfast of almond crepes with lemon curd turned out perfectly tasty. That’s one. A wise, wonderful friend came over for coffee later on in the morning. That’s three blessings in the first hour and I hadn’t even left the house yet.

You see where I’m going with this? If you note every moment of happiness placed in your life, you’ll see that you unwittingly unwrap hundreds of gifts throughout your day.

King Solomon understood rejoicing in the little things. Sure, he had a vast kingdom with more toys to play with than anyone could enjoy in two lifetimes; however, he was quick to note that it was all “vanity” (Ecclesiastes 1:2). If anything, he found joy in much of what anyone can indulge.

“So I think we should get as much out of life as we possibly can. There is nothing better than to enjoy our food and drink and to have a good time.” (Ecclesiastes 8:15a, CEV)

“Be happy and enjoy eating and drinking! God decided long ago that this is what you should do. Dress up, comb your hair, and look your best. Life is short, and you love your wife, so enjoy being with her. This is what you are supposed to do as you struggle through life on this earth.” (Ecclesiastes 9:7-9, CEV)

Part of the fall of man is a predisposition to focus on the negative, and let’s be real, there’s plenty of that to go around. One bad minute can ruin your whole day. But what would it look like if we collected all the good and see how it outweighs the bad? Just the little things. If you need inspiration, think of the character, Maria, from The Sound of Music. When trying to cheer up the frightened von Trapp children during a storm, she sings about her favorite things that include raindrops on roses and warm woolen mittens. It’s cheesy as musicals are supposed to be, but the point of the song is finding joy in simplicity.

Everything is a gift from God, and knowing that He loves us this much leads us to nothing less than gratitude and deep devotion.

Why Being Thankful Is a Powerful Way to Live Free

The Lord is my strength and my shield; My heart trusts in Him, and I am helped; therefore my heart exults, And with my song I shall thank Him.” Psalms 28:7

We have so much to be grateful for in this life, every single day. But reality is that sometimes constant life demands, battles, and worries give more room to defeat than to a heart of thanks. Or we forget, in the midst of busyness and pressures, just to pause and give thanks for all that God has done and continues to do in our lives.

Sometimes it really is a sacrifice to offer praise and thanks. We may not feel like it. We’re struggling. We’re weary. Or maybe, we feel like He let us down. We think God seems distant, like he’s far away, or doesn’t really care about what’s troubling us. Painful life blows and losses might have recently sent us spiraling.

But here’s what can make a lasting difference. We have a choice, every day, to give him thanks. And with a heart of thanksgiving, we realize that no matter what we face, God doesn’t just work to change our situations and help us through our problems. He does more. He changes our hearts. His power, through hearts of gratitude and focused minds on Him, releases the grip our struggles have over us. We’re strengthened by His peace, refueled by His joy.

No matter what our current situation, or the struggles we may be facing, here’s what choosing to be thankful does:

Here are just a few more truths to remember about thankfulness: