Lord, Send Someone Across My Path 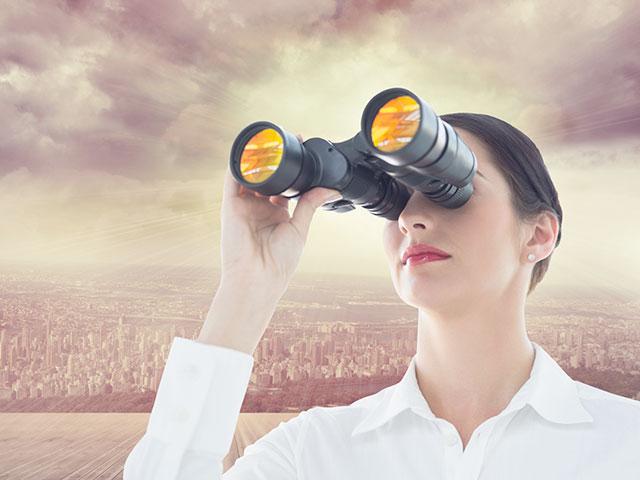 A good friend and experienced Christian (she was in her 90s) introduced me to one of the simplest, yet most powerful prayers you can say:  “Lord, send someone across my path today that I can help.”

It’s an exciting prayer and one which the Lord delights in answering. The first time I ever said that prayer, soon after I became a Christian, God answered in a dramatic way. I was praying in the car on my way to work in Lafayette, Ind., where I was a teacher. I didn’t even have time to take my coat off before my office door opened and a student walked in. She was struggling with panic attacks and needed help. She had no way of knowing that I, too, had been through the same struggle. God sent her to me because He knew I could help her. I thanked God for the answer to prayer and that He chose to use me in that way.

In this case, the answer was immediate and very obvious. Four things happened here:

Other times, the answer is not so clear, but the same steps apply. After you pray, go throughout your day in a state of watchfulness and anticipation that God will answer. When you sense an answer, ask the Holy Spirit to help you discern if God is acting. And, finally, always thank the Lord for using you.

A story in Genesis 24 demonstrates this pattern. Abraham was very old and asked his chief servant to get a wife for his son Isaac:

The servant traveled to a town where he stopped to water his camels. The servant prayed:

Before he had finished praying, Rebekah came out with her water jar on her shoulder.

“The man didn’t say a word. He watched her closely. He wanted to learn whether the Lord had given him success on the journey he had made.” Genesis 24:21 (NIV)

In conversation with her, he discovered that she was, indeed, a relative of Abraham’s through his brother Nahor. Then the servant bowed down and thanked God:

“Praise be to the Lord, the God of my master Abraham … the Lord has led me on the journey to the house of my master’s relatives.” Genesis 24:27 (NIV)

Start your day with that simple prayer:  “Lord, send someone across my path today that I can help.”

He may seat you next to someone in a doctor’s office who needs encouragement. He may place someone in a check-out line in front of you at the grocery store. The possibilities are endless and exciting!

There may be times when you need to change the prayer to:  “Lord, send someone across my path today to encourage me.”

God is not averse to you praying for yourself. Encouragement may come from a phone call, an unexpected knock on your door, or a kind word from a stranger. The steps are the same:  Pray. Watch. Discern. Thank God.

The first two brothers must have been taught by Adam to give an offering to the Lord. Perhaps the offering was a way of giving thanks for the abundance of the earth. It may have looked forward to the promised One that would deliver them from the dominion of Satan. God was pleased with Abel’s offering of a lamb, but not with Cain’s grain offering. We don’t know why, except that God looks upon the heart. This verse tells us that Cain’s heart was not right with God when he gave the offering. It was not the gift itself, as we later see acceptable grain offerings in the days of Moses. Cain’s offering was a representation of his heart. He did not do what was right in his heart, and so, his offering was not accepted.

One sin leads to another. That is the warning God gave Cain. In fact, like a lion waiting to devour us, sin waits to devour our lives. The loving heart of God reached out to Cain with the warning that sin would like to dominate him, to be the authority over him, bringing him to destruction. But then God told Cain the correct response is to master it. Don’t let it master you.

Is there sin crouching at your door, waiting to dominate your life? Master it! Don’t allow it to master you. We master it, just as Cain could have, by looking to the work of the Seed to come, the Savior. Because of what Christ did, we can master it! His resurrected life gives us the power to master it rather than be devoured by it.

Cain was about to plot a murder because of jealousy. Read the verse again. Think about how this verse applies to you each time that you give in to temptation. You can stop the cycle or go deeper into it.

Consider: If you are caught in a cycle of sin, you can still master it by the power of the risen Christ, the Seed that crushed the rule of Satan.

Oh give thanks to the LORD, for he is good; for his steadfast love endures forever! – 1 Chronicles 16:34

Last December I had the privilege to be part of a short-term mission trip to Vladimir, Russia, where I worked alongside Russian Christians in the city’s orphanage. The trip was incredibly challenging, but the opportunity did help me learn a lot about God and about myself. In particular, I remember the Sunday morning where our interpreters invited us to attend their Church. The building they met in was small, and as I took my seat with the rest of the team, I realized there couldn’t be more than thirty people in the congregation.

I found that number rather depressing. My own Church here in the states wasn’t what I’d call big, but it certainly had more than thirty people in it. A small voice in the dark part of my mind wondered if this was a sign of change in our world, that maybe Christianity was beginning to die out. I was still in this dismal frame of mind when the congregation stood for the first song, and it was at that point something extraordinary happened. The people of that small Church began to sing together, and I was amazed at the passion they displayed toward God as they worshiped.

Afterward, my interpreter took me aside and began to tell me about the history of the Church. Apparently, this little Church had been in the community for ten years, and it wasn’t shrinking, it was growing. My interpreter told me how it was through this Church that he had first come to know Christ. He was the only Christian in his family and was doing his best to witness to them, but in the meantime, he considered the people here just as close as any brother or sister. Nearly everyone in the Church was involved in some kind of outreach, some even worked with the orphanages full time.

All of this from a Church of thirty people. Sometimes I lose sight of who God really is, and what he can do with the smallest of offerings. God will never be threatened or hindered by our world. He will always be there for us no matter how far we stray or how hard mankind tries to remove him. Through the rise and fall of countless empires, all the advancements of science, through war and pain, the spirit of God has endured.

I guess the writer of Psalms knew what he was talking about when he wrote,

“Beside them the birds of the heavens dwell; they sing among the branches.” – Psalm 104:12 ESV

Birds certainly are among the most beautiful, diverse elements of creation. But composer Olivier Messiaen developed a deeper perspective. He believed that creation itself is filled with music, and that much can be learned from birds’ songs. He concluded that birds were earth’s first musicians.

When just eighteen, Messiaen began collecting bird songs. This became a lifelong passion. Born in France in 1908, he was serious about his faith. Through his focus on the sound of birds, Messiaen learned why it is important to be in tune with creation and sensitive to the ways God can communicate with us.

As his studies became more advanced, he became more amazed at God’s design. Some bird songs are complex. Others are simple. Many are highly rhythmic. Some are exotic. This diversity reminded him that God speaks in many ways and that each of us is unique.

As he applied lessons learned, Messiaen developed compositions with a vast array of settings. Through his studies, Messiaen was inspired to develop ways of organizing sounds uniquely. He acknowledged taking liberties but continued basing his foundations in actual bird songs.

The Bible reminds us of the many ways God communicates through creation. We read, “The heavens declare the glory of God, and the sky above proclaims his handiwork” (Psalm 19:1). Ask God to give you greater sensitivity to His creation. Remember, He can speak to you through His Spirit, His Word, and even creation.