With a Glimmer of Hope 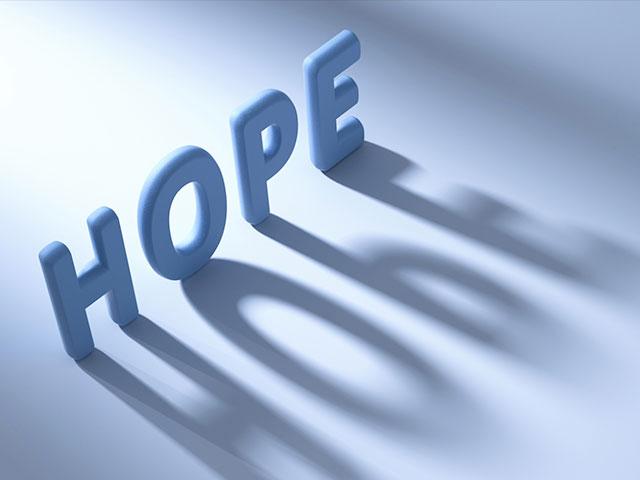 “One night at dinner a man, who had spent many summers in Maine, fascinated his companions by telling of his experiences in a little town named Flagstaff. The town was to be flooded, as part of a large lake for which a dam was being built. In the months before it was to be flooded, all improvements and repairs in the whole town were stopped. What was the use of painting a house if it were to be covered with water in six months? Why repair anything when the whole village was to be wiped out? So, week by week, the whole town became more and more bedraggled, more gone to seed, more woebegone.”

Then he added by way of explanation:

Isaiah spoke about Jesus hundreds of years before Jesus’ birth. Matthew reached back to that prophecy to help us understand who Jesus is and what He came to do. Jesus came to bring hope to the world. Hope is so often in short supply in our world. Fear and negativity can cloud our vision of the future. Jesus has come for those whose hope is failing.

Isaiah put it this way:

“A bruised reed he will not break, and a smoldering wick he will not snuff out” (Isaiah 42:3 NIV).

“He will not crush the weakest reed or put out a flickering candle. Finally he will cause justice to be victorious. And his name will be the hope of all the world.” (Matthew 12:20-21 NLT).

“It was the cold winter of 1944 and although we had nothing like calendars, my father who was a fellow prisoner there, took me and some of our friends to a corner of the barrack. He announced it was the eve of Hanukkah, produced a curious-shaped clay bowl, and began to light a wick immersed in his precious, but now melted, margarine ration.

Before he could recite the blessing, I protested at this waste of food. He said, ‘You and I have seen that it is possible to live up to three weeks without food. We once lived almost three days without water. But you cannot live properly for three minutes without hope.’ “

No matter what we face today, Jesus is our hope. Even if we’re weak and our hope is small, He has come to give us a bright picture of tomorrow. We can rest in that.

When I Grow Up

“You can be anything you want when you grow up, sweetie.”

My parents profoundly ignored that phrase when I was growing up. I never heard them say those words, although the self-esteem trend was certainly making its way through the schools and Saturday morning cartoons. That’s not to say that they told me the opposite or never encouraged my efforts. On the contrary, my mother carted me to ice skating practice, art lessons, piano lessons, debate club, and even soccer (for one pathetic season). She pushed me to do my best at whatever activity or homework assignment came my way, because it was a matter of “doing all things for the glory of God.” And that’s exactly why she and my father never told me I could be anything I wanted when I grew up.

Instead of the infinite-potential catchphrase, they would tell me things like, “If God wants you to be a concert pianist, then you will be,” or “God gave you this talent for a reason, so we’re going to cultivate it.” That took the focus off of what I “wanted to be” and onto how God had gifted me. For that reason, my mother pushed me into writing tutoring even though I absolutely hated it at the time. I certainly had no intentions of being an editor when I grew up. Little did I know.

Can we really be anything we want when we grow up? The famous verses in Proverbs suggest otherwise. “In his heart a man plans his course,” says Proverbs 16:9. Sure, I can make plans to be anything I want. “But the Lord determines [my] steps,” as the verse concludes. My parents understood this from their own crazy life stories. So they told me not about my endless potential, but about God’s ability to take me to places unknown and undreamed of.

I laugh inwardly when people ask me where I want to be in five or ten years, because Heaven only knows where I actually will be. Besides, I’m still inexperienced in all this career and marriage stuff, and still figuring out my goals. How comforting it is to know that it’s my responsibility to cultivate the little talents I have and let God decide where to take them.

Even at this point in my life, I can look back and see the long line of events, circumstances, character-building chances (oh boy!), and opportunities that I couldn’t have orchestrated myself. I see now that I couldn’t have been anything I wanted. Instead, I have become – and will become – whatever God wants me to be. After all, He knows me more intimately than I know myself. He knows exactly how I can serve His kingdom best. Yes, that’s what I want to be when I grow up.

The Living God – Streams in the Desert – January 17

O Daniel, servant of the living God, is thy God whom thou servest continually, able to deliver thee? (Daniel 6:20).

How many times we find this expression in the Scriptures, and yet it is just this very thing that we are so prone to lose sight of. We know it is written “the living God”; but in our daily life there is scarcely anything we practically so much lose sight of as the fact that God is the living God; that He is now whatever He was three or four thousand years since; that He has the same sovereign power, the same saving love towards those who love and serve Him as ever He had and that He will do for them now what He did for others two, three, four thousand years ago, simply because He is the living God, the unchanging One. Oh, how therefore we should confide in Him, and in our darkest moments never lose sight of the fact that He is still and ever will be the living God!

Be assured, if you walk with Him and look to Him and expect help from Him, He will never fail you. An older brother who has known the Lord for forty-four years, who writes this, says to you for your encouragement that He has never failed him. In the greatest difficulties, in the heaviest trials, in the deepest poverty and necessities, He has never failed me; but because I was enabled by His grace to trust Him He has always appeared for my help. I delight in speaking well of His name.
–George Mueller

Luther was once found at a moment of peril and fear, when he had need to grasp unseen strength, sitting in an abstracted mood tracing on the table with his finger the words, “Vivit! vivit!” (“He lives! He lives!”). It is our hope for ourselves, and for His truth, and for mankind. Men come and go; leaders, teachers, thinkers speak and work for a season, and then fall silent and impotent. He abides. They die, but He lives. They are lights kindled, and, therefore, sooner or later quenched; but He is the true light from which they draw all their brightness, and He shines for evermore.
–Alexander Maclaren

“Moreover, he said that Christ was the home of his thoughts. Whenever his mind was free from other matters it would turn to Christ; and he would talk aloud to Christ when he was alone — on the street, anywhere — as easily and naturally as to a human friend. So real to him was Jesus’ actual presence.

Do not be anxious about anything, but in every situation, by prayer and petition, with thanksgiving, present your requests to God. And the peace of God, which transcends all understanding, will guard your hearts and your minds in Christ Jesus.
Philippians 4:6-7
DailyVerses.net

I will exalt you, my God the King; I will praise your name for ever and ever.
Psalm 145:1
DailyVerses.net