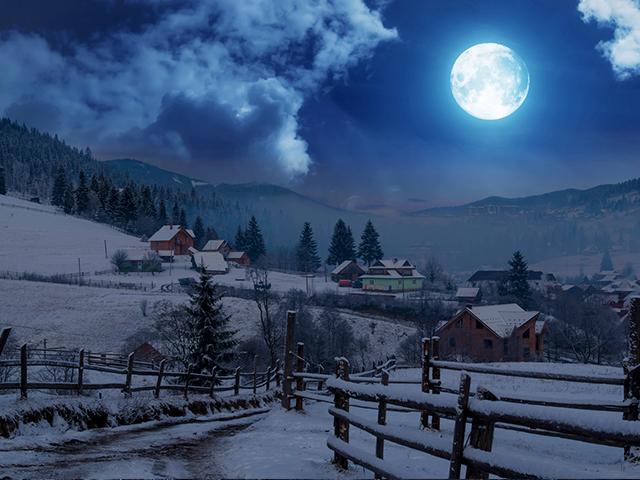 “Lord God,” Earle cried, “help me to find my ewe. She’s been lost in this blizzard since mornin’ an’ she’s pregnant.”

Earle brushed a tear from his eye, leaned forward in the saddle, and gave his horse, Cooper, his full rein.

Cooper sensed Earle’s urgency and broke into a lope.

He spotted the ewe only because Cooper dodged her, prancing with high steps.

“Come ‘ere, lady!” Earle said, gliding out of the saddle. He brushed snow from the ewe’s woolen curls.

The ewe lifted her head but otherwise remained motionless.

Earle reached into Cooper’s saddlebag and grasped an alfalfa cube and a handful of molasses-strapped oats. “I got yer favorite treat ‘ere.” Earle pressed the alfalfa cube to the ewe’s nose.

The ewe roused and nibbled on a few grains.

The ewe placed her muzzle in Earle’s hand, and they inched forward.

Earle fell to his knees, “Father God, what’s my next step?” He fought panic and listened for the still small voice of the Lord within his conscience.

An idea came to him.  Earle loosened Cooper’s girth, removed the saddle-pad, and placed the ewe on this makeshift sleigh. He fashioned an improvised harness from Cooper’s bridle and some rope. He attached this ensemble to the girth and reattached it.

Earle clucked to Cooper. It was then he realized he was lost. He couldn’t see the outcroppings to center him; all he could see of the blurred landscape was snow! He tried to track their direction, but their footprints were erased. He couldn’t even see the horizon.

Earle pulled the ewe into his bosom. “I’ll get ya home somehow, love. You’ll bed down in my own cabin tonight.” He motioned for his horse to go forward.

Cooper zig-zagged across the landscape, confused.

“Lord, we need Your help! You led Your people in all circumstances and at all times. Lead me.”

Earle took his gloves off and slipped them onto the ewe’s hooves. “It ain’t much, lil’ lady, but ye need spoilin’ more than myself.” He felt her abdomen. “Hold off there, love! I’ll get you home.”

Earle searched the landscape. Suddenly, he realized he had an unexpected clue he could use to determine which direction to travel. He could smell the wood burning in his fireplace. “Thank You, Lord!” Earle said. He followed the scent, and step by step led the convoy forward.

At last, Earle spotted embers rising from the chimney. “Thank You, Lord! For You, ‘the true Light,’ (John 1:9 KJV) have guided me home.”

Earle opened the cabin door and led Cooper inside. He stoked the fireplace and laughed at the sight of his horse and ewe residing inside his home. Tears streamed freely, for as he bedded the ewe, still upon the saddle-pad, she gave birth to a perfect lamb.

Earle knew that as Moses relied on the Guiding Light, so must he.

And so must we.

Streams in the Desert – January 25

At my father’s house in the country there is a little closet in the chimney corner where are kept the canes and walking-sticks of several generations of our family. In my visits to the old house, when my father and I are going out for a walk, we often go to the cane closet, and pick out our sticks to suit the fancy of the occasion. In this I have frequently been reminded that the, Word of God is a staff.

During the war, when the season of discouragement and impending danger was upon us, the verse, “He shall not be afraid of evil tidings; his heart is fixed, trusting in the Lord,” was a staff to walk with many dark days.

When death took away our child and left us almost heartbroken, I found another staff in the promise that “weeping may endure for the night, but joy cometh in the morning.”

When in impaired health, I was exiled for a year, not knowing whether I should be permitted to return to my home and work again, I took with me this staff which never failed, “He knoweth the thoughts that he thinketh toward me, thoughts of peace and not of evil.”

In times of special danger or doubt, when human judgment has seemed to be set at naught, I have found it easy to go forward with this staff, “In quietness and confidence shall be your strength.” And in emergencies, when there has seemed to be no adequate time for deliberation or for action, I have never found that this staff has failed me, “He that believeth shall not make haste.”
—Benjamin Vaughan Abbott, in The Outlook

“I had never known,” said Martin Luther‘s wife, “what such and such things meant, in such and such psalms, such complaints and workings of spirit; I had never understood the practice of Christian duties, had not God brought me under some affliction.” It is very true that God’s rod is as the schoolmaster’s pointer to the child, pointing out the letter, that he may the better take notice of it; thus He pointeth out to us many good lessons which we should never otherwise have learned.
—Selected

“God always sends His staff with His rod.”

Each of us may be sure that if God sends us on stony paths He will provide us with strong shoes, and He will not send us out on any journey for which He does not equip us well.
—Mclaren

Genesis 32:27-28 (NIV) 27The man asked him, “What is your name?” “Jacob,” he answered. 28Then the man said, “Your name will no longer be Jacob, but Israel, because you have struggled with God and with men and have overcome.”

After Jacob recognized his dependence on God, he was met by an “angel” that he later called “God”. He wrestled with this angel all night. He had really been “wrestling” all his life, wrestling with his own will and ways against God’s will and ways. That wrestling had not produced a winner. God continued to bless him but not like Jacob could have been blessed if he would have let God win. Still, Jacob had never walked away or quit wrestling. This is what the conversation in this passage is about.

In that age, a name implied the person’s character. It was almost as if it was your destiny to fulfill its meaning. Since Jacob had come to this turning point in his life, God changed his name, implying that he was a new person. Jacob meant ‘laughter’ or could also mean ‘deceiver’. His new name implied that he was enduring with God. In other words, he had not given up but continued to allow God to be a source of conflict and change in his life.

When you come to Jesus and allow Him to be your Savior and Lord, he changes your destiny too. As you wrestle with Him through life, you become an overcomer also. As He wins more and more of the battles over your will, you become dependent upon Him. You learn that God’s will and ways are really better for you than you could desire for yourself.

God calls us to see what we are and where we are headed, “What is your name?” Then He changes our name and destiny. God crippled Jacob’s hip to cause an additional dependency and reinforce the lesson.

Encouragement: Has God blessed you with a crippling of some kind? Keep enduring with God, overcomer. He has good things planned for you. Learn to depend on Him alone.

“They asked, and he brought quail, and gave them bread from heaven in abundance. He opened the rock, and water gushed out; it flowed through the desert like a river.” – Psalm 105:40-41 ESV

From our perspective, Israel’s exodus from Egypt seems inevitable and even easy. But we know it was anything but easy. Everything about the journey was perilous. With overwhelming needs, they faced a constant stream of dangers and unknowns.

They must have had constant questions that needed answers. Moses might have given them promises from God, but they still had doubts. How would they escape the mighty Egyptian army? With no clear signposts, how would they know where to go? How would they find food and water in a barren wilderness?

Each of us has our versions of experiences like these – problems that seem impossible to solve, difficulties that seem too great, uncertainties, and questions. These are moments to remember all that God did for the Israelites.

Over and over, He did what seemed impossible. To people with no resources, He provided silver and gold. When there seemed to be no food, He fed them with quail. He didn’t just give them some bread, but an abundance. In a place without water, He provided water that gushed out of a rock, flowing “like a river.”

Why did God do these things? He was keeping His promises and the covenant He had established with Abraham.

Remember, nothing is impossible with God. You can trust Him. Stand on His Word. Believe that He will make a way for you even when there doesn’t seem to be a way.