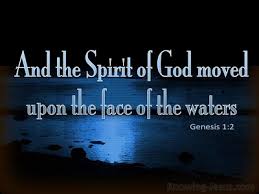 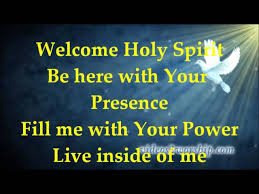 You’ve got to know something’s wrong when you pass numerous broken down cars on your usually smooth commute. In July 2018, a delivery truck had pumped the wrong fuel in underground tanks at several gas stations. Many Virginia motorists who had filled their tanks with Regular gas got Diesel instead. Some cars sputtered down the highway and others seized up entirely.

I’ve often thought about these drivers. It seemed so right filling their cars that day. The pump was labeled Regular. Why would they expect anything else?

King Solomon, one of Israel’s greatest leaders, revered for godly wisdom, wrote about assuming you’re getting the right thing in Proverbs:

“There is a path before each person that seems right, but it ends in death.” Proverbs 14:12 (NLT)

I recognize that path. It’s the avenue society says is best for me, too. The one where I figure out what makes me happy and how to get it — the all-about-me road. I spend my time doing things I enjoy, buying things I like, and seeking a safe, comfortable life. I decide what’s right and wrong, what’s fair and unfair. It does seem right. It seems normal.

What could be wrong with it? I’m not hurting anyone else. We all think this way sometimes. Problem is that kind of thinking can lead us down a dark path.

Solomon says it ends in death. Spiritual Death. Sputtering away from the path God intended. Dying, separated from the abundant life God planned for us.

The first commandment given to Moses says, “You must not have any other god but me.” Exodus 20:3 (NLT)

That includes us. We can’t spend our lives chasing pleasures, living by our own code of ethics, always putting ourselves first. That’s placing us before God — making little gods of ourselves. When we trust and obey God, we put Him in the rightful place as Lord of our lives. We align our wants with what He wants. We respect His authority in our lives as our Heavenly Father.

Jesus Christ is the perfect example of the proper relationship to the Father. He sought time alone with Him, counsel from Him, and He totally surrendered to God’s plan. Even in the face of crucifixion, Jesus said,

When Jehovah God delivered the Ten Commandments to Moses for His people (Exodus 20:1-20), it was not so much a list of do’s and don’ts, as some might interpret. It was God’s plumb line for humanity. He wanted us to walk in abundant life, not death. Days with purpose.

Oh Lord Jesus, please help us to know when we are fueling our earthly vessels with the emptiness of this world. We need discernment from the Holy Spirit as we are prone to stray without even knowing it. Accept our confession, oh merciful God. We are guilty of putting ourselves before You. We don’t want to have any other god but You. Please forgive us, change us, and rescue us from ourselves — put us on Your pathway for our lives. Thank you for your unending grace and faithfulness. Amen.

The kingly priesthood of the saints

“And hast made us unto our God kings and priests: and we shall reign on the earth.” Revelation 5:10

Jesus said, “I will take the cup of salvation;” and he did take it—the cup of our deliverance. Bitter were its drops; gall lay in its depths; there were groans, and sighs, and tears, within the red mixture; but he took it all, and drank it to its dregs, and swallowed all the awful draught. All was gone. He drank the cup of salvation, and he ate the bread of affliction. See him, as he drinks the cup in Gethsemane, when the fluid of that cup did mingle with his blood, and make each drop a scalding poison. Mark how the hot feet of pain did travel down his veins. See how each nerve is twisted and contorted with his agony. Behold his brow covered with sweat; witness the agonies as they follow each other into the very depths of his soul. Speak, you lost, and tell what hell’s torment means; but you cannot tell what the torments of Gethsemane were. Oh! the deep unutterable! There was a depth which couched beneath, when our Redeemer bowed his head, when he placed himself between the upper and nether millstones of his Father’s vengeance, and when his whole soul was ground to powder. Ah! that wrestling God-man—that suffering man of Gethsemane! Weep o’er, saints—weep o’er him; when you see him rising from that prayer in the garden, marching forth to his cross; when you picture him hanging on his cross four long hours in the scorching sun, overwhelmed by his Father’s passing wrath—when you see his side streaming with gore—when ye hear his death-shriek, “It is finished,”—and see his lips all parched, and moistened by nothing save the vinegar and the gall,—ah! then prostrate yourselves before that cross, bow down before that sufferer, and say, “Thou hast made us—thou hast made us what we are; we are nothing without thee.”

For meditation: Creating us could not have been easier for God—it took just a word. (Genesis 1:26,27). Making us right with himself could not have given him more trouble. The work of salvation was terribly hard for the Lord Jesus Christ, but he completed it. It would have been absolutely impossible for us.

Exodus 2:5-9 (NIV) 5Then Pharaoh’s daughter went down to the Nile to bathe, and her attendants were walking along the river bank. She saw the basket among the reeds and sent her slave girl to get it. 6She opened it and saw the baby. He was crying, and she felt sorry for him. “This is one of the Hebrew babies,” she said. 7Then his sister asked Pharaoh’s daughter, “Shall I go and get one of the Hebrew women to nurse the baby for you?” 8“Yes, go,” she answered. And the girl went and got the baby’s mother. 9Pharaoh’s daughter said to her, “Take this baby and nurse him for me, and I will pay you.”

God kept His promise and made Israel a great nation during their 400-year stay in Egypt. In fact, they became so great that the Pharaoh ordered all baby boys thrown into the Nile to keep the Israelites from becoming too powerful. There was a spiritual war taking place. The time had come for the LORD to raise up a deliverer, and Satan knew it. He planted fear in Pharaoh’s mind so that he would kill the male babies being born. He used the same tactic when Jesus, the Great Deliverer, was born. But the Divine hand of God works even through the evil of men to save lives, just as we saw in the story of Joseph.

The mother of Moses put him in a basket, and Providence guided the basket to the place where the Princess of Egypt had come to bathe. Baby Moses cried, and her heart melted. God used the most powerful of nations to give His deliverer an education in all the world’s wisdom. He would have to make a choice between the world and his God.

Who was hired to nurse and care for him but Moses’ own mother. I love the way God so utterly turns Satan’s tactics around to bless the children of God. It may seem like the Enemy has brought defeat into your life. Remember, the Enemy fights the most vehemently when he senses deliverance is at hand.

Encouragement: Hold on, and trust in the wonderful ability of God to turn your circumstances into a mighty victory.

“Cast your burden on the Lord, and He shall sustain you; He shall never permit the righteous to be moved.” – Psalm 55:22 NKJV

David faced serious problems. He admitted being “restless” and in “turmoil” (v. 2 CSB). But God showed him how to respond. He could not find relief by holding on to or dwelling on his burdens. David needed to give them to God. As the Hebrew word indicates, he had to literally throw them. This meant aggressively committing every burden to God. David was seeking Him in earnest prayer and praying until he found answers.

David recognized that God was his only hope of finding relief. Trusting Him gave him the strength and release he needed. Through this process, David could find peace to be freed from the burdens weighing him down.

Echoing a similar conclusion, Peter wrote, “Humble yourselves under the mighty hand of God.” Peter, too, learned to cast his worries on God, confident that He cares and is ready to help (1 Peter 5:6-7).

Do you have burdens that seem too heavy? A physical need? An economic challenge? A worry or relationship crisis? Do you face a crossroads? You may be worried or afraid and have trouble sleeping. You may feel confused or frustrated and not know what to do.

No matter the circumstances, if you truly trust in the Lord, He promises to sustain you. Confess your needs to Him. Then give Him your burdens. If they return, keep giving them back to God. The Bible says that He will take away your fears and worries.

A person finds joy in giving an apt reply— and how good is a timely word!
Proverbs 15:23
DailyVerses.net