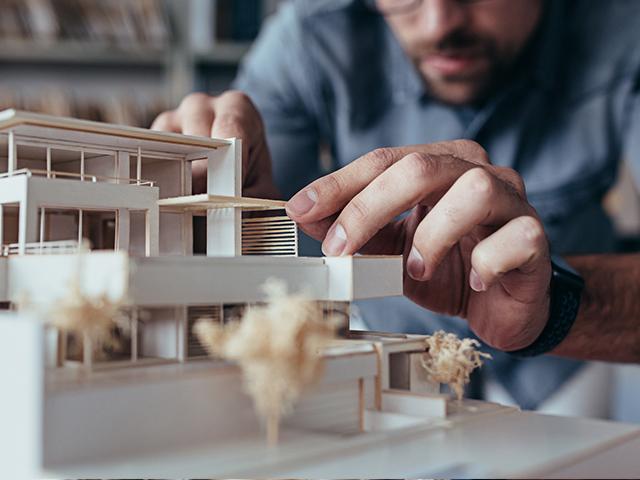 Perfectionism is a good thing and a bad thing. It is good to do things right. It is a bad thing to expect life to be without flaw.

Years ago I studied the personalities. As I got to know myself better and why I acted and reacted the way I did, I learned one of the basic keys to my personal happiness was keeping my perfectionism in check. You see, I was an introverted, melancholy, organizer personality and one of my big problems was requiring everything to be perfect. But it gets worse. Not only was I expecting myself to be perfect, I was imposing my expectations on my family and friends. If something was not the way I thought it should be, my day was pretty much ruined!

Since that time I have worked hard to relax my perfectionistic standards. And I live in a happier household and have happier friends.

My quest to achieve perfection is closely related to my desire to be more like my heavenly Father. But I am aware that I can never be anywhere near God’s level of perfection. Only He is perfect.

“Exactly as I show you concerning the pattern of the tabernacle, and of all its furniture, so you shall make it.” (ESV)

God has used one of my favorite words here — “exactly.” There is no room for modification or variation. It must be just as He says. It must be perfect!

God can approach everything in that way because He is perfect. But for me, and you, we must adjust our expectations. We are imperfect people living in an imperfect world that seems to get worse every day. If we have to have everything perfect, we are going to be not only imperfect people but miserable.

God’s instructions for the tabernacle included not only the building but all the accessories—the lampstand, the curtains, the mercy seat, the Ark of the Covenant, the table, and more.

In the Sermon on the Mount, Jesus ends Matthew 5 with the words,

“You therefore must be perfect, as your heavenly Father is perfect.” Matthew 5:48 (ESV)

Quite a challenge for me!

What about you? Do you struggle with perfectionism? Or is your struggle with something else? If, like me, you struggle with wanting circumstances and relationships just so, cut yourself some slack. Allow yourself to be less than perfect. As long as you keep your focus on the one who is perfect, the result will be a happy peaceful lifestyle that is perfect for you.

Are You Scared of Loving Zacchaeus?

When Jesus reached the spot, he looked up and said to him, “Zacchaeus, come down immediately. I must stay at your house today.” Luke 19:5, NIV

I’m scared of some things—and some people—but I’m not too scared about spending time with those who don’t know Jesus. Never have been.

In fact, I enjoy people who are vastly different than me. I must say, though, that I am nowhere even close to the greatest friend-who-knew-no-stranger-of-all-time: Jesus. And so I admire his ability to walk toward those who might scare you and me … those who we might walk away from today.

Zacchaeus was one such character. He really was a despicable little man. As I’m sure you know, tax collectors in Bible times were not the sort of person you invited over for a potluck to your home on an early spring evening. No, they were viewed as the lowest of the low. The pond scum of society. The ones you wouldn’t even let in your front door.

Amazingly, though, Jesus didn’t adjust his course when he was walking through Jericho one fine day. With his eye on the tax collector, Jesus walked right to where Zacchaeus was perched in a sycamore tree. Because he was small in stature, Zacchaeus had climbed up this tree so that he could see who Jesus was when he passed by in the crowd of people. He had heard about him, and now he wanted to see for himself.

Had he heard how he’d performed miracles? How he’d attracted and fed large crowds of people? How he’d touched the untouchables and healed those with leprosy? How he’d stood up to the religious establishment and called them on their legalistic teachings?

Who knows for sure. But whatever he had heard, Zacchaeus wanted to see this man who defied everyone’s expectations of what the Messiah would be.

“Zacchaeus,” Jesus said as he addressed him by name. “Come down immediately. I must stay at your house today.”

Can you imagine what Zacchaeus must have thought? He knows me! Wait, HOW does he know me? And why is he coming to spend time with me? Doesn’t he know that everyone despises me because I take all of their money? Why would he want to spend time with ME?

But whatever Zaccheus may have thought didn’t stop him from scrambling down the tree and welcoming Jesus “gladly.” He was smitten with the love of the Savior. And he knew that this was the Christ.

“Look, Lord!” Zacchaeus said to him. “Here and now I give half of my possessions to the poor, and if I have cheated anybody out of anything, I will pay back four times the amount.”

And Jesus said to him, “Today, salvation has come to this house, because this man, too, is a son of Abraham. For the Son of Man came to seek and to save what was lost.”

How amazing is that? Jesus didn’t shy away from someone who the rest of society was shunning. He also didn’t get up in Zacchaeus’ face, make him feel like dirt and then strike him down with the Law in his initial effort to love him. No, he just said, “Hey, I see you and I’m going to spend some time with you. Come on, let’s go!”

It’s the “great commission” in action. “Go ye into all the world.” Even to the parts of town that you usually avoid. Even to the societal groups that offend you. Even to the family member who has chosen to live a different lifestyle. He, she, they … any of these people can represent Zacchaeus in your life.

But don’t walk away from them. Walk toward them. And extend an invitation for a better way of living and the hope of a glorious eternity. Just like Jesus did for you.

“He also that had received two talents came and said, Lord, thou deliveredst unto me two talents: behold, I have gained two other talents beside them. His lord said unto him, Well done, good and faithful servant; thou hast been faithful over a few things, I will make thee ruler over many things: enter thou into the joy of thy Lord.” Matthew 25:22-23

If by divine grace—(and it is only by divine grace that this can ever be accomplished)—our two talents be rightly used, the fact that we did not have five, will be no injury to us. You say, when such a man dies, who stood in the midst of the church, a triumphant warrior for the truth, the angels will crowd to heaven’s gates to see him, for he has been a mighty hero, and done much for his Master. A Calvin or a Luther, with what plaudits shall they be received!—men with talents, who have been faithful to their trust. Yes, but know ye not, that there is many a humble village pastor whose flock scarcely numbers fifty, who toils for them as for his life, who spends hours in praying for their welfare, who uses all the little ability he has in his endeavour to win them to Christ; and do ye imagine that his entry into heaven shall be less triumphant than the entry of such a man as Luther? If so, ye know not how God dealeth with his people. He giveth them rewards, not according to the greatness of the goods with which they were entrusted, but according to their fidelity thereunto, and he that hath been faithful in the least, shall be as much rewarded, as he that hath been faithful in much. I want you briefly to turn to the chapter to see this. You will note first, that the man with two talents came to his Lord with as great a confidence as the man that had five. “And he said, Lord, thou deliveredst unto me two talents; behold, I have gained two talents beside them.”

For meditation: These words, spoken exactly 34 years before the day on which Spurgeon died, remind us not to covet the gifts of a Spurgeon. Our concern, as believers, should not be how much we have got from God, but how much we gladly use whatever we have got for God (1 Corinthians 4:2; 2 Corinthians 8:12).