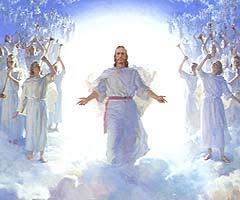 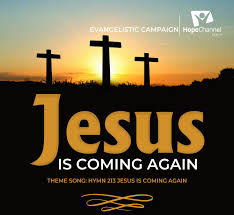 Jesus Will Be Arriving 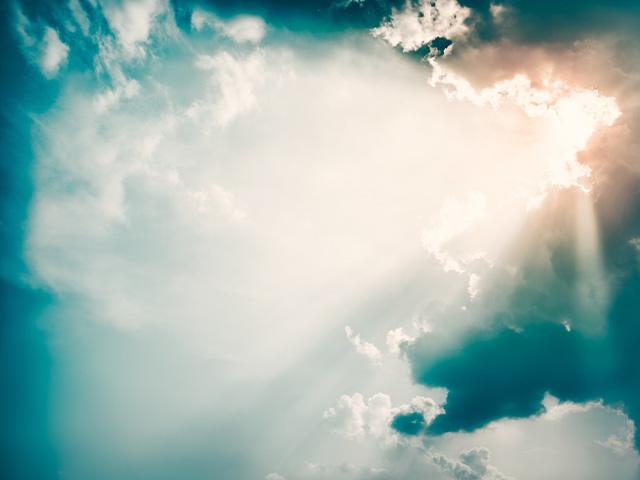 “JESUS WILL ARRIVE IN 3 DAYS” displayed on my vacation rental manager app. I smiled. I never had a guest with the first name Jesus before. The message sparked my imagination.

What would I do if I knew Jesus Christ, my Savior, was returning in three days? [Please forgive the break from reality – I know none of us will know ahead of time (Matthew 24:36).]

Imagine with me — Jesus arrives in three days. My first reaction is joy. I’m going home. I will be with Jesus, my closest friend! God’s son who suffered torture and death to bear the penalty for my rebellious sinful life is coming to get me. The faithful one who stayed with me in times of deep sorrow, who carried my burdens and changed my life for the better is on his way. I will be taken away from this place riddled with death, hatred, evil, and unfairness. The epic day, the huge change in life as we know it, is happening in three days.

Amid all my exciting visions of trumpets blasting, the sky filled with angels, and praises to the Lord Jesus coming from all those around me who are being drawn to him, I hit a moment of despair.

What about those who never believed they were sinners? Those who never reconciled with God the Father? I know some of them. I love them. Their future will be much different. They will receive God’s judgment for their sins. They didn’t believe the Father loves them. They only believed what they thought was right. They never humbled themselves to God and admitted they had sinned against the great I AM. They thought it was all foolishness. They didn’t believe they needed forgiveness or mercy. And now, in three days, their souls will be forever separated from Almighty God and headed for hell. They will be judged. And the prince of this world, Satan, will laugh at them and torture them forever … there will be screaming and crying and begging for mercy.

My spirit grieves for them. All of a sudden, I’m not elated anymore. Time’s up. The judgment is coming. In three days.

It’s not enough time. I don’t want anyone to spend eternity separated from Father God and suffering in hell. And, the truth is, it could be today.

But when we die we will be face-to-face with Christ, the One who experienced death once for all to bear the sins of many! And now to those who eagerly await him, he will appear a second time; not to deal with sin, but to bring us the fullness of salvation. (Hebrews 9:28 TPT)

Lord, please help us to remember those who are lost and spend the rest of our time here doing all we can to be vessels that you will use to build your kingdom. Help us to live so surrendered to you that others want to know you because they are attracted to the light of your great love. The signs are everywhere that your return is soon. Please pour out your spirit. Have mercy on us, oh Lord.

How Can I Hear From God?

My wife says sometimes I talk too much.

It’s a little embarrassing to admit, but I know it’s true. If you have a pulse, I can and will talk with you. A lot.

“You need to give others a chance to talk and just listen,” she’ll tell me.

This is good advice for having a conversation with a friend, coworker, or stranger. I mean, it’s a basic social norm and a common courtesy that one acquires by the age of 5. It’s important to listen to others. To give others a chance to speak and share. To give each other a turn to talk.

But it’s also good advice when it comes to prayer and talking with God.

To give Him a turn.
To give God a chance to speak.
To listen to Him.

While many of us, especially us extroverts, are good at talking with people, we often struggle when it comes to speaking with God. Prayer can be overwhelming for many because we don’t know the words to speak. That said, when it comes to prayer, the most important part isn’t speaking. It’s listening!

Listening and giving God a chance to speak isn’t just good advice, it’s necessary and vital to having a true conversation with God.

Now, we can hear from and listen to God at any place and at any time, but we must know what the voice of God sounds like.

The best place to start knowing His voice is by opening up the B-i-b-l-e. #SundaySchool. By seeing His words come alive. As we read, we come to understand the character and heart of God. We come to know His promises and truths. His ways. We see what God has said in the past, which gives us a good idea of what He’ll say to us today. And what He won’t say to us. We come to know what His voice sounds like.

Unlike we naturally assume, when God speaks in the Bible, it’s often not in a loud booming voice from heaven that stops traffic. Instead when God speaks, He does so using a still small voice.

Instead of brashly breaking into our lives, He stands at our front door and gently knocks.
Instead of shouting when we don’t listen, we’re told that He draws us to Himself with His kindness, not His anger.

When it comes to hearing from God, often the main question that we need to answer is the most basic one: Do we want to hear from Him?

If we do, we need to give God the space and room to speak.

More practically, invite God to speak and then be quiet.
Turn off the noise. Instead of checking Twitter between meetings, be still for three minutes and listen.
Get into the Bible. Again, we have to be able to recognize God’s voice if we want to hear it.
Declutter your life. Is every ounce of your day full (including every evening and weekend)? Good luck hearing from a God who whispers and quietly knocks.

If we want to hear from God, we need to give Him time.

Time to share.
Time listening.
Time and availability to speak into our lives.

Jesus about his Father’s business

“Jesus saith unto them, My meat is to do the will of him that sent me, and to finish his work.” John 4:34

Satan took him to the brow of a hill, and offered him all the kingdoms of this world—a mightier dominion even than Caesar had—if he would bow down and worship him. That temptation was substantially repeated in Christ’s life a thousand times. You remember one practical instance as a specimen of the whole. “They would have taken him by force and would have made him a king.” And if he had but pleased to accept that offer, on the day when he rode into Jerusalem upon a colt, the foal of an ass, when all cried “Hosanna!” when the palm branches were waving, he had needed to have done nothing but just to have gone into the temple, to have commanded with authority the priest to pour the sacred oil publicly upon his head, and he would have been king of the Jews. Not with the mock title which he wore upon the cross, but with a real dignity he might have been monarch of nations. As for the Romans, his omnipotence could have swept away the intruders. He could have lifted up Judaea into a glory as great as the golden days of Solomon: he might have built Palmyras and Tadmors in the desert: he might have stormed Egypt and have taken Rome. There was no empire that could have resisted him. With a band of zealots such as that nation could have furnished, and with such a leader capable of working miracles walking at the head, the star of Judaea might have risen with resplendent light, and a visible kingdom might have come, and his will might have been done on earth, from the river unto the ends of the earth. But he came not to establish a carnal kingdom upon earth, else would his followers fight: he came to wear the thorn-crown, to bear our griefs and to carry our sorrows.

For meditation: Of what profit would it have been to any man, if Christ had gained the whole world and lost all our souls?

“Now we see in a mirror dimly, but then face to face; now I know in part, but then I will know fully just as I also have been fully known.” – 1 Corinthians 13:12 NASB

Christopher Columbus sailed westward from Spain, hoping to reach the Far East. He reached new lands but not his original destination. Ferdinand Magellan and others later proved China could be reached by sailing westward but the route was long and perilous.

Many, like John Cabot, believed there was a shorter route, a northwest passage through or around North America. It was on this day in 1496 that Cabot was commissioned by England’s King Henry VII to explore the new world, hoping among other things to find that passage.

Risks were high, and Cabot was forced to rely on incomplete maps, drawn largely out of speculation. Like many other voyages of his time, the result was a failure.

Gradually, maps became more accurate. Finally in 1854, the Northwest Passage was discovered – but by land. The sea route was not discovered until 1906. Cabot would have been surprised to learn that the passage was located north of the Arctic Circle – not where he expected it to be.

In similar ways, we all depend upon various maps to chart our way. But all human maps are incomplete and flawed. As Paul wrote, we just “know in part” and see things imperfectly. But God has given us the Bible, a timelessly true map, packed with principles to help us make decisions.

Depend on the sure map that can guide you. Know the Word. Study the Word. Live by the Word.