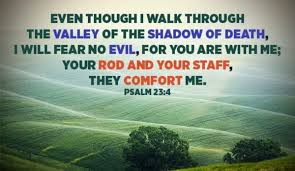 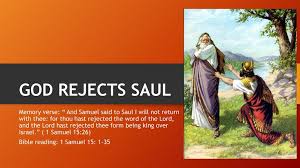 A story that haunts me is Jesus’ encounter with a nameless, wealthy young man as he made his final journey toward Jerusalem.

Here was an important civic leader, a youthful climber with a prestige, bearing, and bank account that would have been the envy of many older men in Judea. But there was a hollowness in his chest that led him ever so close to the God adventure of a lifetime.

For all his status and personal wealth, this man had a hungry heart. The gospel of Mark tells us that he ran to Jesus, falling on his knees in the dust before him. You know the story. He asked Jesus what he had to do to inherit eternal life. He knew the commands, and he’d kept them all since he was a boy.

But there was something more, and he knew it. He deeply wanted that something. But with all his heart? Not quite.

Mark tells us that Jesus looked at him and loved him.

“One thing you lack,” he said. “Go, sell everything you have and give to the poor, and you will have treasure in heaven. Then come, follow me.” (Mark 10:21)

It was a wide-open invitation into a God adventure from the lips of God’s Son. “Your mission, should you choose to accept it….” We know that he didn’t accept the mission. We know that he “went away sad.” The original language seems to indicate that this was something more than feeling a little down. He grieved. His heart was very heavy. Everything in him told him he was making a wrong choice…but he made it anyway. Jesus wasn’t asking him for his money. He wanted to change his identity. He was inviting him into a new way of life. It’s quite a picture isn’t it? That invitation is still extended to each of us today.

But what if he’d made a different choice? What if this young man whom Jesus loved so dearly had taken a deep breath, agreed to the Lord’s terms, went back to his beautiful villa and sold everything he owned, except the clothes on his back. What if he had turned those assets over to a steward with the instructions to distribute everything, right down to the last denarius, to the poor people in towns and villages across Judea. Then, let’s imagine he came running back to Jesus, fell at His knees again, and said, “Teacher, it’s done. Everything’s gone. Everything’s sold. Lead me, Lord!”

What would his life have been like from that point on?

We can’t know that, of course. Since we’ll never know…the wise choice is to always follow God, no matter what He asks, no matter where He leads. Even if it’s to a cross.

But we had hoped that he was the one who was going to redeem Israel. Not only this, but it is now the third day since these things happened (Luke 24:21).

I have always felt so sorry that in that walk to Emmaus the disciples had not said to Jesus, “We still trust”; instead of “We trusted.” That is so sad—something that is all over.

If they had only said, “Everything is against our hope; it looks as if our trust was vain, but we do not give up; we believe we shall see Him again.” But no, they walked by His side declaring their lost faith, and He had to say to them “O fools, and slow of heart to believe!”

Are we not in the same danger of having these words said to us? We can afford to lose anything and everything if we do not lose our faith in the God of truth and love.

Let us never put our faith, as these disciples did, in a past tense—“We trusted.” But let us ever say, “I am trusting.”
—Crumbs

The soft, sweet summer was warm and glowing,
Bright were the blossoms on every bough:
I trusted Him when the roses were blooming;
I trust Him now…

Small were my faith should it weakly falter
Now that the roses have ceased to blow;
Frail were the trust that now should alter,
Doubting His love when storm clouds grow.
—The Song of a Bird in a Winter Storm

Numbers 12:1-3 (NIV) 1Miriam and Aaron began to talk against Moses because of his Cushite wife, for he had married a Cushite. 2“Has the LORD spoken only through Moses?” they asked. “Hasn’t he also spoken through us?” And the LORD heard this. 3(Now Moses was a very humble man, more humble than anyone else on the face of the earth.)

Moses family didn’t approve of his marriage. We don’t know what happened to Zipporah, his first wife. The new wife was an Egyptian, probably one of the multitude that came out with the Israelites to worship the God of the Hebrews. I think Moses was big enough to make his own decisions, and godly enough not to be second-guessed. The real issue is leadership. Who has the final say? “Shouldn’t we vote on whether or not this is the right decision? God speaks to us too! Why should he remarry at his age (80+yrs)?”

Yes, He does speak to them. We just saw in the last chapter how His Spirit was placed upon the elders. The question remains, who will have the final say? It is a power struggle, and not the last one we will see in the desert. The power belongs to God. He’s in charge. He is leading through his servant Moses, but helping him with the elders. This most humble of men does not defend himself and his decision to marry, but God will defend him.

We can know that if we are walking with the LORD, in humble submission to Him, that we need not defend ourselves. The office of the prophet as the intermediary between God and man has since ceased (Luke 16:16). The Holy Spirit communes with each of us, and we have His Word. Still, the principle is the same. We will often be questioned, and sometimes our whole family will be against us (Matthew 10:36). We should know that we need not argue our case. If it is a righteous decision, the LORD will defend us. If it is not a godly decision, we will see by the fruit and learn from our mistake. That is genuine humility.

Meditation: Can I trust God to defend my godly decisions?

Moses had no doubts. He had no hidden motivations or secret agendas. He really had heard from God. This was not a personal matter. He simply was delivering God’s message: “Let My people go” (v. 3).

But Pharaoh was not convinced. He accused the Israelites of being lazy (Exodus 5:8). To Pharaoh, Moses’ request was a spiritual attack. His perception was that they were motivated by evil. He thought it represented a rejection of Egypt’s fundamental beliefs. He felt his conclusions were justified, certain he was defending their way of life.

In some ways, Pharaoh was right. This was a spiritual issue, a conflict between the one true God and the gods of Egypt. To agree with Moses’ request was to acknowledge that the Israelites were right that their God was more powerful. To reject Moses’ request continued the argument that the Egyptian gods represented the correct religion.

Similarly, we should not be surprised when people in the world develop their own perceptions of our beliefs about God and the Bible. They think differently about what it means to be born again and follow Jesus. They may project their philosophy and develop explanations that make sense to them. From their point of view, our actions may be contrary to their best interests – even wrong.

Ask God to help you be sure about what you believe. Be confident in your relationship with Him. Stand on His Word. Don’t compromise.