When What God Gives Isn’t Enough … Or Is It? 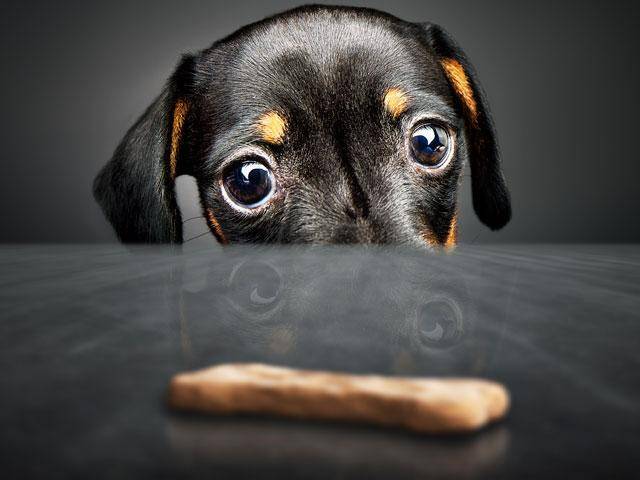 Luke 17: 11-19 tells the time Jesus was traveling and entered a village when ten lepers approached him. They begged Jesus to have mercy on them.

As they went on their way, the Bible tells us they were cleansed.

While it is interesting to note they were not immediately healed upon their first petition, it is clear healing began the minute they encountered Jesus. Ultimately, all ten were healed, however only one of the men came back to thank Jesus. Not only did one come back, but the passage tells us he shouted his thanks and fell on his face at Jesus’ feet.

What happened to the other nine? Were they upset the healing wasn’t instant? Were they disappointed they had to go and show themselves to the priests? Maybe being cleansed wasn’t enough. They wanted more! Perhaps they, like many of us, simply forgot they asked Jesus for help, therefore forgot to thank Him. How many times have your prayers been answered, and you forgot to circle back and thank God?

We don’t know for sure, but we do know Jesus was not thanked for healing the nine. It is hard to condemn the nine lepers when I think of the many times I have forgotten to thank God when He promptly answered prayers and the many times I am not satisfied with His provision and want more!

I pray for healing for myself or others. I beseech God to help me or a friend or family member out of a situation. I beg for grace or cleansing. Time goes by, and sometimes I forget I asked. Sometimes when the answer doesn’t come immediately or the way I expect, it is out of my head. Not only do I forget to thank God, often, I find myself asking for more!

I remember a time when our third daughter, Riley, was just learning to talk. Her vocabulary was still limited, but she could convey her needs quite clearly. One morning I had to help with a project at our older daughters’ school. Riley had to come with me, and in my rush to get all of us to the school she missed a complete breakfast. My meetings went longer than expected, and I neglected to pack snacks to hold her over until lunch. Over and over she said, “Eat!” “Eat!” Unfortunately, I didn’t have my purse so I didn’t have cash.

I remembered my sentimental silver 50-cent piece. Years before, my father had given it to me, and I kept it tucked away in a special compartment in my car. As I vacillated between parting with my beloved possession and my beloved daughter’s wellbeing, I reluctantly decided I had no choice but to spend my 50-cent piece on a package of crackers!

Riley was satisfied and while she didn’t quite have the words to thank me, I knew she was grateful. That is until half way through her first cracker, the next word came out of her full mouth, “Juice!” “Juice!”

Like my daughter, why am I always asking for more? Why do I forget to be thankful? Why can’t I be satisfied and grateful for the abundant blessings God has provided?

My desire is to be like the man who shouts my thanks and falls on my face at Jesus’ feet! I pray I will be mindful of the psalmist’s words,

“Acknowledge that the Lord is God! He made us, and we are His. We are His people, the sheep of His pasture. Enter His gates with thanksgiving; go into His courts with praise. Give thanks to Him and praise His name.” Psalm 100: 3-4 NLT

Today’s verse hangs on a board on the wall of my son. But years ago, long before my son was even an inkling, I came across that verse as I was sending my own father one of many letters I composed over the years to share with him the importance of salvation, and the value of life in Christ. My sister, mother, and I came to know the Lord in 1980, but it took another 17 years, seven months, and 26 days worth of praying, heart softening, and brokenness for Dan McEvoy to surrender.

And it wasn’t this letter or the above verse that pushed him into it. No, this letter I was writing simply to tell him how blessed I was to have begun dating a woman (who eventually became my wife) for whom faith came first, and I was giving God all the glory and credit and all that good stuff, and probably telling him how God delights in blessing those who trust in Him.

With the letter I enclosed a quick-and-dirty page of graphic art involving the aforementioned verse from Corinthians in some fancy font, with a clip-art picture of a sailboat, kind of as a visual aid to my letter, indicating, I suppose, what it was like for the man of God to live in this world under the Captaincy of Christ.

Well, so. After he died in 2001, I found that letter and piece of “art” in my father’s desk, looking as if it had been read and glanced at often. Something in me knew then that if I were ever to have a son, I’d commit to raising him to manhood under these same five principles:

So when Jordan was born, and we had the dedication service at our church, that’s the verse we selected to have read. When he was about two-and-a-half, he started reciting it by memory and making up arm/hand motions to go with it. We call it our “Man-Creed.”

But here’s the secret: these couple verses from the closing of Paul’s first letter to Corinth aren’t first-and-foremost for Jordan… they’re for me.

When I first realized that, it caught me, ironically enough, “off my guard.” I had been more than happy to tell my own father how to “be a man,” and was perfectly willing to raise my son to be one according to the Word. How, I wonder, did I intend to do so without living out the credo, making it my own?

Believer! What a glorious assurance! This way of thine–this, it may be, a crooked, mysterious, tangled way–this way of trial and tears. “He knoweth it.” The furnace seven times heated–He lighted it. There is an Almighty Guide knowing and directing our footsteps, whether it be to the bitter Marah pool, or to the joy and refreshment of Elim.

That way, dark to the Egyptians, has its pillar of cloud and fire for His own Israel. The furnace is hot; but not only can we trust the hand that kindles it, but we have the assurance that the fires are lighted not to consume, but to refine; and that when the refining process is completed (no sooner–no later) He brings His people forth as gold.

When they think Him least near, He is often nearest. “When my spirit was overwhelmed, then thou knewest my path.” Do we know of ONE brighter than the brightest radiance of the visible sun, visiting our chamber with the first waking beam of the morning; an eye of infinite tenderness and compassion following us throughout the day, knowing the way that we take?

The world, in its cold vocabulary in the hour of adversity, speaks of “Providence”–“the will of Providence”–“the strokes of Providence.” PROVIDENCE! what is that? Why dethrone a living, directing God from the sovereignty of His own earth? Why substitute an inanimate, death-like abstraction, in place of an acting, controlling, personal Jehovah?

How it would take the sting from many a goading trial, to see what Job saw (in his hour of aggravated woe, when every earthly hope lay prostrate at his feet)–no hand but the Divine. He saw that hand behind the gleaming swords of the Sabeans–he saw it behind the lightning flash–he saw it giving wings to the careening tempest–he saw it in the awful silence of his rifled home.

“The Lord gave, and the Lord hath taken away; blessed be the name of the Lord!” Thus seeing God in everything, his faith reached its climax when this once powerful prince of the desert, seated on his bed of ashes, could say, “Though he slay me, yet will I trust him.”
–Macduff

God be merciful to us and bless us … That Your way may be known on earth … Let all the peoples praise You. Oh, let the nations be glad and sing for joy! For You shall judge the people righteously, and govern the nations on earth.” – Psalm 67:1-4 NKJV

The psalmist was honest. He asked God to be merciful, bless His people, and cause His face to shine upon them. They depended on Him to bless them, provide for them, and meet their needs.

But there was another perspective. His actions provided a testimony and a witness. Through His mercy and blessings, God became known throughout the world. His actions demonstrated that His ways are true. He showed that He really could provide salvation. Regardless of how things appeared on the surface, God will provide justice and righteous judgment. He ultimately will “govern the nations on earth.”

The realization of God’s presence and sovereignty should fill us with praise. Knowing that He is in control should relieve our burdens and encourage all of us to praise Him, to “be glad and sing for joy!”

Praise for His mercy and blessing is a central part of our testimony. Yes, we desire God to meet our needs, but we also are to become testimonies for others, so through our lives, others would see the wonderful things that He has done. Others need to see the truth of His promises, why we can trust Him, why we don’t need to carry our burdens or live in fear, and why we truly can shout for joy.

May the way we live show others why they should commit their lives to Him to know Him and serve Him.