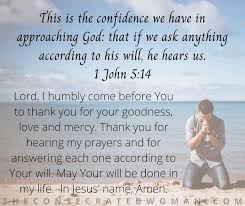 In my distress I called to the Lord; I called out to my God. From his templee heard my voice; my cry came to his ears. (2 Samuel 22:7 NIV)

The cries that awaken a mother in the middle of the night are many and varied.

There’s the cry that says, I’m feeling a little lonely; it would be nice to see your face. Another cry says, Something disturbed me. I don’t like it, and I think you ought to know about it. My diaper’s wet or my tummy’s hungry.

And then there’s the cry that could raise the dead. You know, the one that jerks you upright and on your feet even before your eyes are open.

A weekend with my granddaughter, Lauren, allowed me to experience all three of these cries. I was visiting for the weekend and offered to babysit so my daughter and son-in-law could have an evening out.

Following their usual bedtime ritual, I bathed Lauren, read her a bedtime story, and tucked her into bed. An hour or so later, I heard her whimper. Tiptoeing to her room, I peeked in to check on her. Apparently she had lost her pacifier and was rustling around in search of it. I watched her find it in the semi-darkness, slide it into her mouth, and drift off to sleep again.

Later that night, after I had gone to bed, I again heard a cry from her room. I tiptoed to the door to check on her. Although her cries were louder than before, she settled down in a few minutes with no intervention from me.

At 5 a.m., however, it was a different story. Shrill screams pierced the air, causing me to sit straight up in bed. My daughter, now home and asleep, responded instantly, but it took several minutes before Lauren’s cries subsided.

Wise parents learn to distinguish between the cries that warrant immediate attention, the ones that need monitoring, and those that are best ignored.

But regardless of the reason, mothers hear every cry. Their ears are attuned to the sound of their babies’ voices, and their hearts are knit together.

God the Father is the same way. David describes God’s responsiveness in 2 Samuel 22:7:

“In my distress I called to the Lord; I called out to my God. From his temple he heard my voice; my cry came to his ears.”

God also responds to our cries for help. Psalm 91:14 reads,

“‘Because he loves me,’ says the Lord, ‘I will rescue him; I will protect him, for he acknowledges my name.’”

At times, however, in his infinite wisdom, God chooses not to respond to our requests immediately. Perhaps He knows we need to learn lessons or develop skills. Maybe He knows our faith muscles need strengthening or that waiting for His response will help develop our character. He knows that persevering in faith, even when we can’t see God at work, makes us stronger.

Uncommon Thought
If you’re crying out today, be comforted and encouraged by the knowledge that God hears every cry and always responds in a timely manner in the way that is best—because He loves you.

Unusual Faith
Has there been a time when God seemed deaf to your cries, but later you saw how He was working on your behalf? You can trust God for the present situation based on His faithfulness in the past. Cry out to Him, tell Him your needs, and watch to see how He responds.

God Sees and Hears You 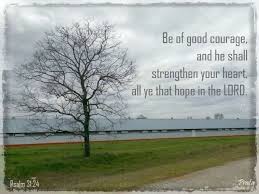 Sitting on the bathroom floor with mascara-streaked cheeks, I sobbed. “Lord, do You even care about my problems?”

As soon as the words left my lips, guilt overcame me. Women who want children suffer from infertility, people who need paychecks lose their jobs, and the homeless who need beds sleep on the streets. Meanwhile, I bemoaned a child who wouldn’t sleep through the night, a husband who worked late into the evening, and a messy house that seemed impossible to keep organized and tidy.

No doubt my moments of distress pale compared to that of most people, but does that mean God cares less about them or about me? Does He view me as whiny and selfish because I express discontentment or cry out for solace in circumstances that cause me angst?

When I find myself discouraged and disheartened, I open the book of Psalms. Over 70% of the book depicts woe and lament, a passionate expression of grief or sorrow. Centuries before the famous blues musician B.B. King lived, there was David, a veritable “King of the Blues.” Reading through the Psalms feels like reading David’s diary. It reveals David’s unedited, unfiltered relationship with God, riddled with the highest of highs to the lowest of lows.

Psalm 40 provides an intimate look at David’s beseeching the Lord to save him and God’s loving and compassionate response: “I waited patiently for the LORD; he turned to me and heard my cry” (Psalm 40:1). David further states that God lifted him out of a “pit of destruction” and “miry bog” and set his feet upon a rock, making his steps safe and secure (ESV).

Instead of simply thanking the Lord and moving on, David praised God for His faithfulness, righteousness and love in the next 14 verses. David hadn’t just asked God to deliver him on that one occasion; he had implored Him not to withhold mercy and to rescue him time and time again, which God did.

Motherhood had landed me on the bathroom floor, exhausted, depleted and desperate for a break. Feeling trapped, I prayed God would somehow make a way for me to have a few hours to recharge. Alas, the day passed, night fell, and a new morning dawned with the familiar wails of my baby girl.

Except on that morning, my baby was not the only one demanding my attention — my phone was dinging. A lady from church called to invite my daughters over for the afternoon. A few hours later, a friend called to tell me she thought I would benefit from a night that did not involve cooking or cleaning. Then, just minutes later, my husband sent a text saying his afternoon meeting had been canceled, followed by the suggestion I go out with a friend and “take the night off.”

Instantly, I thought, Wow! I can’t believe this is all working out today. What luck! It wasn’t luck. It was a gracious heavenly Father who heard my cries and orchestrated a way to lift me out of my “miry bog.”

Friend, I don’t know what weighs on your heart, but I am confident in this: God knows you, and He cares about you, including all of your burdens, heavy or light.

Our heavenly Father created us for fellowship. He loves us and desires an intimate relationship with us. He delights in our singing, praising and shouting thanksgiving to Him, but He also wants us to go to Him when we are hurting, upset and dismayed by life. Call on the Lord; He sees and hears you.

Few things can be as frustrating or make us feel as foolish as recognizing we aren’t being heard. It’s the reason we cringe when customer service transfers us for the sixth time, and it’s the reason many of us struggle with prayer. We pour our hearts out to God, but we wonder:

Is God listening?
How do I know He heard me?

Daniel can relate. When Daniel found himself in a difficult situation, he humbled himself and prayed. When Daniel didn’t get an immediate answer, he fasted and prayed some more. It wasn’t easy, but Daniel kept calling out to God the same way we keep calling back when an important call gets dropped.

The difference between calling God and calling another person is that God never loses touch with us. God’s messenger reassured Daniel that God heard every word and started working in Daniel’s life the moment he cried out (Daniel 10:12-13).

God always hears our prayer.  Fighting through the frustration and persevering in prayer is not about getting God’s attention; it’s about Him getting ours. With each prayer, we remember where our help comes from and we make space to hear from the Lord.

God is working and we can trust Him, even when it seems like nothing is happening. Take heart in knowing God hears you and is working all things, even the hard things, together for your good (Romans 8:28).

“Get from them a staff for each father’s household … for there is to be one staff for the head of each of their fathers’ households.” – Numbers 17:1-2 NASB

Life for the Israelites in the wilderness was difficult with a constant series of challenges. Certainly, many opinions became public and caused divisions.

One dispute took place when many grumbled after hearing the spies’ report about the Promised Land. They grumbled again after God declared that, because they lacked faith, they would not enter the land. They even decided to appoint a new leader and suffered a tragic defeat.

Later, Korah and other leaders rejected the leadership of Moses and Aaron. But God judged these men and the earth swallowed them and their families. Once again, some complained, resulting in a deadly plague.

As one final demonstration of God’s authority, each tribe was to bring a rod with its name. All twelve rods were placed in the tent of meeting. God decreed that “the staff of the man whom I choose will sprout” (v. 5). The next day, Aaron’s rod sprouted. Clearly Moses and Aaron were His chosen vessels.

Through His Word, God continually demonstrates that each person has a special calling, including leaders. We are like a body. Each person has a different function, each of which is important. Our task is to fulfill the role to which we are called and work together as a body (1 Corinthians 12:14-20).

Ask God to confirm your role in the body. Seek to fulfill His call on your life. Support others and help them fulfill God’s call on their lives.

Because you know that the testing of your faith produces perseverance.
James 1:3
DailyVerses.net