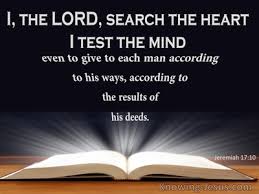 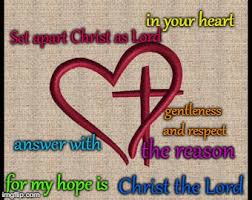 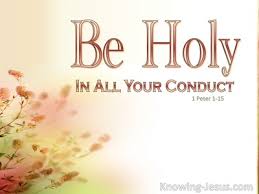 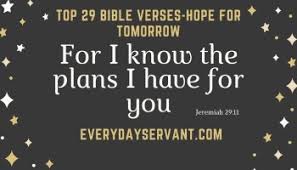 A Heart That Is Set Apart for God

The Lord impressed upon me to consider writing an article on being “set apart for God.” I asked a few of my co-workers what they thought it meant and here are a few of their thoughts on the meaning of being set apart for God:

Personally, I agree with all of the above. In my 50 years of living on this earth, I have spent 43 years as a Christian. From the very beginning, I have felt called to be separated unto God. My desires were to please God. I did not always succeed, but my heart was for God.

If I get off track, God always gently guides me back onto the path He has chosen for me. In 1 Thessalonians 4, Paul tells us that we should live a life pleasing to the Lord. In verse one, Paul encourages us to live it even more than before. A few verses later, 1 Thessalonians 4:9 instructs us to love our Christian families and Christians around us. He exhorts us to love them even more.

“So we should not be like other people who are sleeping, but we should be alert and have self-control. … We should wear faith and love to protect us, and the hope of salvation should be our helmet.”

Later, in 1 Thessalonians 5:13-22, we get these insights: Live in peace with each other, warn those who do not work, and encourage the people who are afraid. Help those who are weak, be patient with everyone, be sure that no one pays back wrong for wrong, but always try to do what is good for each other.

Further instructions are to always be joyful, pray continually, give thanks for whatever happens, do not hold back the work of the Holy Spirit, do not treat prophecy as if it were unimportant, but test everything. Keep what is good and stay away from everything that is evil.

If we are set apart to do the work of the Lord, then we will not have time to get into trouble; especially if our hearts are set on pleasing God. We should be working on being full of the fruit of the Spirit and telling people about the message of the Gospel of peace. That alone is a full-time job.

And, as Paul ends his letters in 2 Thessalonians 3:16,

“Now may the Lord of peace give you peace at all times and in every way. The Lord be with all of you.”

“May the LORD reward you for your work. May full pay be given to you from the LORD, the God of Israel. It is under His wings that you have come to be safe.” Ruth 2:12 (NLV)

When life gets messed up, it is only natural to feel like God is overlooking our sufferings and not at work in our lives. But believing God doesn’t care can blind us to where He is working, or we can attribute His goodness to nothing more than good luck.

In the book of Ruth, we read how Naomi struggled to see God at work in her life due to the onslaught of losses and disappointments she had endured. She had to leave her home due to a famine and move to another city. Then, she lost her husband, two sons, friends, wealth and financial security. Her heart became bitter and her faith, shaken. She believed her life was permanently void of good things and felt all she had was bad luck. Yet, despite her negativity and lack of faith, God had awesome plans for her life.

When good things finally did start happening after a long season of suffering, I can’t help but wonder if Naomi chalked them up to happenstance rather than giving credit where credit was due. It would have been easy because her heart was heavy, her faith weak and her spirit crushed. Yet, as you read her story, it’s obvious there was a good God orchestrating a divine plan.

We read in chapter one that Naomi and her daughter-in-law Ruth arrived back in Bethlehem just in time for the beginning of the barley harvest. Good luck? No, a good God with perfect timing. The harvest was God’s plan for meeting their physical needs for food and protection from harm.

In Ruth 2:1, we find Naomi had a wealthy and influential relative named Boaz. Good luck? No, generations of planning by a good God to open doors of opportunity and provision for them. In Ruth 2:2-3, Ruth goes to pick up leftover grain in the fields, and “As it turned out, she was working in a field belonging to Boaz” (NIV). Was it just good luck she ended up in Boaz’s field, of all fields? No, it was a good God going before her and guiding her steps.

Ruth 2:12 reminds us of God’s goodness: “May the LORD reward you for your work. May full pay be given to you from the Lord, the God of Israel. It is under His wings that you have come to be safe” (NLV). And the rest is history.

Boaz later married Ruth, and they have a son together, giving Naomi a new son-in-law and a precious grand-bundle of joy. He purchased Naomi’s land and secured her financial well-being. These were all divinely planned gifts from God, not just good luck. Gifts of restoration and blessing, in His perfect timing, according to His perfect plans.

As for me, I have seen God at work, and His restoration plans for my life play out day by day. I can look back at so many good things that have happened over the past few years and can’t help but smile … because I see God’s miracles, not just streaks of good luck.

Although many areas of my circumstances are not yet restored, and life is often still hard, I now realize God did something even better than I could have imagined. He’s healed my heart and restored my strength, peace, hope, faith and joy — just as He did for Naomi and Ruth, and just as He wants to do for each of His children.

There’s no such thing as chance-happenings, my friend, only God-happenings, because Scripture reminds us God has His hand in all matters under the sun. Remember: God is always in control, working behind the scenes to orchestrate good plans for our lives. This not only gives us great hope, but also equips us to live with joy — despite whatever life throws at us. 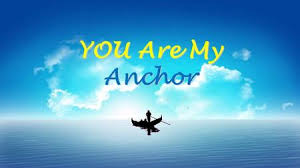 “The LORD spoke to Moses in the tent of meeting in the Desert of Sinai on the first day of the second month of the second year after the Israelites came out of Egypt. He said: ‘Take a census of the whole Israelite community by their clans and families, listing every man by name, one by one.’” Numbers 1:1-2 (NIV)

One of my college summer jobs was at a retail clothing store. There were many fun parts about it, but my least favorite task was taking inventory.

When the manager told the employees it was time to do inventory, my internal groan was loud because we had to count everything in the store and record it. The store sold baby clothes, so counting socks, onesies and tiny outfits became tedious. Though menial and boring, taking stock of inventory was necessary in order to assess losses and prepare for a new line of clothing.

There are many tedious but necessary tasks in our adult lives as well. For instance, before making a weekly grocery list, we check our fridge and pantry to see what we already have and what we need; otherwise, we might end up with more gallons of milk than we have room for. And it’s necessary to closely assess our finances before making an expensive purchase.

Sometimes, the tasks that seem the most menial are the most important in preparing us, giving us knowledge and — as we see in today’s Bible story — filling our hearts with hope.

In the first chapter of the book of Numbers, we find God asking Israel to take a census of the people who had come out of slavery in Egypt: “The LORD spoke to Moses in the tent of meeting in the Desert of Sinai on the first day of the second month of the second year after the Israelites came out of Egypt. He said: ‘Take a census of the whole Israelite community by their clans and families, listing every man by name, one by one. You and Aaron are to count according to their divisions all the men in Israel who are twenty years old or more and able to serve in the army’” (Numbers 1:1-3).

God didn’t ask His people to crunch the numbers regarding how much clothing, gold or food they possessed. Instead, He told them to count the people. The Lord was preparing Israel to take the land He had promised them (Canaan). He wanted them to know their military strength and have everyone organized. And as they faced this next step that would require great faith, maybe God also wanted them to remember just how many of them He rescued from Egypt.

While I still believe God cares about relationships more than anything else, I am learning He uses numbers for His purposes. After all, He counted His people (Numbers 1:46), knows the number of hairs on our heads (Matthew 10:30) and records the number of our tears (Psalm 56:8).

While God asked Israel to count to bolster their faith, I tend to crunch numbers on my problems, which often has the opposite effect. I add up the number of people bringing me frustration, the number of times I have to nag family members to follow through or the number of items on my to-do list I don’t have time to accomplish. Do you, like me, struggle with counting problems rather than provisions?

Having the people of Israel take stock of their resources was one way God prepared them to appreciate what they had rather than focus on what they didn’t have. It also served as an exercise to grow their faith in Him as He led them into the promised land. We, too, can crunch the numbers and realize God has placed people in our lives to help us fight our battles, and He’s with us through every battle as well. Let’s take stock today, praising Him for not only what He’s given us, but also who He is to us.

Do not work for food that spoils, but for food that endures to eternal life, which the Son of Man will give you. For on him God the Father has placed his seal of approval.
John 6:27
DailyVerses.net