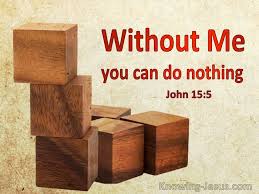 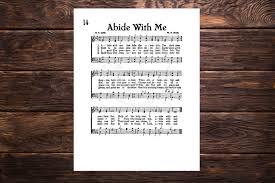 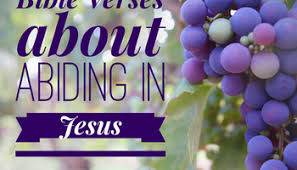 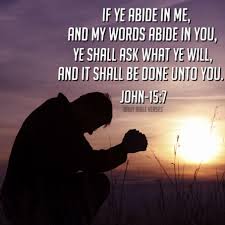 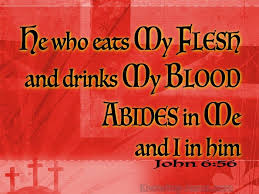 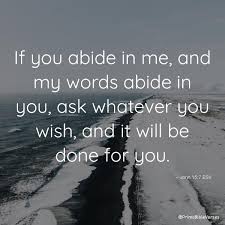 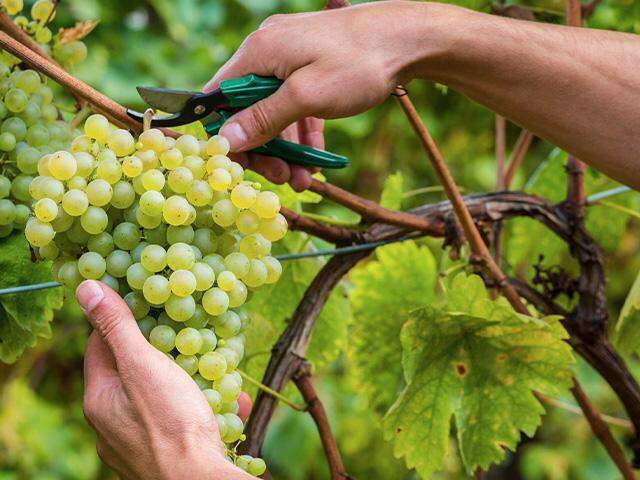 My friend has grapevines on the fence in the backyard of his Mom’s house. The vines have completely intertwined with the fence and are literally all over the place. The grapes are beginning to die off and are in need of pruning.

“Abide in Me, and I in you. As the branch cannot bear fruit of itself, unless it abides in the vine, so neither can you unless you abide in Me.” (NASB)

I thought it was a good passage to start my day with. I set it down and began reading my regular devotional book. I had not gotten very far down the page when I read the scripture for the day. It was John 15:4. I stopped to read the small booklet again, and sure enough, it was the same passage. God must be trying to tell me something.

My life has been like the grapevines on the backyard fence lately. Twisted, going every which way but the way it should be. God has been gently pruning my life. He has been getting rid of those things in my life which distract me and take away from the Joy of life in Jesus. Worry and stress have robbed me of my Joy in so many ways. The more time I spend worrying, the less I get done. The less I get done, the more stressed I get and the more I worry. My life has become twisted and unruly.

In an attempt to get things done I made a schedule. I created a list of things that must be done each day, and the time frame for them to be completed. While being organized is a good thing, it can distract me from what is most important. Spending time with Jesus in the Word is more important than getting my schedule done. So, I have loosened the strings on my tight schedule. Now, I have a list of what needs to be done and am asking God to show me what HE wants me to get done today. It helps me to be more relaxed, which in turn helps me to be more productive.

Control is one of the branches on my grapevine which needed to be pruned. I like to have control of things in my life, but I have a tendency to overcontrol every area of my life. Unless I abide in Jesus and let Him have control, my life will be a mess.

The more time I spend with Jesus the better my life is. When I open my day with Bible study, prayer and thanking God for what He has done for me, my problems get smaller and my workload gets lighter. When I let God tell me what He wants me to do today, the more “right” things I get done. Only when I allow God to prune my grapevine, will I continue to grow.

2 Samuel 13:13-15 13What about me? Where could I get rid of my disgrace? And what about you? You would be like one of the wicked fools in Israel. Please speak to the king; he will not keep me from being married to you.” 14But he refused to listen to her, and since he was stronger than she, he raped her. 15Then Amnon hated her with intense hatred. In fact, he hated her more than he had loved her. Amnon said to her, “Get up and get out!”

One of David’s sons, Amnon, was lustfully desirous of his half-sister, Tamar. His friend helped him hatch a plot to be alone with her. While Amnon pretended to be sick, he asked for Tamar to come prepare a meal and feed him. Once she brought the food to his bed, he showed what he was really after. Tamar responded wisely with verse 13. If he would act honorably, she would have married him. She asked him the question we should ask ourselves when faced with lust of any kind. What about the people affected? What will be the consequences in their lives? What about ourselves? What will be the full consequences in our own life if we give in to that desire? They had seen their father make this mistake with Bathsheba and saw the consequences. Now Amnon needed to face the truth of what might happen if he went through with his plan, but he would not consider it. He had already determined what he would do.

After raping her, he despised her. The carnal desires will paint a picture of fulfillment that isn’t even close to reality. Tamar’s honorable questions showed how wicked his heart was. He wanted to be as far away from the truth as he could get. The end of the matter will be consequences no one could have imagined.

Consider: Is some desire capturing your imagination? What about the persons involved? What about you? Stop sin before it moves from thoughts to actions!

by Ryan Duncan, crosswalk the devotional

Lately, I’ve been thinking a lot about what it means to be brave. The Bible certainly doesn’t lack for courageous leaders like Moses or fearless warriors like David, but what about those people who showed simple bravery? Esther never led anyone into battle, and as a woman in the ancient world her ability to lead was limited, but when you take the time to study her life you realize how much inner strength she must have had. As a young woman she was taken from her home and thrust into an unfamiliar environment. Later, she was forced to intercede in a murder plot at the risk of her life and the life of her cousin.

Her greatest challenge, however, was when the King’s advisor Haman sought to massacre the Jewish people. Their only hope of survival lay with Esther’s ability to confront the King, an action that could easily get her killed. After all, this was a man who had deposed his old wife on a whim, what would he do to a woman who openly challenged his authority? Reading the verses in chapter 4, I can only imagin how shaken Esther must have been.

Then Esther told them to reply to Mordecai, “Go, assemble all the Jews who are found in Susa, and fast for me; do not eat or drink for three days, night or day. I and my maidens also will fast in the same way. And thus I will go in to the king, which is not according to the law; and if I perish, I perish.” – Esther 4:15-16

We all know how the story ends, the King receives Esther and the Jews are saved from death, but the story of Esther’s courage has remained relevant after all these years. I believe God calls Christians to simple acts of bravery every day of our lives. Whether it’s standing up for someone else, or having the courage to speak out for what we believe, these simple acts have the power to change the world. Don’t be afraid, and don’t be downcast, for God did not give us a spirit of timidity, but one of courage.

“The Holy Spirit will come on you, and the power of the Most High will overshadow you.” — Luke 1:35

The Holy Spirit is extremely creative. And because we have the Spirit in us, we will become creative as well.

The Spirit was creative in the beginning. God spoke the world into existence through his Word, Jesus (John 1:1-3), and with his thoughtful, attentive, creative Spirit (Genesis 1:2). Look around the world at all the variety of plants, the amazing assortment of animals, and the diverse colors and languages of people—and you will see the creative power of the Spirit.

But the Holy Spirit wasn’t finished. The Spirit created a living Messiah in the womb of the virgin Mary. The angel said, “The Holy Spirit will come on you, and the power of the Most High will overshadow you.”

But the Holy Spirit wasn’t finished. The Spirit breathed life back into Jesus’ body on the Sunday morning (Easter) after Jesus’ death on the cross (on Good Friday). Jesus rose in victory over death, and all who believe in him will rise again too—to live with him on the new earth when he comes again (1 Corinthians 15:20-23; Revelation 21:1-5).

The Spirit still isn’t finished today. He is breathing creativity into you and me—creative thoughts to instill new vision into the church; creative words to share the gospel; creative ministries to bring the presence of Jesus into our culture and world.

The Holy Spirit is at work.

“Creator Spirit, by whose aid the world foundations first were laid,” come and pour your joy and creativity on all humankind! In Jesus’ name, Amen.

Like newborn babies, crave pure spiritual milk, so that by it you may grow up in your salvation.
1 Peter 2:2
DailyVerses.net

If you then, though you are evil, know how to give good gifts to your children, how much more will your Father in heaven give the Holy Spirit to those who ask him!
Luke 11:13
DailyVerses.net