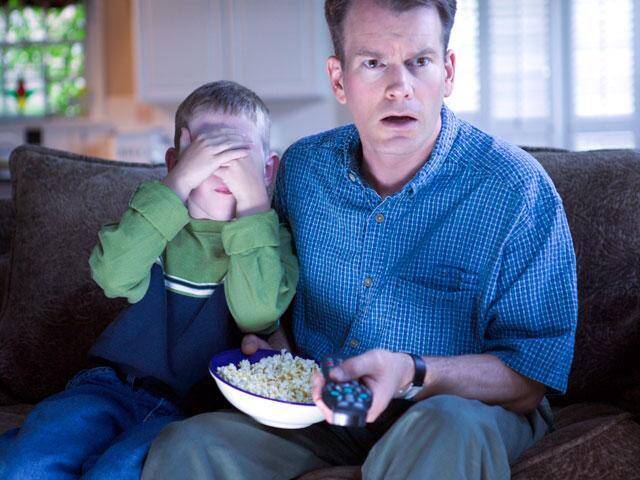 Jesus continued: “There was a man who had two sons. The younger one said to his father, ‘Father, give me my share of the estate.’ So he divided his property between them.” Luke 15:11-12 (NIV)

All fathers are a work in process — none perfect, no not one. Boy, do I still feel this — even though my oldest child is 33-years-old! I prayed Rebekah (our first child) would have extra patience, since I was always practicing on her. Many times trial and error (she might say terror!) was my approach to fatherhood. I often questioned myself, “Was I too strict?” “Did I balance firmness with fun?” Fortunately, God filled the gaps of my inadequacies. His grace became our family’s relational glue. My imperfection as a father keeps me dependent on my heavenly Father.

Jesus describes a man with two sons. So, we know from the outset this dad, like the rest of us, was a flawed father. No doubt he tried to do the best with what he had. But the pressure of raising two very different boys was real and raw. One day, he faced the challenge of how to respond to the disrespectful demand of his youngest son. The dad decided to give both boys their inheritance, knowing they might not be ready. The younger squandered his stuff and the oldest grew self-righteous. What looked like a major parenting blunder — turned out to be a decision that brought the youngest back to God. Imperfect fathers trust the Lord to bring about His perfect plan.

Do you feel overwhelmed with your responsibilities as a dad? The day in and day out energy it takes to love and lead your little ones takes much more out of you than you ever imagined. One thing is for certain: you can’t be your best without learning from the best. Alone you may be a better father than some, but with the help of others you can become a better dad than most. So, invite three other dads for coffee and discuss books and scripture about parenting. Set the tone by being vulnerable about your own insecurities. Imperfect fathers learn from imperfect fathers.

Above all, as imperfect earthly fathers we lean into our perfect heavenly Father. He takes our best efforts and carries out His will. He takes our mistakes and teaches us humility. He takes our weaknesses and makes us strong in Him. Our imperfections are not an excuse to plateau as a parent. We keep learning. We ask forgiveness from our child. We pray with our child. We play with our child. When we are honest about our fears and struggles we create an environment of open communication. Fathers fail when they quit, but they succeed when they stay engaged with their child and with Christ. Fatherhood is not for the faint of heart, but it is for a heart of faith.

How to Be a Better Father

Ephesians 6:4, “Fathers,[b] do not exasperate your children; instead, bring them up in the training and instruction of the Lord.”

Since I recognized my own shortcomings as a father about 15-20 years ago, I’ve been doing a lot of research and study of the fatherhood crisis in America.  One thing I’ve discovered is that, more than anything else, and no matter the kind of father you are, there is never a time in a child’s life when he or she doesn’t crave a father’s love.

You may not be able to spend much time with your child because of a broken marriage or business travel, or whatever it may be, but I think the number one way to be a better father is to make sure that in every single interaction you have with your child, you are assuring him or her of your love. Maybe it’s just an email or text once a day if you’re not able to see them in person, but they need to lay their head on the pillow every night assured and confident in their father’s love.

After assurances of their father’s love, the next thing children need to hear is their father’s belief in them. No matter what their friends or their teachers or even their mom says to them about what a capable and special person they are, it never carries the weight that it does coming from Dad. If you express your belief in your child, regularly and specifically, it serves as a great deterrent to the doubts that can creep in and rob them of their self-confidence and positive outlook about themselves.

This is vitally important in the older elementary and middle school years, where we are seeing so many tragic instances of bullying and social media shaming.  No matter what the world says about them, if a child knows inside “my father believes in me and sees value in me, no matter what anyone else says,” they are more able to filter out and put less stock in those external negative opinions.

Finally, while we need to reassure our children of our love for and belief in them, we also need to be clear that while we love them, sometimes we cannot condone their behavior. Our children need to know their boundaries, and that because their father loves and wants to protect them, there will be consequences for going beyond those boundaries.

Children can understand, even if they can’t verbalize it, that you can love and accept them without loving and accepting all of their behaviors.  They can even recognize it is love that wants to protect them from the harm that comes from disobedience. If they are not given boundaries and discipline, they realize there is something lacking in the love they receive. True love loves unconditionally, but comes with accountability. Children need to know they are loved, and loved enough to want what’s best for them, which means the occasional course correction. Fathers who are absent may be afraid to punish, believing it will drive their children from them, but that could not be further from the truth, as long as the children know the discipline comes out of love.

Streams in the Desert – June 15

He named the second child Ephraim, saying, “Certainly God has made me fruitful in the land of my suffering. (Gen 41:52)

The summer showers are falling. The poet stands by the window watching them. They are beating and buffeting the earth with their fierce downpour. But the poet sees in his imaginings more than the showers which are falling before his eyes. He sees myriads of lovely flowers which shall be soon breaking forth from the watered earth, filling it with matchless beauty and fragrance. And so he sings:

Perchance some one of God’s chastened children is even now saying, “O God, it is raining hard for me tonight.

“Testings are raining upon me which seem beyond my power to endure. Disappointments are raining fast, to the utter defeat of all my chosen plans. Bereavements are raining into my life which are making my shrinking heart quiver in its intensity of suffering. The rain of affliction is surely beating down upon my soul these days.”

Withal, friend, you are mistaken. It isn’t raining rain for you. It’s raining blessing. For, if you will but believe your Father’s Word, under that beating rain are springing up spiritual flowers of such fragrance and beauty as never before grew in that stormless, unchastened life of yours.

You indeed see the rain. But do you see also the flowers? You are pained by the testings. But God sees the sweet flower of faith which is upspringing in your life under those very trials.

You shrink from the suffering. But God sees the tender compassion for other sufferers which is finding birth in your soul.

Your heart winces under the sore bereavement. But God sees the deepening and enriching which that sorrow has brought to you.

It isn’t raining afflictions for you. It is raining tenderness, love, compassion, patience, and a thousand other flowers and fruits of the blessed Spirit, which are bringing into your life such a spiritual enrichment as all the fullness of worldly prosperity and ease was never able to beget in your innermost soul.
—J. M. McC.